London (CNN Business)Russian billionaires Mikhail Fridman and Oleg Deripaska have broken ranks with the Kremlin and called for an end to Russia’s war in Ukraine.

Fridman, who was born in western Ukraine, wrote in a letter to staff that he wanted the “bloodshed to end.”
“My parents are Ukrainian citizens and live in Lviv, my favorite city. But I have also spent much of my life as a citizen of Russia, building and growing businesses. I am deeply attached to Ukrainian and Russian peoples and see the current conflict as a tragedy for them both,” wrote Fridman.

“This crisis will cost lives and damage two nations who have been brothers for hundreds of years. While a solution seems frighteningly far off, I can only join those whose fervent desire is for the bloodshed to end,” he added in the letter, which was provided by his office. The Financial Times was first to report the letter.

Fridman is chairman of Alfa Group, a private conglomerate operating primarily in Russia and former Soviet states that spans banking, insurance, retail and mineral water production. Fridman has a net worth of $11.4 billion, according to the Bloomberg Billionaire’s Index.

The billionaire is also chairman of Alfa Bank, Russia’s fourth biggest financial services firm and its largest private bank. Alfa Bank was hit last week by sanctions that will prevent it from raising money through the US market. 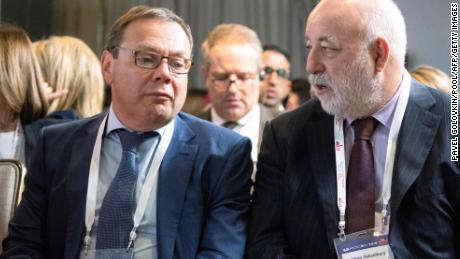 Fridman’s call for peace was echoed by Deripaska, a billionaire who made his fortune in the aluminum business.
“Peace is very important! Negotiations need to start as soon as possible!” Deripaska said Sunday in a post on Telegram.
He also addressed the economic situation in a series of posts on Monday as the ruble collapsed and Russia’s stock market failed to open for trading.
“I really want clarifications and intelligible comments on the economic policy for the next three months,” Deripaska said, adding that the central bank’s decision to dramatically hike interest rates and force companies to sell foreign currency are the “first test of who will actually be paying for this banquet.”
“It is necessary to change the economic policy, [we] need to put an end to all this state capitalism,” he added.
Deripaska emerged from the chaotic scramble for assets following the collapse of the Soviet Union with a massive fortune, which Forbes estimated at $28 billion in 2008. In 2018, he was sanctioned by the United States, which noted that the oligarch “does not separate himself from the Russian state.” 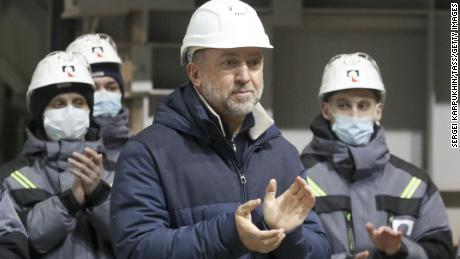 Russia’s oligarchs face economic chaos and punishment by the West after President Vladimir Putin ordered his troops into Ukraine last week. The United States and allies including the United Kingdom have responded by targeting wealthy individuals who are close to the Kremlin with sanctions.
The United States is even targeting the families of oligarchs — a new step aimed at eroding support for Putin among Russia’s elite. Last week, the US Treasury sanctioned the sons of two of Putin’s closest officials.

“Elites close to Putin continue to leverage their proximity to the Russian President to pillage the Russian state, enrich themselves, and elevate their family members into some of the highest positions of power,” the Treasury Department said in announcing the sanctions.
— Anna Stewart contributed to this article.
Source: Read Full Article