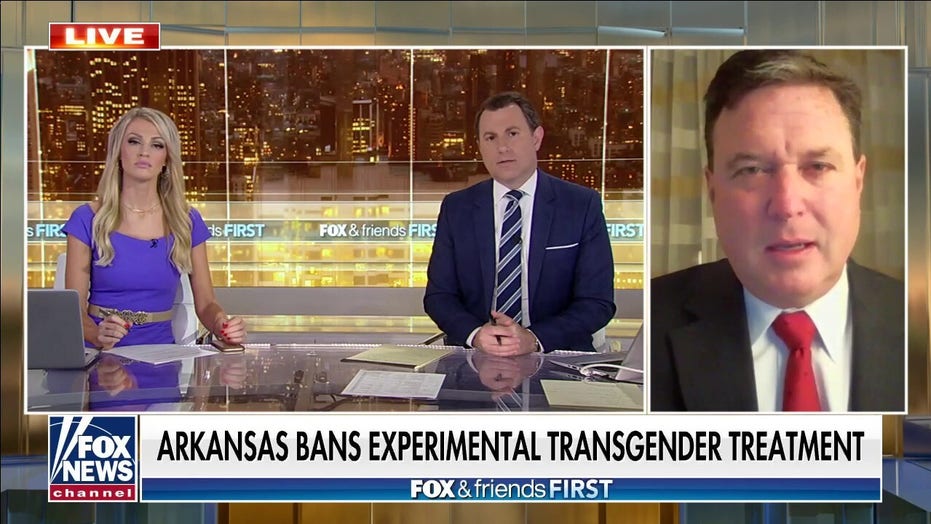 Texas Attorney General Ken Paxton responded after President Biden called on Congress to sign the Equality Act and condemned Republican state laws that he characterized as attacks on transgender Americans and their families in the State of the Union address Tuesday.

“For our LGBTQ+ Americans, let’s finally get the bipartisan Equality Act to my desk,” Biden began. “The onslaught of state laws targeting transgender Americans and their families is simply wrong. As I said last year, especially to our younger transgender Americans, I will always have your back as your president, so you can be yourself and reach your God-given potential.”

While many states across the country have passed laws preventing male-to-female transgender people from competing in women’s sports and restricting access to “puberty-blockers” and cross-sex hormones for minors, Biden’s claim about attacking “families” may refer to controversial new policy in Texas. The American Civil Liberties Union (ACLU) and Lamba Legal sued Tuesday to block the new Texas policy, which directs the Department of Family and Protective Services (DFPS) to consider as child abuse the use of certain controversial transgender procedures on children. 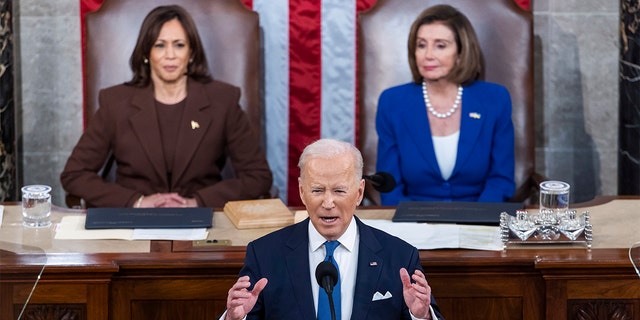 President Joe Biden delivers his first State of the Union address to a joint session of Congress at the Capitol, Tuesday, March 1, 2022, in Washington as Vice President Kamala Harris and House speaker Nancy Pelosi of Calif., look on.
(Jim Lo Scalzo/Pool via AP)

Paxton, whose legal opinion formed the basis for the new policy, called Biden’s remarks “shocking and sad” in comments to Fox News Digital.

“It is shocking and sad that Joe Biden would champion cruel forms of child abuse such as genital mutilation through forced so-called sex-change operations and the prescription of dangerous puberty blockers,” Paxton told Fox News. “I will always defend the children of Texas from these inhumane procedures.”

Gov. Greg Abbott, R-Texas, ordered DFPS to investigate instances where Texas children have been subjected to “a wide variety of elective procedures for gender transitioning, including reassignment surgeries that can cause sterilization, mastectomies, removals of otherwise healthy body parts, and administration of puberty-blocking drugs or supraphysiologic doses of testosterone or estrogen.” 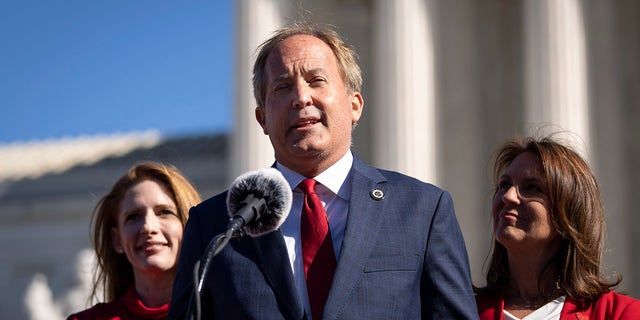 That order cited a legal opinion from Paxton, which determined that controversial transgender procedures constitute child abuse. The opinion cited numerous doctors and other medical sources, claiming that “there is no evidence that long-term mental health outcomes are improved or that rates of suicide are reduced by hormonal or surgical intervention.”

“No family should have to fear being torn apart because they are supporting their trans child,” Adri Pérez, policy and advocacy strategist at the ACLU of Texas, said in a statement on the lawsuit. Pérez claimed that the directives of Abbott and Paxton are not “rooted in the needs of families, the evidence from doctors and the expertise from child welfare professionals.” The spokesperson claimed that “gender-affirming health care saved my life, and other trans Texans should be able to access medically necessary, lifesaving care.”

Paxton previously opened an investigation into pharmaceutical companies over the use of certain drugs to block puberty in cases of gender dysphoria, which Paxton’s office describes as “a diagnosed mental disorder in which a person experiences significant distress related to a strong desire to be of another biological sex.” 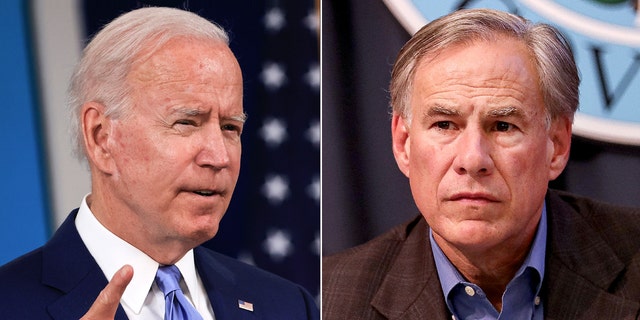 “I agree with AG Paxton that these drugs are only FDA approved as puberty blockers in children for the purpose of treating central precocious puberty and not for gender dysphoria,” Dr. Michael Laidlaw, an independent private practice endocrinologist in Rocklin, Calif., told Fox News in Dec. 2021.

“Central precocious puberty is a medical condition in which a child starts puberty at an abnormally young age, say age 4,” Laidlaw explained. “Medications like Supprelin LA are used to stop this abnormal puberty. Then once the child reaches a typical age for puberty (say age 11 or 12), the medication is stopped, and then normal puberty will resume.”

“The off-label use of these medications for gender dysphoria is completely different,” the endocrinologist added. “In this case the healthy child has already begun normal puberty. But then the medication is given to block normal puberty. Blocking normal puberty has numerous unhealthy side effects including loss of normal bone development, interference with normal brain and social development, and importantly causes infertility and sexual dysfunction. Many of these effects will be irreversible.”

Abbott won the Republican gubernatorial nomination in Texas on Tuesday, while Paxton was likely to enter a run-off in his re-election campaign.