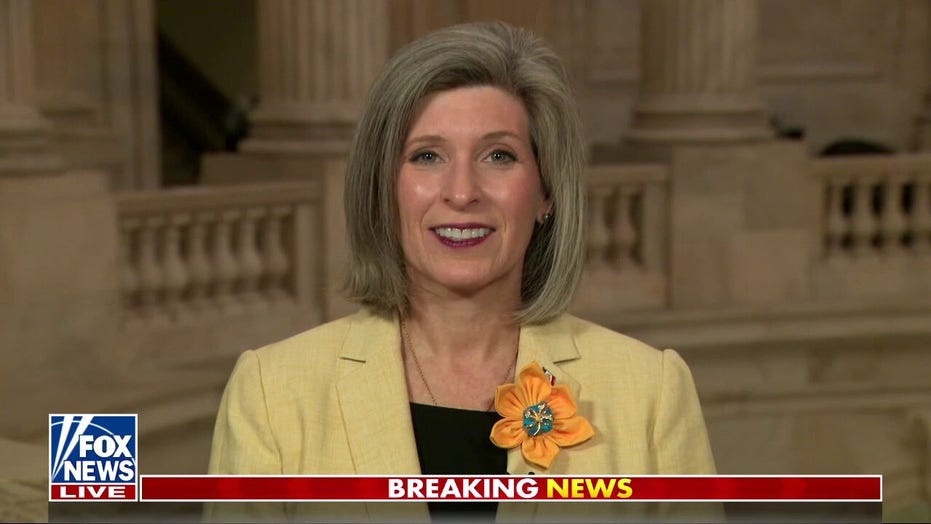 Senator Joni Ernst discusses the sanctions Biden has placed on Putin and how he is avoiding a major opportunity to sanction energy revenues on ‘Hannity.’

Ahead of the president’s first State of the Union address Tuesday, House Republicans said Biden has given Russian President Vladimir Putin leverage by canceling the Keystone XL pipeline and freezing new oil and gas leases, while paying for Russian oil.

“Just look at some of the steps that President Biden took since he’s been president that have given leverage to Vladimir Putin and put billions of dollars in his pocket to finance this war against Ukraine,” GOP Whip Steve Scalise said at a news conference ahead of the State of Union address.

The United States and allies have announced new sanctions against the Central Bank of Russia and removed certain banks from the SWIFT financial system, but the new measures spare Russia’s oil and natural gas exports.

Rep. Steve Scalise, R-La., delivers remarks during a Republican-led forum on the origins of the COVID-19 virus at the U.S. Capitol on June 29, 2021 in Washington, D.C.
(Kevin Dietsch/Getty Images)

The most recent data from the U.S. Energy Information Administration shows that in December, the U.S. imported 405,000 barrels per day of crude oil and petroleum products from Russia or almost 5% of all U.S. imports for the month. That’s down from about 800,000 barrels in August.

The largest exporters of energy to the United States are Canada and Mexico.

Republicans also hit Biden for waiving sanctions on the company behind Russia’s Nord Stream 2 gas pipeline to Germany back in May, saying it was in the U.S. interest. The pipeline was put on pause by Germany after the Russian invasion of Ukraine. 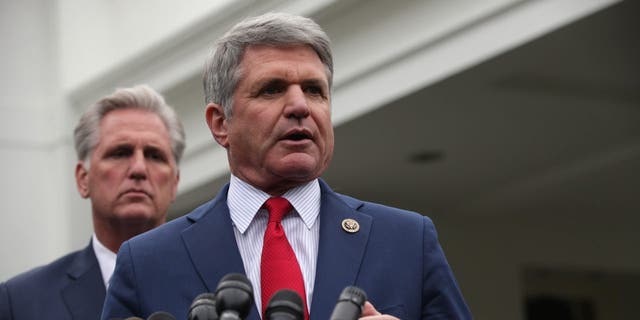 Rep. Michael McCaul, R-Texas, briefs members of the media outside the West Wing of the White House.
(Alex Wong/Getty Images)

“The United States of America, we are importing Russian energy. This needs to stop. We are funding Putin’s war machine,” said Michael McCaul, the top Republican on the House Foreign Affairs Committee.