New York (CNN Business)Crude oil prices briefly surged to their highest levels since 2008 Thursday morning before pulling back a bit. Still, at about $110 a barrel, there are growing concerns that skyrocketing energy prices could lead to a severe economic pullback in the United States and around the globe.

After all, soaring oil prices were one of the main reasons for recessions in the mid-1970s, early 1980s and early 1990s. Oil prices rose sharply before the Great Recession too; however, that downturn was more due to the subprime mortgage bubble bursting and the ensuing Global Financial Crisis.
Although supply shock concerns triggered by Russia’s invasion of Ukraine continue to rattle the global oil markets, some experts push back at the notion that rapidly rising oil prices will cause an economic slowdown. 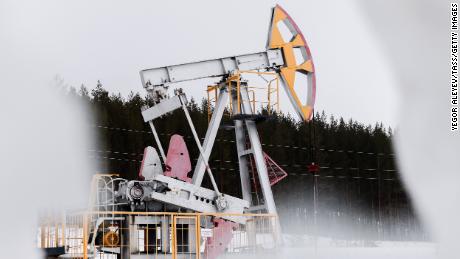 With more consumers driving electric cars, oil and gas prices may have to surge even further — and stay at elevated levels for a long time — before consumers really start to feel economic pain and begin changing spending habits.

“Oil may have to get to $120 or even $130 a barrel for people to really notice,” said Dec Mullarkey, managing director of investment strategy and asset allocation at SLC Management. “Consumers still have a lot of savings and the employment situation is good. So there is a strong base.”

If oil prices keep climbing then the global economy would likely get hit pretty hard. People would eventually pull back on spending due to persistently higher energy prices, especially if big companies keep piling on price hikes for other consumer goods.

Nobody likes to pay more for home heating bills or to fill the tank of their cars at the gas station. But the US economy is still growing at a healthy clip. Wages are rising and the job market is strong.
Until workers start losing jobs, higher oil prices may be more of an annoyance than a game changer for the economy that leads to a crippling recession.
“If you are worried about a coming recession, and I know many of you are, watch the weekly jobless claims. They are still near pre-pandemic lows,” Tracey Ryneic, equity strategist at Zacks Research, said in a tweet earlier this week, before the latest jobless claims data showed a drop in the number of people filing for weekly unemployment benefits. 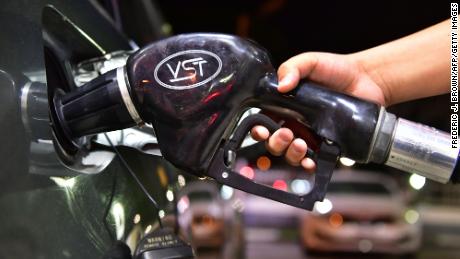 Payroll processor ADP reported earlier this week that 475,000 private sector jobs were added last month. The federal government will release the official jobs figures for February Friday morning.
Economists are forecasting a gain of 400,000 jobs. Ryneic said in her tweet that the US would need to suffer two straight months of job losses before recession fears would be legitimate.
Given this underlying strength, it appears that US consumers will be able to withstand further spikes in oil prices. For now. The old axiom about every $10 spike in the price of oil leading to a pullback in economic growth may no longer be the case.
“The percentage of disposable income spent on energy by American consumers is lower now,” said Mark Luschini, chief investment strategist at Janney Montgomery Scott. “So the price point that applies pressure to pocketbooks is higher.”
That may even be true for the global economy. Consumers (and investors) also need to factor in that energy prices, when adjusted for inflation, aren’t as high now as during previous oil shocks. 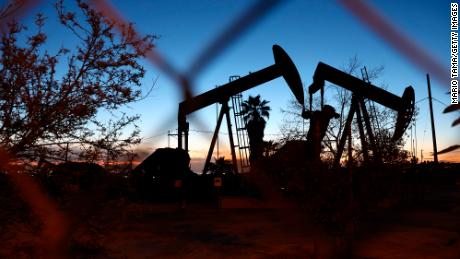 “The real price of oil is still not beyond the late 1970s or 2008 peaks, and economies are less energy intensive,” said Jim Reid, a strategist with Deutsche Bank, in a report Thursday.
Reid noted that oil prices have surged about 25% since the Russian attack on Ukraine began.
But he added that prices would have to spike by 50% from pre-invasion levels to lead to a big pullback in growth. That implies a price of above $135 a barrel for US oil prices and around $145 for Brent crude prices, the global benchmark.

Reid also said that prices would need to stay there for an extended period — probably throughout the rest of the year — to make a dent on the global economy.
“[Higher oil prices] would have to be sustained to have the full impact,” Reid wrote.
Source: Read Full Article