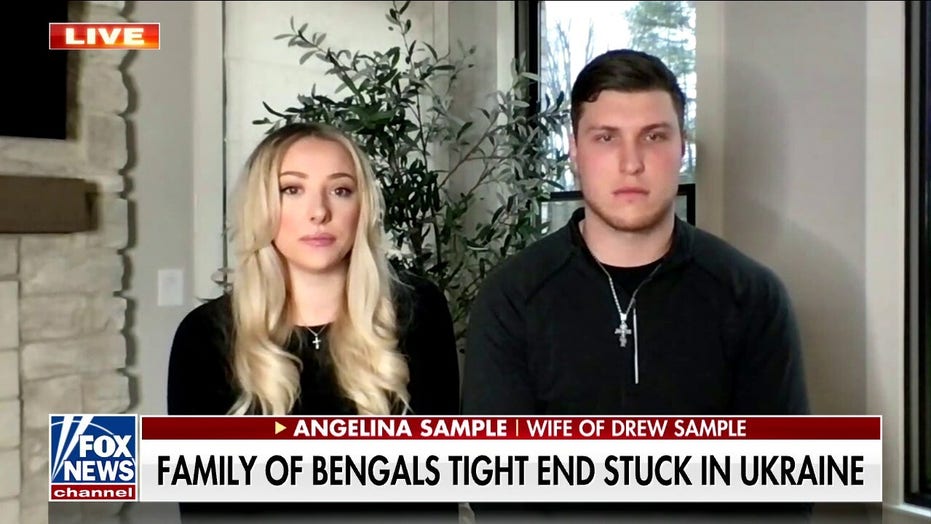 Stuck in Ukraine: Bengals tight end, wife speaks out as family is stranded in the war-torn country

Cincinatti Bengals tight end Drew Sample and his wife spoke out on “Fox & Friends” Monday in an effort to draw attention to the Russian invasion of Ukraine as their family remains stranded in the war-torn country.

“I call them up on the phone, and they answer it. They’re sitting in the dark in the basement. I’m like what’s going on?” Angelina Sample, Drew’s wife, told co-hosts Brian Kilmeade, Ainsley Earhardt, and Steve Doocy.

Angelina, who goes by the name Ang, was born in Ukraine. On her mother’s side, Ang’s grandparents, aunt, and their families, including children, are all stranded in the country. Her father’s mom, brothers, and their families are all trapped as well.

Ang and Drew are looking to evacuate her grandmother, who lives in a rural village currently without electricity.

Over the last few days, temperatures have dropped below freezing, coinciding with the occasional snowfall. Ang told ‘Fox & Friends’ her grandmother hides in the cold, damp basement, typically used as a closet for cans to be stored in the winter. She listens to the radio for news on when it is safe to leave. 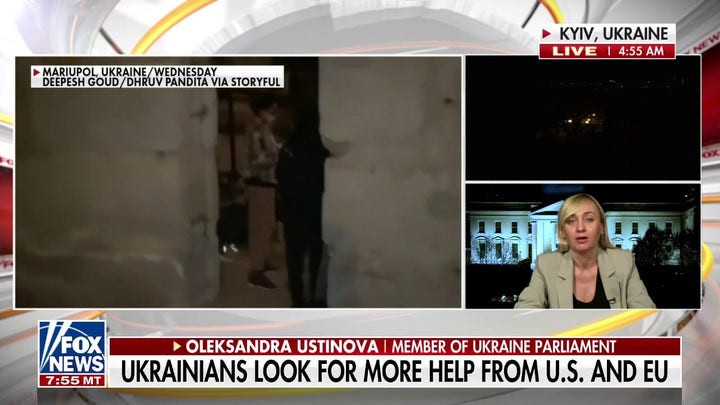 “The conditions are pretty miserable for a 76-year-old woman to be hiding in a basement at her age. It’s just dangerous for her to even get in and out, but to stay in her house is even more dangerous with air raid sirens going off,” said Ang.

One of Ang’s cousins in Ukraine just turned 18-years-old and could be expected to pick up a gun and fight. She said that his situation is true for a lot of young men in the country.

“A lot of these young men who have never held a weapon in their hands now have to potentially go fight in the Army,” said Ang.

Drew, a professional football player in the NFL, said the process to evacuate he and his wife’s family has been “difficult” and that the family has been reluctant to leave without concrete knowledge of where they would go and what would happen to them along the journey.

As their only family in the United States, Drew said he and his wife have been trying to forge a plan but acknowledged the danger and uncertainty of putting it into action.

“At least being at home is, for them right now, better than the unknown of getting to another country where they don’t know anybody,” added Drew.

The U.S. visa process to bring the family over from Ukraine could also provide its own challenges with several months-long wait times just to schedule an interview with the embassy.

Drew and Ang said they still hope their efforts will yield a positive outcome.