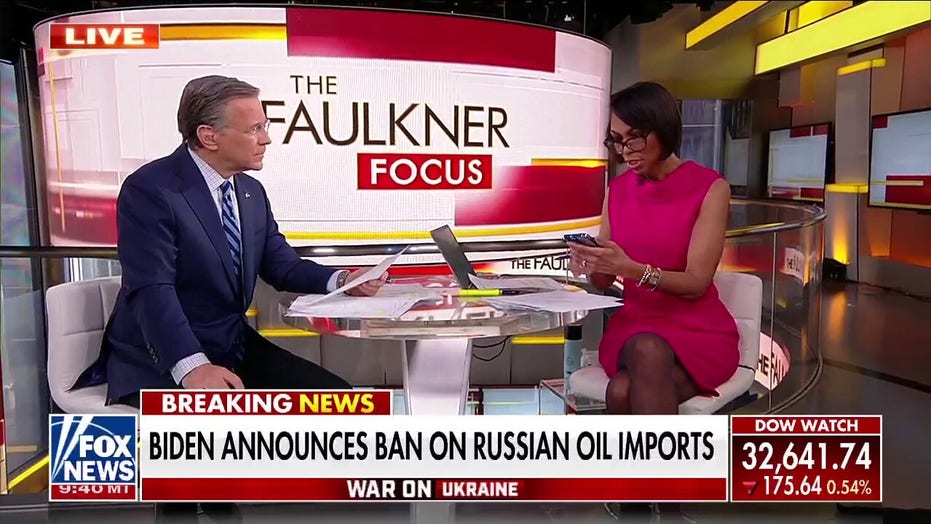 FOX Business anchor David Asman joined ‘The Faulkner Focus’ to discuss the US banning Russian oil as the White House argues price hikes are due to the Russian invasion.

U.S. intelligence officials said Tuesday that the nuclear threat from Russia is likely “increasing” as the invasion of Ukraine continues for a second week.

The assertion came Tuesday as the House Intelligence Committee convened a hearing on “worldwide threats.”

In a line of questioning focused on nuclear threats, Rep. Mike Turner, R-Ohio, asked Director of National Intelligence Avril Haines, CIA Director William Burns and U.S. Army Lt. Gen. Scott David Berrier each to evaluate how likely it would be for Russian President Vladimir Putin to activate his nuclear weapons if the United States and NATO allied forces engaged in the conflict in Ukraine.

“I absolutely agree that the threat is increasing,” Burns said. “I think our role is to try to provide insight from inside the intelligence community into the plans, the ambitions, the pace at which of adversaries – China or Russia – can move on these issues. It’s very important for us not to underestimate either the scope of those ambitions or the pace at which they can move. China and hypersonics is one example.”

Haines said that the U.S. has not seen changes to Russia’s nuclear forces that “go beyond what we have seen in prior moments of heightened tensions during the last few decades.”

The U.S. is conducting a nuclear posture review to look at its own modernization programs and policies, including a missile defense review, while considering the nuclear threat from Russia, China and other authoritarian regimes. Turner said he believed Putin feels “emboldened” given the modernization in the nuclear infrastructure in Russia. Separately, China is investing in its ICBM fields and hypersonics.

“I do believe that the threat is increasing,” Berrier said, confirming he is involved in the study. “Our role is to really provide the best military intelligence we have related to these kinds of weapons, facilities, organizations and doctrines we can so our policy makers can make the right decision.”

Earlier in the hearing, Turner described how Putin “has stated that if anyone entered the conflict, that he would escalate, including the nuclear attacks as part of his exercises.”

“Prior to entering into Ukraine, he included a nuclear weapons component,” the congressman explained. “He’s been very boisterous about his modernization of his nuclear weapons and the new capabilities they are seeking, including hypersonic which they now have deployed.” 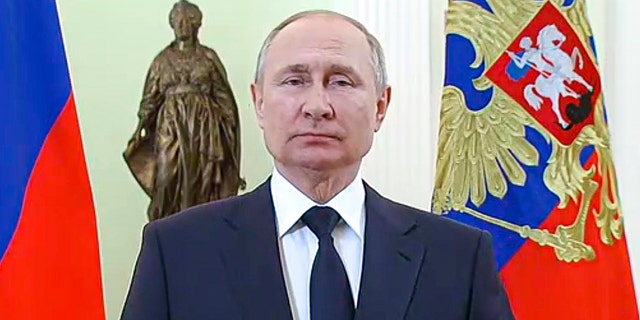 Putin made a public statement in late February that he was putting his nuclear system on a special alert status. Haines said that the remarks were “very unusual” and something to be taken “very seriously.”

“We do think that he is effectively signaling he’s attempting to deter,” Haines said.

Russia chose to conduct planned nuclear exercises, which were postponed from the fall, last month, and Haines reiterated that timing of the exercise in lockstep with the invasion of Ukraine was intended as “a way to say this could escalate and therefore NATO should not get involved.”

“We’re watching very closely for movements in relation to those strategic nuclear forces,” Haines said. “And we’re not seeing something at this stage that indicates he is doing something different.”

If the United States and NATO became directly involved in the conflict in Ukraine, Burns said Russian military doctrine says, “You escalate to deescalate,” so he said “the risk would rise, according to the doctrine.”

Referring to Putin, Berrier added, “I also believe that when he says something we should listen very, very carefully, and maybe take him at his word.” Putin has invested “very wisely” in niche weapons that he feels gives him “an asymmetric advantage,” Berrier said.