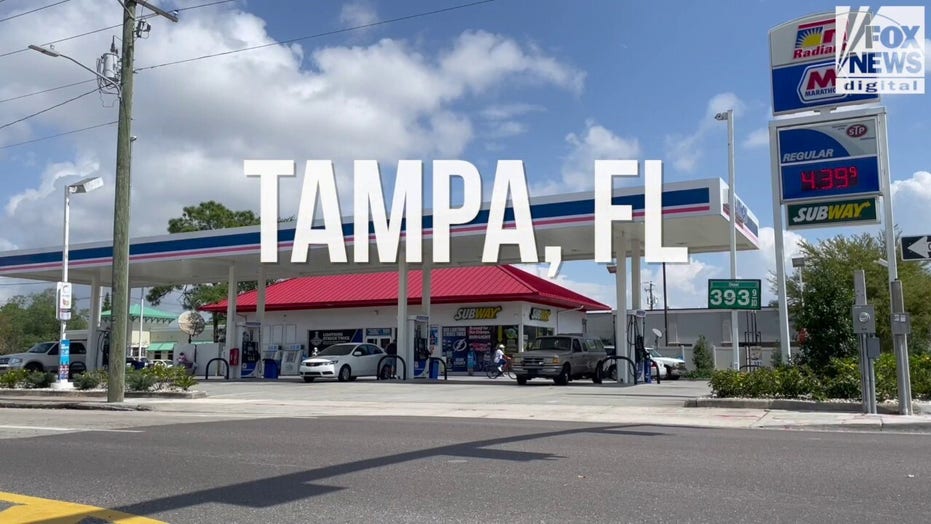 WATCH NOW: Americans hurting over gas prices call "bull" on Biden’s claim he "can’t do much."

President Biden turned to both The New York Times and The Washington Post for defense of his energy policy as Republicans have been taking aim at his administration for the spike in gas prices.

During his remarks at the House Democratic Caucus Issues Conference, Biden argued that a “big reason” for the record-high inflation was Russian President Vladimir Putin and pinned the soaring gas prices on his geopolitical rival despite being dogged by the two issues long before Russia’s invasion of Ukraine.

“From the moment he put his over 150,000 troops on the Ukrainian border, the price of gasoline in January went up 75 cents,” Biden claimed. “And Putin began amassing troops along the border and guess what? The world took notice. And those who’ve worked in the business know that the market anticipated, pricing went up more. Then Putin invaded. Make no mistake, inflation is largely the fault of Putin.” 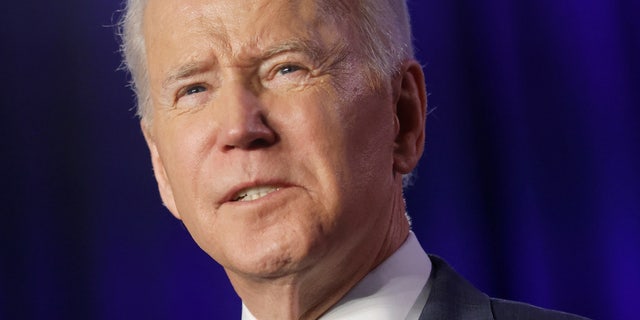 The president chided Republicans, saying he “loves” when they bring up his halting the Keystone XL Pipeline as the reason why energy prices went up.

“Folks, let’s get some straight here. The Keystone Pipeline was two years away. It had been 2% finished. Give me a break, give me a break,” Biden said, sparking a few laughs from the audience.

Biden then pulled out sheets of paper, reading a headline from the Times fact-checker that declared, “Republicans wrongly blame Biden for rising gas prices.” He also cited a Post op-ed from columnist Dana Milbank who wrote, “Biden heeded Republicans’ pleas to ban Russian oil. Then they pounced.”

“Don’t let anybody tell you anything you did supporting the idea that we block Russian oil coming into the country which is – and I said at the time, prices are going to go up for gasoline. It wasn’t anything we did,” Biden assured the Democrats in the audience.

The Times offered a lengthy “fact check” of GOP lawmakers who’ve pinned the blame of costly energy on the Biden administration.

“As gas prices hit a high this week, top Republican lawmakers took to the airwaves and the floors of Congress with misleading claims that pinned the blame on President Biden and his energy policies,” Times fact-check reporter Linda Qiu wrote on Wednesday. “While Republican lawmakers supported the ban, they asserted that the pain at the pump long preceded the war in Ukraine. Gas price hikes, they said, were the result of Mr. Biden’s cancellation of the Keystone XL pipeline, the temporary halt on new drilling leases on public lands and the surrendering of ‘energy independence’ — all incorrect assertions.”

The Post’s Milbank blasted Republicans for urging Biden to ban Russian energy and then responded to the newly-imposed ban “by blaming his energy policies for spiking gas prices.”

“It’s not only that the charge is bogus — the current price of gas has virtually nothing to do with Biden’s energy policies — but that the Republican officials leveling it are sowing division at home and giving a rhetorical boost to the enemy at a perilous moment when national unity and sacrifice will be needed to prevail against Russia,” Milbank wrote Wednesday, before accusing Republicans of “leaping” to Putin’s defense.