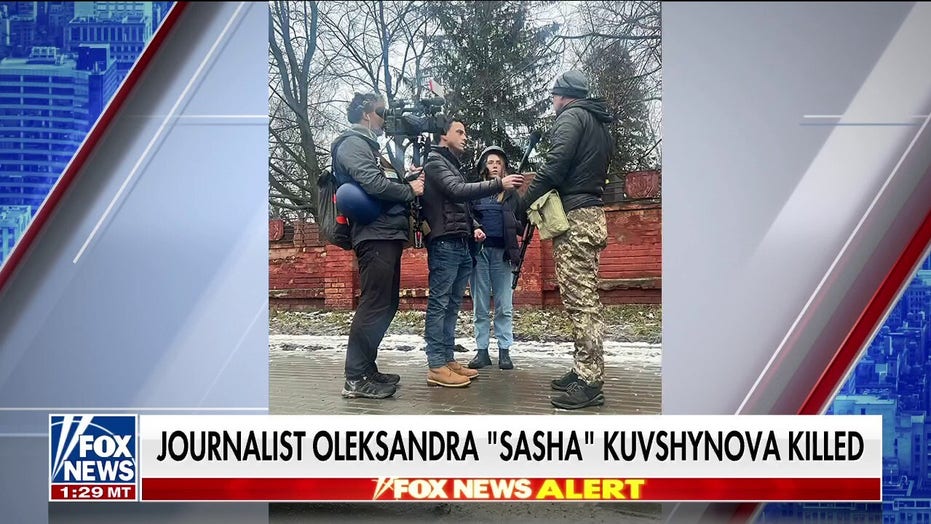 Kuvshynova, who was serving as a Fox News consultant, was killed alongside cameraman Pierre Zakrzewski while in the field with Benjamin Hall.

Ukrainian journalist Oleksandra “Sasha” Kuvshinova, who was serving as a consultant for Fox News on the ground during the course of the Russian invasion, was killed Monday alongside Fox News cameraman Pierre Zakrzewski when their vehicle was struck by incoming fire. She was 24 years old.

“In our effort to keep you updated on yesterday’s tragic events, we wanted to report that journalist Oleksandra ‘Sasha’ Kuvshynova was also killed alongside our cameraman Pierre Zakrzewski when their vehicle was struck by incoming fire yesterday while in the field with Benjamin Hall,” Fox News Media CEO Suzanne Scott told staff on Tuesday. “Sasha was just 24 years old and was serving as a consultant for us in Ukraine. She was helping our crews navigate Kyiv and the surrounding area while gathering information and speaking to sources. She was incredibly talented and spent weeks working directly with our entire team there, operating around the clock to make sure the world knew what was happening in her country.”

“Our team in Ukraine tells me that Sasha had a passion for music, the arts and photography and was a joy to work with. Several of our correspondents and producers spent long days with her reporting the news and got to know her personally, describing her as hard-working, funny, kind and brave. Her dream was to connect people around the world and tell their stories and she fulfilled that through her journalism,” Scott wrote. “We held off on delivering this devastating news earlier today out of respect for her family whom we have been in touch with throughout and we extend our deepest condolences to them.” 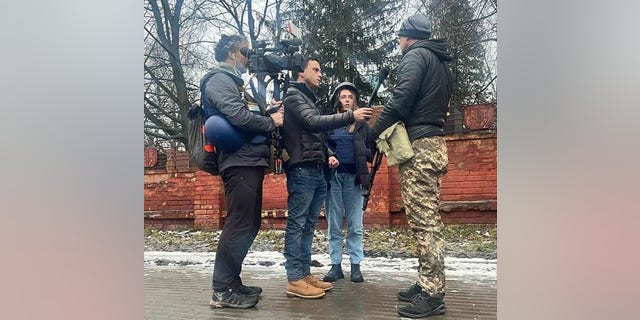 “In yesterday’s attack near Kyiv, we have lost a beautiful brave woman – Oleksandra Kuvshinova – Sasha,” Friling wrote. “She loved music and she was funny and kind. she was 24 years old. She worked with our team for the past month and did a brilliant job. May her memory be a blessing.”

Earlier in the day, Fox News Media CEO Suzanne Scott announced that veteran Fox News cameraman Pierre Zakrzewski had also died after his vehicle was struck by incoming fire in Horenka, outside Kyiv.

“It is with great sadness and a heavy heart that we share the news this morning regarding our beloved cameraman Pierre Zakrzewski,” Scott said. 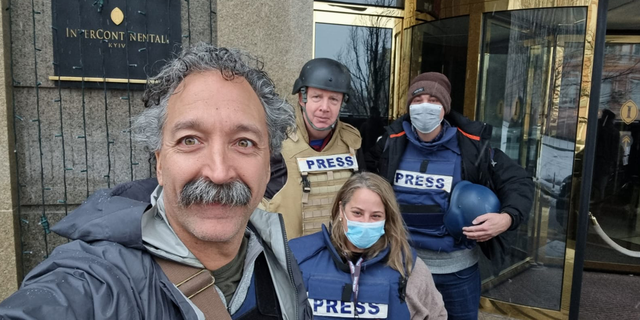 “Pierre was a war zone photographer who covered nearly every international story for FOX News from Iraq to Afghanistan to Syria during his long tenure with us,” she added. “His passion and talent as a journalist were unmatched. Based in London, Pierre had been working in Ukraine since February.”

“His talents were vast and there wasn’t a role that he didn’t jump in to help with in the field — from photographer to engineer to editor to producer — and he did it all under immense pressure with tremendous skill,” Scott continued. “He was profoundly committed to telling the story and his bravery, professionalism and work ethic were renowned among journalists at every media outlet. He was wildly popular – everyone in the media industry who has covered a foreign story knew and respected Pierre.”

Last year, Zakrzewski played a key role in getting Afghan freelance associates and their families out of the country after the U.S. withdrawal, Scott said. In December at Fox News’ annual employee Spotlight Awards, he was given the “Unsung Hero” award “in recognition of his invaluable work.”

“We extend our deepest condolences to Pierre’s wife Michelle and family,” Scott wrote to Fox News Media staff. “Please keep them all in your prayers. And please continue to pray for Benjamin Hall.”