In 2012, John O’Neill fronted his first annual general meeting as the chairman of Star Entertainment, back then it was known as Echo Entertainment. At that meeting O’Neill told shareholders he was “determined that there be no more slip-ups or stumbles”, words which would come back to haunt him a decade later.

Ten years ago, Star Entertainment was in turmoil. Its managing director was sacked amid allegations of sexual harassment, then the board rolled the chairman John Story after a ruthless and public campaign against him by billionaire James Packer, who was​ ​the company’s biggest shareholder. An inquiry by NSW’s Independent Liquor and Gaming Authority also happened that year, which looked into a range of allegations against the group, surrounding its culture and the allegations of staff sexual harassment and drug use. It was cleared. And then in January 2013 the company’s chief executive departed. 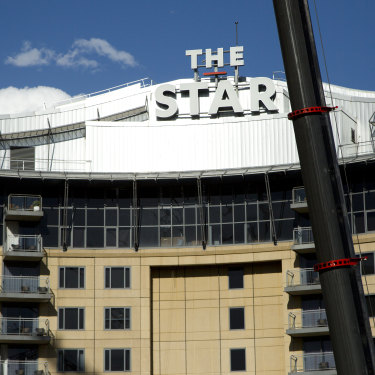 The Star casino is facing an inquiry into money-laundering and poor governance.Credit:Ryan Stuart

In the same month as the 2012 annual general meeting, O’Neill gave a media interview in which he reiterated there would be a significant improvement of ​the ​casino’s management and operations. “Right at the top of my priority list is no more stumbles. We’re a regulated industry, we’ve got to make sure that risk and compliance are at the top of the agenda, and not have any behaviour or errors of judgment that provide the regulator or government or other interested parties a free kick.”

A decade on, there are allegations of much more serious stumbles and slip-ups plaguing the casino group. Star Entertainment is the subject of an independent inquiry led by Adam Bell, SC, which began public hearings on Thursday to determine if Star Entertainment is complying with regulations and remains suitable to hold a casino licence in Sydney. The inquiry is examining allegations of money laundering and poor governance at Star’s flagship Sydney operation, and whether it had been infiltrated by organised crime.

​​An investigation by The Age and The Sydney Morning Herald revealed that in 2018, global audit firm KPMG was commissioned by Star to provide two reports to the board’s audit committee, which included chief executive Matt Bekier and chairman John O’Neill. On May 24, 2018, the committee received the confidential reports. They outlined how Star was profoundly failing to combat the risk of money-laundering, terrorism financing and corruption at its Sydney and Queensland casinos.​

As many of Star’s operational staff and managers appear before the ​Bell ​inquiry, it’s expected that members of the board could also be called in the next month, just as they were during the Bergin inquiry into Crown’s casino operations. The latter inquiry found last year that Crown was not fit to operate its casino licence in Sydney, following a series of shocking findings that it had facilitated money-laundering and had been infiltrated by organised crime in its Melbourne and Perth casinos.

Most of Crown’s board has turned over since that report. It’s a similar story at Westpac and Commonwealth Bank boards after those companies were the subject of separate money-laundering allegations and fines.

Russell Wilson, SC, who works for law firm Maddocks, and was a general counsel of AUSTRAC for a decade, said it was clear from the inquiry into Crown that senior management and the board had been complacent. “The board ultimately has oversight of the anti-money laundering program of the organisation. They do need to know when they need to listen to the subject-matter experts who send up the red flags because of the consequences we’re now seeing playing out with Crown.” 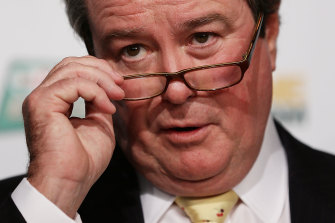 This month, AUSTRAC, the financial intelligence regulator, launched court action against Crown accusing it of breaching anti-money laundering and counter-terrorism finance laws and continuing to contravene the law due to wholly inadequate oversight by management. It faces a potentially large penalty, with the current record fine for such contraventions held by Westpac at $1.3 billion.

Wilson, who is also a director of Transparency International, ​said ​if it’s proven Star had deficiencies in its compliance system​s around monitoring money-laundering then it would be important for the company to demonstrate what measures it had taken to address those problems, and how well its compliance teams were being resourced​. He said this could be relevant to any potential civil penalty proceedings. ​

​He also ​believed ​board renewal at all corporations is important​ so there ​is ​​fresh scrutiny of management and ​to avoid complacency.

Vas Kolesnikoff, head of research at Institutional Shareholders Services in Australia and New Zealand, said​ board tenure becomes a corporate governance concern after a director has served for too long. He said after 12 years on a board​, ISS no longer classified a director as independent. “If you have been there for too long, you’re no longer coming in with fresh eyes, you’re potentially too close to management. Directors have an oversight role of management.”

He said ISS ​was looking closely at ​the longevity ​of a number of Star’s directors. “He [O’Neill] has got 11 years tenure at Star, but if you add the Tabcorp tenure, it’s way over. And combined with the fact there are a number of directors that have been on board since 2012. Our report will say that concerns for shareholders are that this board does not have a lot of turnover. It’s a corporate governance concern.”

O’Neill, 70, who also chairs Queensland Airports, is not the only director who has served for a long period on Star’s board. Katie Lahey, a former Business Council of Australia, chief executive marks a decade at the company this year, as does former Macquarie Group executive Richard Sheppard, who is also chairman of Dexus, and a director at Snowy Hydro.

Lawyer Sally Pitkin, who is also chair of the Super Retail Group, and a director of Link Group, has been on Star’s board for almost eight years. Gerard Bradley, who chairs the Queensland Treasury Corporation, and is also a director of Pinnacle Investment Management, has been on the board nine years.

Bekier, Star’s chief executive and a board director, joined the group as chief financial officer in 2011 from Tabcorp and became chief executive in 2014. When Bekier took the top job the company was still lurching from crisis to crisis and had lost its monopoly on the ­lucrative Sydney market when James Packer’s Crown won the right to build a new casino in the Barangaroo precinct on Sydney Harbour.

Recent additions to Star’s board, include Ben Heap, a former investment banker with UBS turned venture capitalist, who was announced as a director in 2017, but officially joined in 2018. In February this year, the board announced that Michael Issenberg, who chairs Tourism Australia and Reef Corporate Services, which manages the Reef Casino Trust, would also join.

‘Our report will say that concerns for shareholders are that this [Star] board does not have a lot of turnover. It’s a corporate governance concern.’

It’s not yet known the extent to which any of these directors flagged or knew of any governance concerns at Star.

Star was contacted for comment about its board renewal policy and whether a succession plan was in place for its chairman and chief executive, but it did not respond. 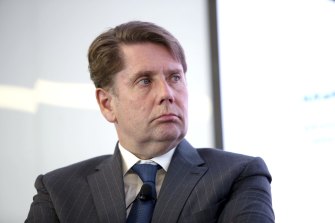 Geoff Wilson, founder of Wilson Asset Management, which has a small shareholding in Star Entertainment, said for him the mix of skills on the board was more important than tenure. “All board members understand their obligations, they all want the company to succeed and prosper and do what’s required to do that,” he said. The question he said was whether they had the right people with the expertise at board level to understand and provide the scrutiny related to money-laundering, and the need to have knowledge in that area of compliance.

Maddock’s Russell Wilson said if the allegations against Star ​are proven, and it​ i​s shown that it was a mistake not to take seriously the recommendations in the KPMG report, then he said it would be almost inevitable that change would occur ​at ​senior management and board​ level​. “Even if it​’s​ for appearances only, you would need to have a couple of heads roll. Hopefully, it’s a meaningful change as well, not just symbolic, in the sense that someone’s got to take responsibility.”