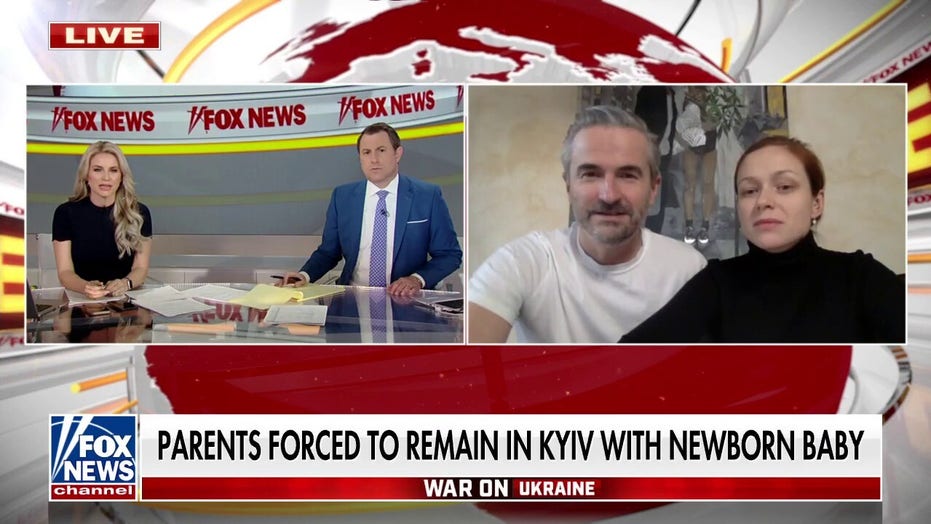 Sergii and Daria Nosenko joined ‘Fox & Friends First’ to discuss what life is like for their family as the Russian invasion continues.

A Ukrainian-American couple who is stranded in Kyiv with their newborn baby is making bread and spreading messages of hope as Putin’s assault on the war-torn nation has prompted millions to flee their homes.

Sergii and Daria Nosenko joined “Fox & Friends First” Monday to discuss what life is like on the ground in Ukraine as they navigate their everyday, and how they remain so positive while living in a warzone.

“Staying with your loved ones is the general remedy in every situation,” Sergii told co-hosts Todd Piro and Ashley Strohmier. “So we kind of like holding hands and making bread and waking up early in the morning taking care of the baby.” 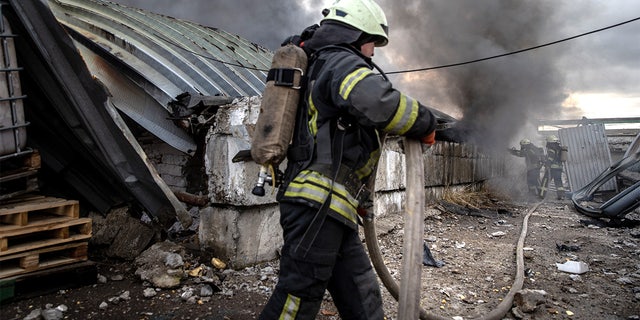 Firefighters try to extinguish a fire after a chemical warehouse was hit by Russian shelling on the eastern frontline near Kalynivka village on March 08, 2022, in Kyiv, Ukraine.
(Photo by Chris McGrath/Getty Images)

“It’s kind of light against darkness and good against evil situation, you know, and then we are in the middle of it, and we’re kind of proud, and we want to share it with the world and tell people, never, never lose hope. Everything will be alright.”

The couple explained they have not left Ukraine because they want to stay together, but Sergii technically cannot leave Ukraine, and there is no longer a U.S. embassy in Ukraine for them obtain the necessary documents.

“The plan is to make more bread for now, as you’re saying day to day because we have absolutely no idea what’s going to happen next.,” Daria said.

The pair said they give part of the proceeds to the Ukrainian army as they continue to fight back against Putin’s forces.

Since the Russian invasion began almost a month ago, the United Nations estimates over 3.4 million Ukrainians have fled the country.