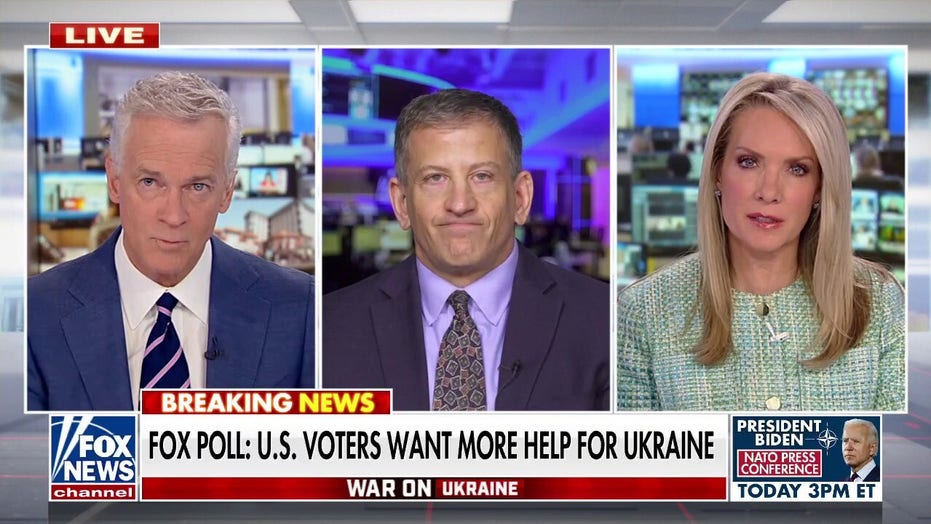 Dan Hoffman says NATO must provide additional support to Ukraine to secure victory over Russia: ‘Putin is still in this thing to win it’

The 30-member NATO alliance on Thursday called on China to abandon any plans to support Russia during its “war effort” in Ukraine and asked that it look to use its “significant influence” to broker peace instead.

“China must not provide economic or military support for the Russian innovation,” NATO Secretary-General Jens Stoltenberg said following an extraordinary summit in Brussels. “Beijing should use its significant influence on Russia and promote an immediate peaceful resolution.” 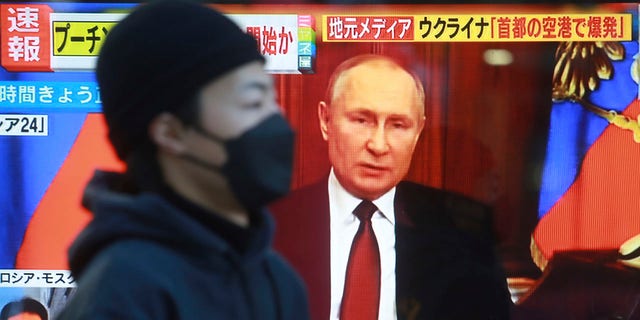 A man walks past a TV screen with an image of Russia’s President Vladimir Putin in Tokyo, Thursday, Feb. 24, 2022. As Russia intensifies its assault on Ukraine, it is getting a helping hand from China in spreading inflammatory and unsubstantiated claims that the U.S. is financing biological weapons labs in Ukraine.
(AP Photo/Koji Sasahara, File)

Over the last several weeks, reports have surfaced suggesting that the U.S. and its European allies have received intelligence that Beijing is considering supplying its ally with aid as Russian President Vladimir Putin has failed to swiftly take Ukraine.

China has repeatedly claimed that it respects international laws enshrined under the United Nations along with a state’s right to sovereignty.

But Chinese President Xi Jinping has refused to condemn Putin’s month-long invasion that has led to more than 3.5 million refugees fleeing the war-torn nation and thousands of casualties on both sides.

President Biden has reportedly warned Xi of consequences should Beijing provide Moscow with material support. And Stoltenberg on Wednesday accused China of spreading the “same lies” as Russia as it looks to justify its invasion.

U.S. and NATO officials have condemned Beijing’s stance and have argued that suggesting the U.S. and NATO hold talks with Russia to discuss its security concerns gives credence to Putin’s invasion. 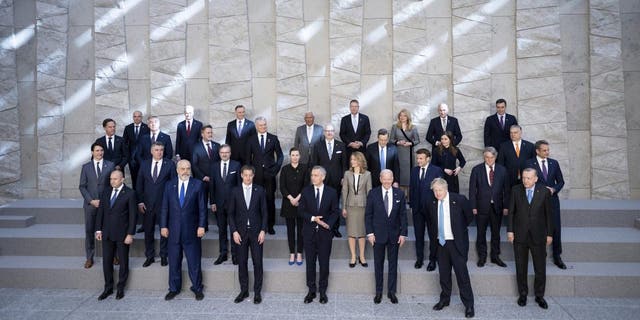 The alliance has repeatedly accused Russia of falsely participating in diplomatic talks as NATO worked to deescalate the Russian military buildup along Ukraine’s borders months prior to its incursion.

NATO said Putin’s actions have changed the security reality in Europe and said it will bolster not only its defenses on land, in air and at sea, but will aid at-risk nations like Georgia.

“Today, we agreed to do more, including cybersecurity assistance and equipment to help Ukraine protect against biological, chemical, radiological, and nuclear defense,” Stoltenberg said Thursday. “We are determined to do all we can to support Ukraine.”

NATO will expand its support for Ukraine amid Russia’s growing threat of deploying internationally banned weapons by providing additional resources to help with detection and protection against chemical or radiological warfare.

Medical supplies and training for community decontamination will also be given to assist with crisis management. 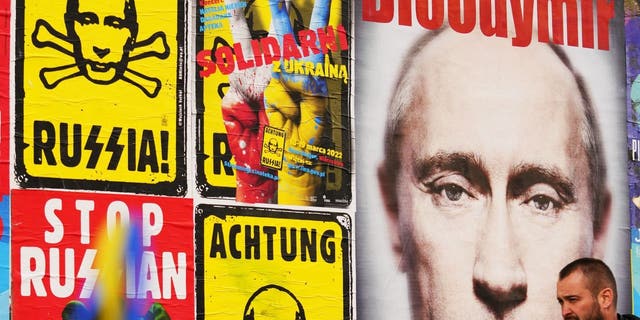 A man walks past a wall with posters depicting Russian President Vladimir Putin in Warsaw, Poland, on Thursday, March 24, 2022. Ukraine President Volodymr Zelenskyy called on people worldwide to gather in public Thursday to show support for his embattled country as he prepared to address U.S. President Biden and other NATO leaders gathered in Brussels on the one-month anniversary of the Russian invasion.
(AP Photo/Petr David Josek)

“One month since the start of Russia’s invasion of Ukraine, NATO’s security environment has fundamentally changed for the long haul,” the secretary-general added. “We are responding. But security doesn’t come for free, and doing more will cost more.”

NATO nations have until the Madrid summit in June to present plans on how they will either meet the minimum requirements to spend at least 2% of their GDP on defense or expand existing security commitments.

Stoltenberg warned that “the use of chemical weapons will totally change the nature of the conflict.”

“It will be a blatant violation of international law. It will have widespread consequences,” he added, though he refrained from citing what the consequences would be.