Singtel Optus has urged the competition regulator to block a major infrastructure deal between its two major rivals – Telstra and TPG Telecom – warning it risks creating a 5G monopoly in regional areas.

The Singaporean-owned telco said the agreement not only highlights TPG’s lack of interest in investing in regional Australia but also allows Telstra to bypass competition rules that restrict its ability to obtain access to valuable 5G spectrum. 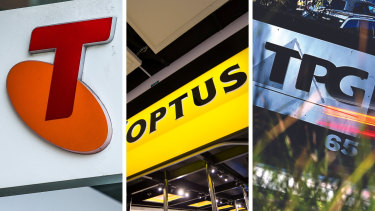 “We believe the Australian Competition and Consumer Commission (ACCC) should consider consumers’ best interests in their decision and block this arrangement for the benefit of regional Australians.”

Optus’ comments come a month after Telstra and TPG Telecom signed a historic 10-year mobile infrastructure sharing deal, which both attest will boost their respective revenues. TPG also maintains that the move will improve its coverage in regional areas.

The agreement gives TPG access to around 3700 Telstra mobile towers in regional Australia and on urban fringes (where Telstra has traditionally been the dominant service provider). TPG will decommission 725 mobile sites it operates in the areas but give Telstra access to 169 of its existing mobile sites.

There is no other industry where a combination of the 1st and 3rd largest players would be considered.”

Telstra chief executive Andy Penn said at the time the network coverage it was giving TPG was similar to what it already provides regionally to virtual mobile network operators. The $46 billion telco will also gain access to TPG’s 4G and 5G spectrum holdings, which will help expand its fixed wireless services.

The deal is expected to deliver between $1.6 billion and $1.8 billion of revenue to Telstra over the term of the agreement, while TPG has not publicly disclosed how much it will receive.

“An alternative network provider … means that our

regional communities have back-up options if one provider’s network succumbs to extreme weather, disaster or power failure. Thankfully, today we have those back-up options. But all of this is being put at risk by the partnership proposed by Telstra and TPG.”

“The proposed partnership should be of major concern to government, our regulators, and regional communities. There is no other industry where a combination of the 1st and 3rd largest players would be considered,” he said.

The ACCC is currently assessing whether to oppose the deal. It has 90 days to make its decision. Before his departure, former ACCC boss Rod Sims raised concerns about the implication of the deal on prices. 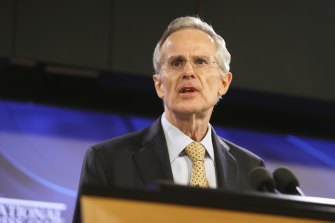 “Optus is erroneously suggesting this will reduce competition in regional areas when in fact it will do the opposite and introduce more competition and greater choice,” Mr Rickards said.

”This is not a resale agreement or even a roaming agreement. This goes much further. It is an infrastructure-sharing arrangement, pooling sites and spectrum to deliver greater choice for regional customers.“