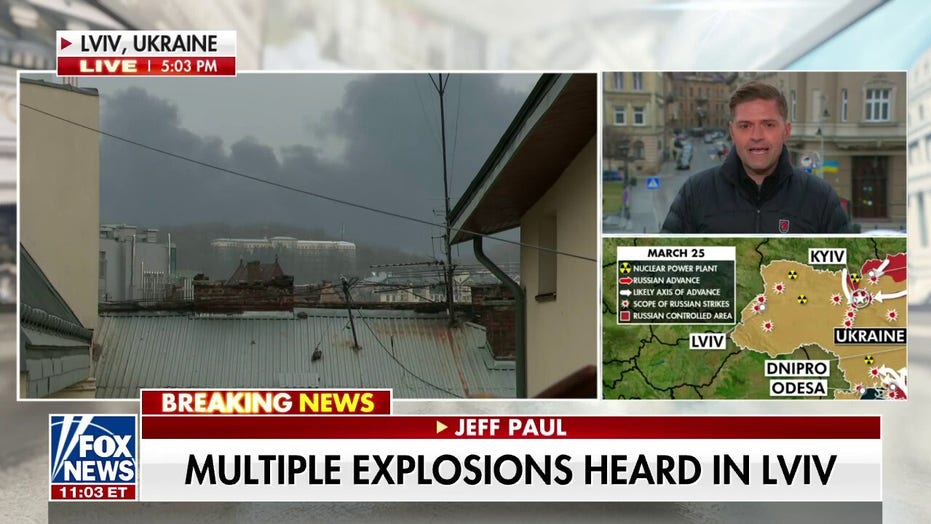 Smoke billowed over the city of Lviv in western Ukraine Saturday after multiple explosions were heard near an oil depot.

Sirens began sounding moments before three explosions were heard and then smoke could be seen rising over the city, Fox News’ Brett Velicovich described. 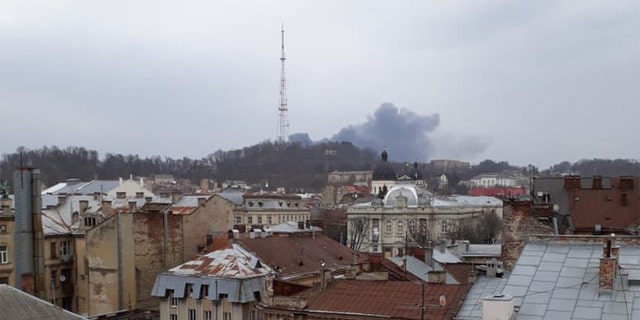 Russian forces hit the western city for the first time since the invasion began more than four weeks ago on March 18 when an aircraft repair plant was hit outside the Lviv airport – roughly four miles from the city center.

It is unclear how close to the city center the strikes Saturday were.

Lviv has become a destination for fleeing refugees seeking safe harbor from intense shelling that has plagued others parts of Ukraine.

U.S. defense officials have speculated that Russian President Vladimir Putin may be changing his strategy in Ukraine after his forces have failed to make major advances after more than four weeks of fighting. 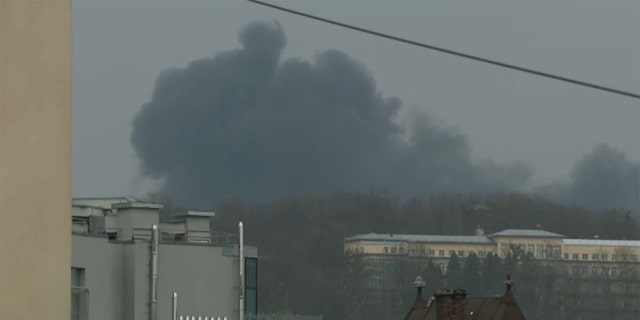 Russian troops remain stalled outside the capital city of Kyiv and Ukrainians have been able to start pushing back Russian ground troops from cities like Kherson in the south and Kharkiv to the north.

Russia’s defense ministry said on Friday that it would focus on “liberating” the eastern region of Donbas, where Russia-backed separatist groups have been fighting since 2014.

U.S. officials warned from the beginning of the incursion that Russian forces may try to encircle Kyiv in order to overthrow the democratically elected government and instate a puppet regime. 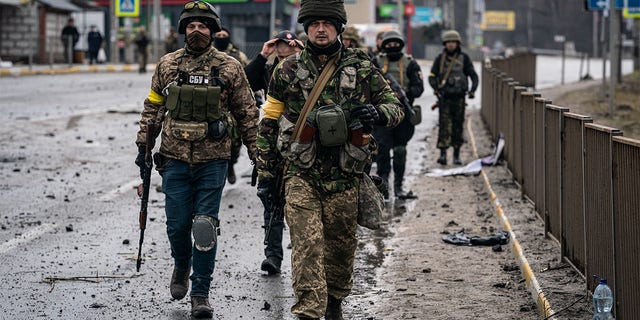 Ukrainian soldiers are seen near the recently collapsed bridge which was the target of a Russian missile, near the town of Irpin, Ukraine on March 3, 2022.
(Photo by Wolfgang Schwan/Anadolu Agency via Getty Images)

A senior U.S. defense official told reporters Friday that Russia has levied more than 1,250 missiles since the war began and will likely continue to rely on this tactic.