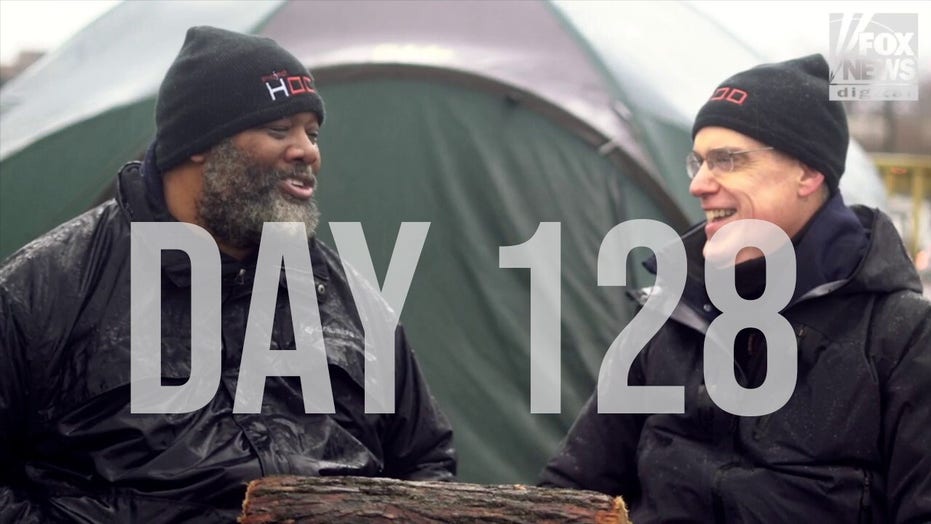 CHICAGO – Ever since Pastor Corey Brooks went onto the roof on Nov. 20, 2021, to raise funds for his much-needed community center on the South Side of Chicago, he has attracted attention from all four corners of America. One particular demographic stands out: former Chicagoans, as well as companies currently based elsewhere that had their roots in Chicago. Their love for Chicago never faded, and it saddens them to see the city struggle mightily with violence and poverty. Many of them see in the pastor and his vision the best hope to halt decades of decline so that the path of real and lasting progress may begin.

One of those companies is Crane Co., an industrial products company now based in Stamford, Connecticut. With $3 billion in revenue annually, the bosses at Crane Co. certainly could have ignored the lonely pastor on the roof fighting for his neighborhood. Yet the president and CEO, Max Mitchell, knew that his company would not be where it is today without its Chicago roots. He reached out to the pastor to ask if he could spend a night on the roof to better understand the community. On the 128th day of his rooftop vigil, the pastor warmly welcomed Mitchell to the roof. Both men sat by the campfire for a conversation.

“When the trustees of the Crane Foundation heard your message [on Fox News], we tied it back to the history of R.T. Crane, who started right here in Chicago in 1855,” Mitchell began. “He was an entrepreneur [who] started as a single-man foundry and built that to be a multimillion dollar, diversified industry.”

Crane began by manufacturing and selling brass goods and plumbing supplies. They soon won contracts to supply pipe and steam-heating equipment. Their first customers include the Cook County Courthouse and the state prison in Joliet. By 1872, the company employed 700 and manufactured over $1 million worth of products annually.

Mitchell continued with his story: R.T. Crane “was committed, just like Pastor Brooks, and he really cared about Chicago. He cared about people, and he was very philanthropic. He donated money and set up foundations back in 1914 that are still giving to this day.”

Mitchell then revealed that R.T. Crane shared a vision similar to the pastor in that he believed that one could work with his hands and become very successful. R.T. Crane believed this to the point that he was against the higher education of his time.

“I think it was a vision that was maybe an extreme on one side, but he was very passionate about apprenticeship, about trades, about how young people can be empowered to learn a skill and a trade that will help them with the rest of their career, be successful in life,” Mitchell said. “I think it is the same thing that you are so passionate about.”

The pastor nodded in agreement. His community center just graduated its sixth construction class where all 11 students, aged 18 to 50, secured employment or received offers.

But the pastor knows that the work is far from done. In a previous Rooftop Revelation, a former employee of the Chicago Teachers Union revealed to the pastor that the Chicago Public Schools systemically destroyed the vocational programs. There are only a few carpentry teachers and mechanic programs for a city of three million souls. And there are no signs that the city government will restore these pathways to opportunities, leaving it up to concerned citizens like the pastor to recreate these trades programs in the nonprofit sector.

One wonders what R.T. Crane would make of this crippling state of affairs where so many idle and unskilled hands become the devil’s tools. It has been over 100 years since R.T. Crane walked the streets of Chicago, yet the idea of the trades as a way out of poverty and violence remains as timeless as ever.

Follow along as Fox News checks in Pastor Corey Brooks each day with a new Rooftop Revelation.

Eli Steele is a documentary filmmaker and writer. His latest film is “What Killed Michael Brown?” Twitter: @Hebro_Steele.