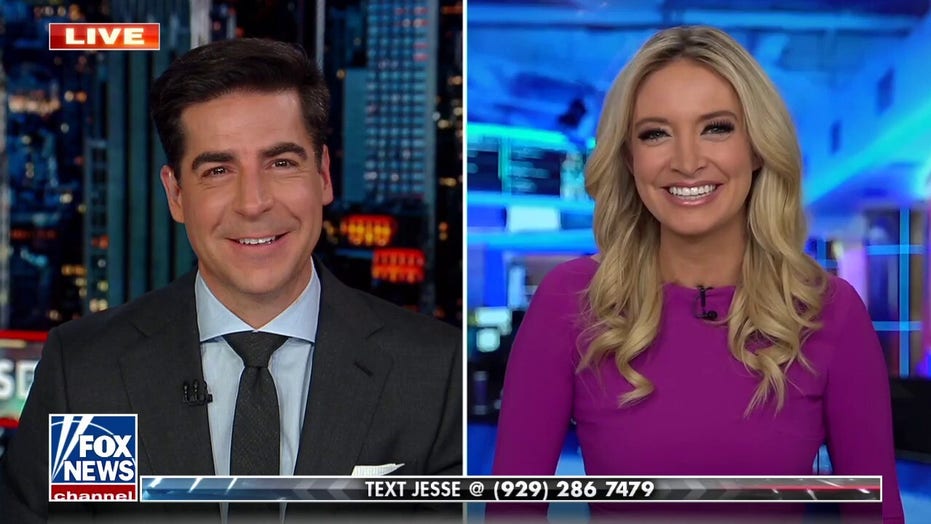 Kayleigh McEnany: Biden press shop must be ‘scared out of their mind’

“This press shop must be scared out of their mind,” McEnany told “Jesse Watters Primetime” on Tuesday.

Biden was seen using a sheet of prepared answers during his White House news briefing Monday in response to a question about his remarks on Saturday that suggested support for regime change in Russia.

Biden insisted he is not “walking back” his comments. Instead, he sought to clarify that he was “expressing [his] outrage at the behavior of this man” and did not intend to support a change in leadership in Moscow. 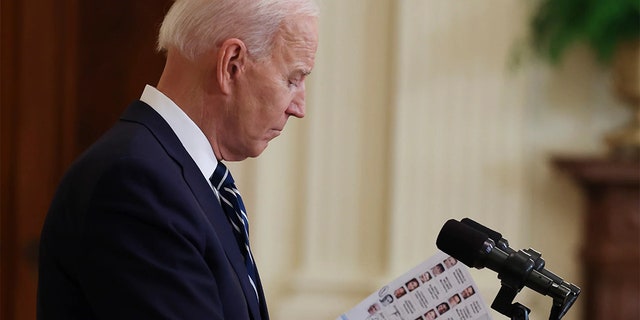 Photos from the conference revealed a cue card with pre-determined responses to the question.

“It’s worse than I thought,” McEnany told Watters. “It is so concerning to me that you have to script something as simple as, ‘I was expressing moral outrage.’ This press shop must be scared out of their mind. I know Jen Psaki was probably drafting the statement walking back the ‘minor incursion’ line in real time. That’s not something I was doing. I was engaged in the press conferences watching the leader lead the free world.” 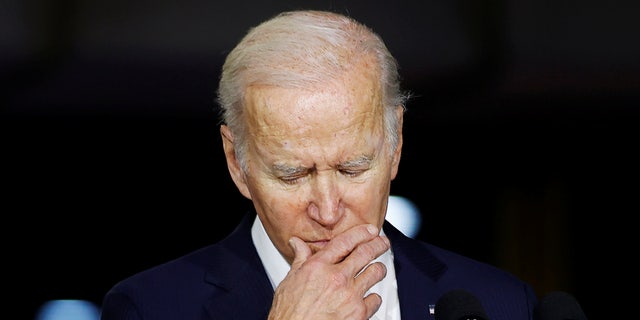 Photos from the conference revealed a cue card with pre-determined responses to the regime change question.
(REUTERS/Jonathan Ernst)

Reflecting on her time as press secretary for former President Donald Trump, McEnany said that while many things fell under her responsibility, creating a cheat sheet to instruct the president to articulate his “feelings” for the press was not one of them.

“President Trump, when he summoned me to get something for him, it wasn’t a pocket card for his feelings for which he had to look down at and read,” she said. “He would say, ‘Go get this COVID-19 graph.’ He was the leader of the free world. He was the commander-in-chief. He was calling the shots.”