Fox Nation takes an inside look at the glitz and glamour behind the Russian leaders’ maritime mansion.

Imagine sailing around the world in a $700 million super yacht. That’s the price tag on Vladimir Putin’s luxury yacht currently moored in Italy.

In the Fox Nation special “Crazy Rich Russians,” financial experts Stuart Varney and Heather Zumarraga delve into the unimaginable riches of Russian oligarchs – but beyond all the glitz and glamour lies a story of stolen wealth.

“Russian oligarchs have invested massive fortunes all around the world, and their close ties to Vladimir Putin have paved the way for significant influence in Wall Street… Silicon Valley…the arts, in real estate,” Zumarraga explained.

Viewers can marvel and take an inside look into the Russian president’s luxurious mega-yacht called The Scheherazade, named after the character of a Persian queen in Middle Eastern folklore, according to Putin opposition leader Alexi Navalny’s Anti-Corruption Foundation, or FBK. 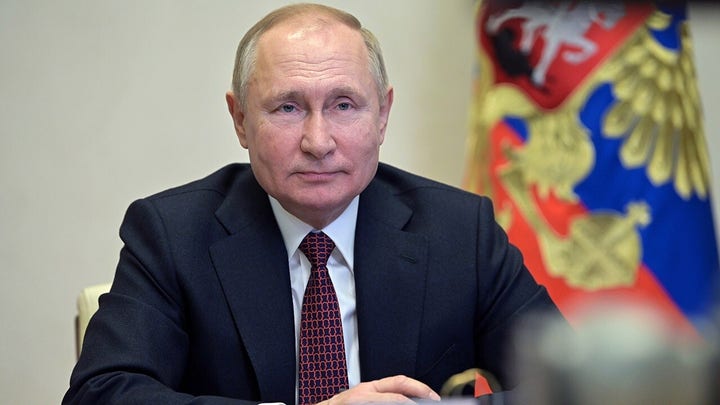 Other excessive features include six floors of “swanky” amenities – including a 16-foot aquarium, multiple televisions, a 15-footer, spanning the entire wall and a self-leveling pool table. 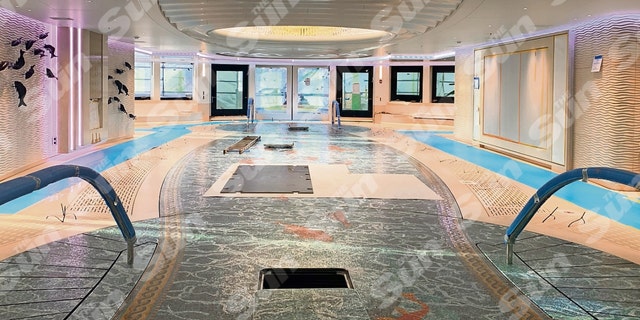 Tile dancefloor that transforms into a pool on Putin’s yacht

Fox Nation’s “Crazy Rich Russians” highlights the Russian leader’s maritime mansion dripped in marble or gold, as the bathrooms are “outfitted with gold taps and a tiled dance floor that converts to a pool.”

A “state of the art” security system with four radar detectors is included on the boat, ensuring no suspicious activities take place on the luxurious yacht.

As Russia’s war on Ukraine continues, there has been increased pressure to sanction Russian oligarchs. U.S. and European officials have been cracking down to seize extravagant yachts belonging to oligarchs that have close ties to Putin and moored in several NATO countries. 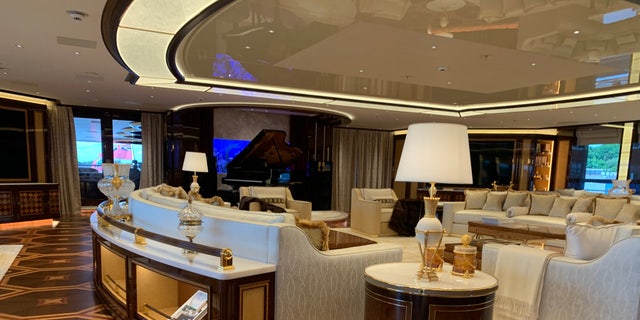 “These people need to put their money overseas. They don’t want to leave it in Russia,” FOX Business host Varney remarked.

“The most easily movable asset is a mega yacht, a 500-foot behemoth, which they can roll around the world at will and go stay on it whenever they wish to.” 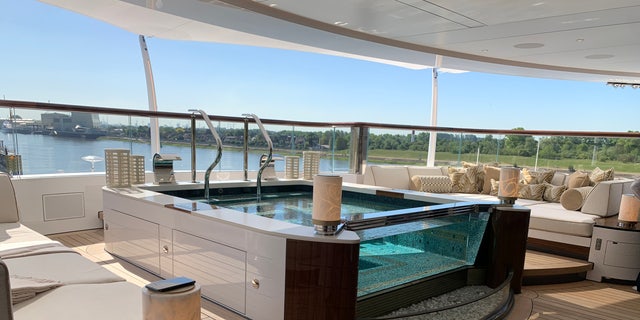 Putin’s maritime mansion also includes a hospital, which may be set up for wartime amid Russia’s invasion of Ukraine.

“You’re essentially really looking at a transformer. It’s a party boat that can shape-shift in the blink of an eye,” Zumarraga said.

Fox Nation subscribers can be awed by wealthy properties worth tens of billions of dollars in the special documentary “Crazy, Rich Russians,” now available to stream.