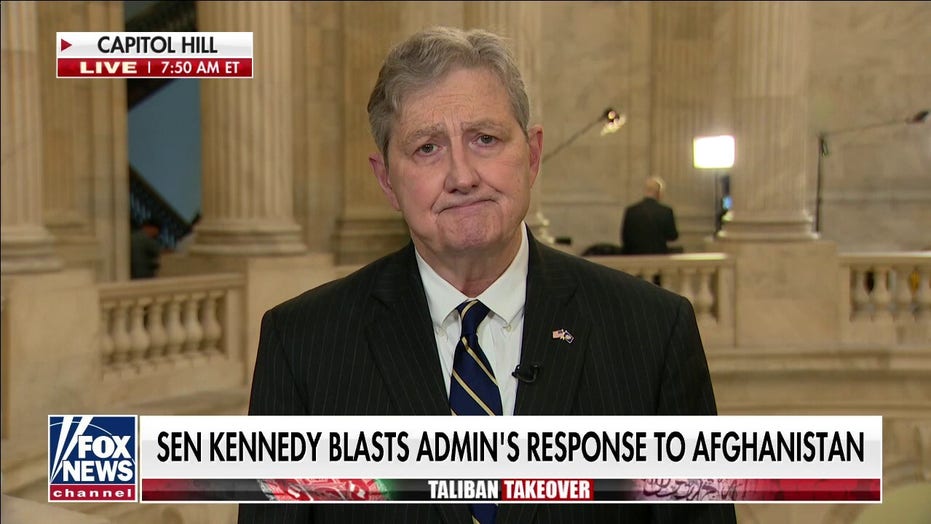 Sen. John Kennedy argues Americans have been put at risk and enemies have been emboldened under the current administration.

“Can you describe the challenges of conducting over-the-horizon CT [counter-terrorism] operations without reliable partners on the ground, without basing access in neighboring countries, and without reliable access to airspace?” Fischer asked.

“Senator, it is more difficult,” Clarke responded. “And I’m not gonna sit in front of this committee and say that it is not.”

“I would also on the same hand, though, say that over the last 20 years we have developed exquisite capabilities, and we can conduct counterterrorism missions over the horizon. We have exhibited that in the past,” Clarke continued.

While the vast majority of Americans supported the U.S. withdrawal from Afghanistan, Biden faced heavy criticism for his execution of the operation. He stated ahead of time that the operation would be safe and orderly, but ultimately became deadly and chaotic.

More than a dozen U.S. soldiers were killed in a bombing attack while defending the Kabul airport during frantic evacuation efforts. Footage also showed some desperate Afghan civilians clinging to U.S. aircraft during takeoff, only to fall to their deaths.

Biden’s withdrawal left more than a hundred U.S. citizens stranded in Afghanistan under Taliban rule, along with thousands of Afghan allies who had supported the U.S. deployment.