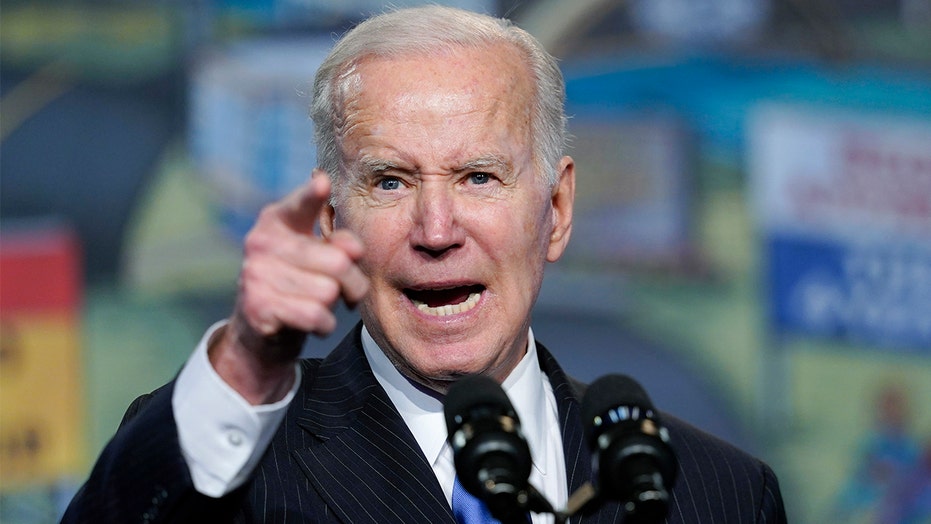 Biden to union workers: ‘If I gotta go to war, I’m going with you guys’

President Biden talked about the war in Ukraine April 6, 2022, and told union workers, "If I gotta go to war, I’m going with you guys."

President Biden joked about the possibility of the Russian invasion of Ukraine to expand to directly involve the U.S. military on Wednesday, telling union workers, “If I gotta go to war, I’m going with you guys.”

Biden made the statement during an address to union workers at the North American Building Trades Unions legislative conference Wednesday. Biden opened his speech with a lengthy section addressing new sanctions against Russia.

“This fight is far from over,” Biden said. “Here’s the point: This war could continue for a long time, but the United States will continue to stand with Ukraine and the Ukrainian people in their fight for freedom.”

Biden’s statement comes after months of he and other administration officials stating that the U.S. will not deploy troops to Ukraine. The U.S. military has limited its deployments to nearby NATO countries, and warned Russian President Vladimir Putin that invasion of one of those countries would mean direct war with the U.S.

Biden has said that avoiding direct war with Russia is a top priority, arguing that any engagement between U.S. and Russian forces would result in a third world war. 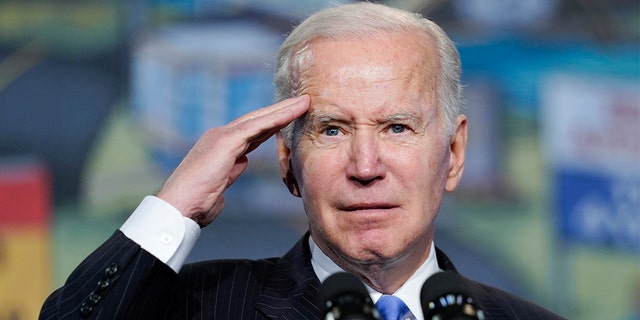 The Russian invasion in Ukraine has already lasted far longer than U.S. military officials initially predicted. Gen. Mark Milley, the Chairman of the Joint Chiefs of Staff, told Congress in an early February closed session that Kyiv could fall within just 72 hours of a Russian invasion. He offered a new prediction during testimony on Tuesday, saying the war will last “at least years, for sure.”