A new California bill appears to allow illegal immigrants to become police officers in the state.

“Existing law, with certain exceptions, prohibits a person who is not a citizen of the United States from being appointed as a member of the California Highway Patrol. This bill would remove that prohibition, and would make conforming changes,” the bill states.

The bill was previously voted on at the end of March, with four ayes and one no. Democratic Sens. Steven Bradford, Sydney Kamlager and Scott Wiener, along with Skinner, all voted in favor of the bill. Sen. Rosilicie Ochoa Bogh, a Republican, voted no.

The bill received its second reading on Tuesday and is now onto its third reading. 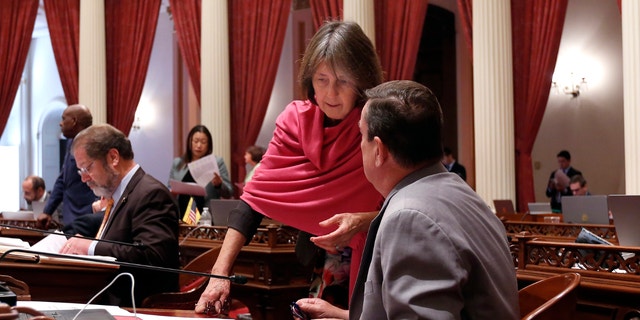 This comes on the heels of the Biden administration’s announcement to lift the Title 42 health policy despite migrant surge concerns.

“After considering current public health conditions and an increased availability of tools to fight COVID-19 (such as highly effective vaccines and therapeutics), the CDC Director has determined that an Order suspending the right to introduce migrants into the United States is no longer necessary,” the Centers for Disease Control said in a statement.

Title 42 was implemented in March 2020 during the Trump administration as a means of expelling illegal immigrants during the COVID-19 pandemic.

Despite Democratic support to drop Title 42, both moderate Democratic and Republican lawmakers have expressed concern for the possible migrant surge that could result. Former Trump White House adviser Stephen Miller said it would “open the floodgates on a biblical scale.”