Jessica J. González is the co-CEO of Free Press and a founder of the Change the Terms coalition. The opinions expressed in this commentary are her own.

When Elon Musk offered to buy Twitter and take it private last week, he wrote that he believed the company needed to be “transformed.”

The next day, Musk took to the stage at a TED conference where he criticized the company for what he sees as its lack of free speech — a longtime complaint of his — but suggested that the company should not promote a tweet that was particularly controversial.

But what the richest person in the world wants isn’t always good for the rest of us. After all, Musk isn’t just offering to buy another expensive bauble, but rather a global online community that as of 2019, included approximately 330 million monthly active users. With control of such a vast online platform comes great responsibility. And Musk’s ability to be an accountable steward of this massive online community is questionable at best.

That’s why Twitter shareholders should reject Musk’s offer.
For one thing, he has a poor track record of protecting other Twitter users and respecting their free speech. He has used the platform to discredit and disparage those who disagree with him, and he has lashed out at journalists who have written or produced things he didn’t like.

Further, he has used the platform to sow doubt about Covid-19 vaccines. And he has been accused of making false statements about Tesla on Twitter, an allegation that resulted in a $40 million settlement with the SEC that required Musk and Tesla to pay $20 million each and Musk to step down as the company’s chairman. Musk accepted the deal with the SEC “without admitting or denying the allegations of the complaint,” according to a court document.

If Musk’s incendiary past is Twitter’s future, users are right to be worried about the ways the multibillionaire would attempt to transform the platform should he become its owner.
But with or without Musk, Twitter needs to do more to make the platform less toxic for users.
For the past five years, I have been working with Free Press and the Change the Terms coalition to protect online communities from content that’s intended to mislead or incite violence. Specifically, we’ve called on prominent social media platforms to step up efforts to remove bigotry and conspiracy theories that are harmful to our information ecosystem, threaten public health and safety and undermine democracy.
In the past, we have pressured Twitter to be more transparent about its moderation methods — and fear that Musk taking the company private would make Twitter even less accountable to its users and the public.
Whether or not Musk succeeds in his takeover bid, Twitter would do well to heed these three recommendations:
First, Twitter needs to fix algorithms and other systems that promote the most incendiary and hateful content, including incitements to violence. It also needs to do more to remove disinformation, along with bias from all its systems, which it claims to be doing. But an internal study recently found that its algorithms amplified tweets from right wing accounts over those of the left in six out of seven countries studied.
Second, Twitter must protect its users equally. On several occasions, I have met to discuss this with executives at Twitter and other Big Tech firms and found that social media platforms are woefully understaffed when it comes to human vetting of non-English disinformation, and their artificial intelligence-driven filters are designed primarily to sift through English content. It’s likely that those who use a social media platform in any other language are subject to more of the sort of disinformation about local elections, health care and other matters that is ultimately harmful to their communities.
Third, Twitter must be more transparent about its amplification and moderation practices. The company has made some steps in this direction, but still has a lot of work to do. That means making it easier for independent auditors and researchers to investigate whether the company is adhering to its commitments to safeguard elections, combat disinformation and keep people safe. 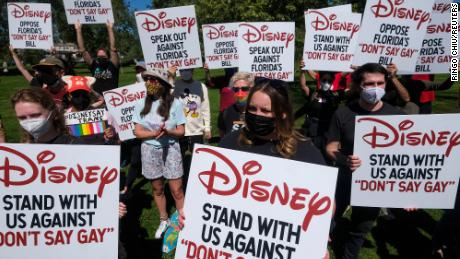 During a TED event last week, Musk proposed making Twitter’s algorithms open source, “so people can look through it and say, ‘I see a problem here,’ ‘I don’t agree with this,’ [and] they can highlight issues, suggest changes.” But we don’t believe crowdsourcing content moderation in this way will curtail harmful content that’s often targeted at minority populations, women and marginalized groups — people who are underrepresented in the sorts of tech communities that are most likely to engage in an open-source process.
The success of Twitter or any mass-market platform will ultimately require making sure that users enjoy their time on the platform and don’t feel threatened by others. That requires expertise in moderating things like glorification and incitement of violence; the spread of disinformation, sexual harassment and abuse; and other hateful activities. And it requires extending these protections to all users and not just a privileged few.
Twitter must heed the calls to change its terms of service so the platform isn’t weaponized against women, people of color, members of the LGBTQIA+ community and other marginalized groups.

We should also get real about Musk’s brand of free speech absolutism. It’s a philosophy often trumpeted by rich White men — those who haven’t experienced the chilling effect that online hate and disinformation have on people with far fewer privileges.
This is why Twitter shareholders should reject Musk’s offer. Yes, this deal is about a lot more than just money; it’s about protecting civil and human rights, public health and safety and democracy.
Source: Read Full Article