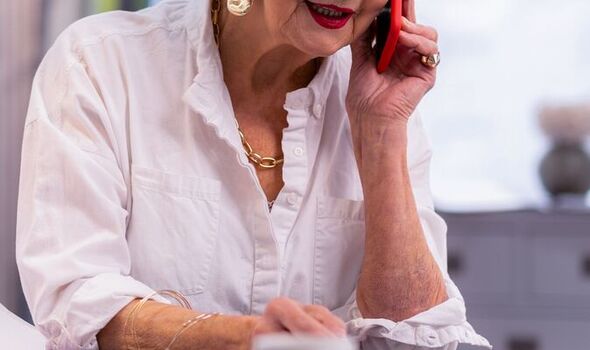 Many now work well into retirement, with two-thirds of those reaching state pension age in 2022 saying they have no plans to give up work completely. That is up from a third in 2020, according to research. While some need the money to survive the cost-of-living crisis, others see it as an opportunity to set up a business or try a different line of work. Others simply feel too young to just put their feet up.

The trend is called “flexiretirement”, with more older people choosing to work part-time or in the gig economy.

Colin Dyer, client director at Abrdn Financial Planning, which carried out the research, said: “Gone are the days when everyone had a set date or age from which they will never work again.”

While many are seeking a fresh challenge, for others the motivation is money, as only a quarter of those reaching retirement this year feel confident they have saved enough to give up work.

More than 22 million say their personal financial outlook has worsened as inflation rockets, according to LV= research.

Clive Bolton, its managing director of protection, savings and retirement, said: “Rising prices coupled with poor returns on deposit accounts will dismay pensioners whose only or main source of retirement income is the state pension.”

Chancellor Rishi Sunak’s decision to scrap the triple lock and give pensioners only a 3.1 per cent increase this year will also make life harder, with inflation already at seven per cent and expected to climb higher.

Someone living purely on the new state pension will be an estimated £893 a year short of what they need to cover the average rise in the cost of food, energy and fuel bills this year.

Those who retired before April 6, 2016, on the old basic state pension could be £971 short, research from Interactive Investor shows.

Its head of pensions and savings Becky O’Connor said: “Many state pensioners are in poor health and can’t side-hustle their way out of the cost-of-living crisis. They are stuck.” Helen Morrissey, senior pensions and retirement analyst at financial service company Hargreaves Lansdown, called on employers to offer older workers greater flexibility. She said: “This could play a vital role in keeping older workers employed.”

But Stuart Lewis, founder of Rest Less, a digital community for the over-50s, said that cliff-edge retirement was now a thing of the past.

He added: “More people now view retirement as a transition to a new phase of life to be lived in a fulfilling and purposeful way.”