NAB on Thursday reported cash earnings of $3.48 billion for the six months to March 31, an increase of 4.1 per cent on the prior period, and shareholders will receive an interim dividend of 73¢ per share, up from 60¢ the prior period. 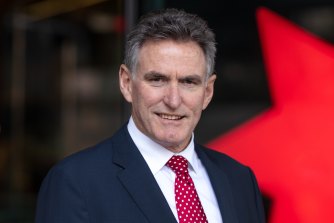 McEwan said the half-year results were proof the bank’s strategy was delivering good results for customers and shareholders, and “focused investment” had been key to delivering strong momentum.

“We are producing better and faster experiences and getting the basics right more consistently. This has been achieved during a period of increased customer activity across all divisions of the bank, including the fastest growth in business lending since the GFC,” he said.

The big four bank increased its provision for bad loans by $2 million, as it braces for the potential impact of higher inflation and interest rates, following moves by the central bank to increase the official cash rate by 25 basis points this week.