EXCLUSIVE: Anonymous Content has promoted Joe Bello, Austin Hegedus, Julia Mok and Ali Lefkowitz—four assistants and coordinators working across its Media Rights and Talent divisions—to Manager. Bello, Hegedus and Mok will be working within the Talent division, with Lefkowitz joining the previously promoted Ryan Wilson as a Manager in Media Rights. In their new roles, Bello, Hegedus, Mok and Lefkowitz will continue to work with and expand Anonymous’ client roster.

“Every person in this group has shown such passion and commitment not only to their work and their clients but to their own professional growth during their time at Anonymous, it has truly been a privilege to watch them develop,” said Anonymous Content Partners, Tony Lipp and Kassie Evashevski. “We could not be more excited for them to take this next step in their careers and continue to flourish as our next generation of managers.” 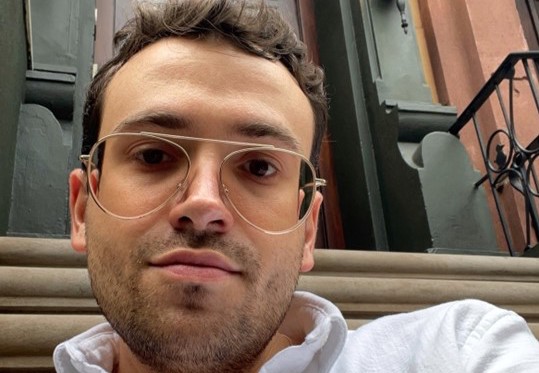 The LA-based Bello started at Anonymous in the Talent Department in 2019, there working under Kami Putnam-Heist, for clients including James Franco and Dave Franco. Prior to joining Anonymous, he spent 5+ years as an Agent Trainee in the Motion Picture Talent department at WME, working with partner agents Brent Morley and Gaby Morgerman for clients including Jake Gyllenhaal, Rachel Weisz, John Malkovich, Gus Van Sant, Matt Stone and Trey Parker. He got his start in WME’s Music Central mailroom, also working in the agency’s Music Department before crossing over to the Motion Picture Talent Department. Bello majored in Political Science at the University of San Diego, working for Politico in Washington D.C. out of college, before transitioning to entertainment.

Hegedus worked as an agent trainee in WME’s Talent department before joining Anonymous Content in 2017 as a member of its Talent team. He previously served as the assistant to partner and head of Anonymous Content’s Talent department, Tony Lipp, working with clients including John Lithgow, Stanley Tucci, Patrick Stewart, Michelle Monaghan, Patricia Clarkson and Blythe Danner. He is a graduate of Sonoma State University and is based in LA.

Mok joined Anonymous Content’s Talent team in 2017, supporting Anonymous Content Partner, Dara Gordon, and working with such clients as Winona Ryder, Julia Garner, Lili Reinhart, Betty Gilpin, Adria Arjona and Aaron Pierre. She kickstarted her career in entertainment with internships at companies including WME, Gersh, Plan B Entertainment and Untitled Entertainment. She is a graduate of Columbia University and is currently based in New York.

As a Manager in the Media Rights department, Lefkowitz co-represents film and television rights for a diverse list of clients including journalists, non-fiction and fiction authors and publications. The L.A. native has worked under Media Rights co-heads Howie Sanders and Kassie Evashevski for the past three years, most recently as Media Rights Coordinator. The Northwestern University graduate began her career as a paralegal at Gunderson Dettmer and is based in both New York and Los Angeles.