“We’ve got a lot of virus circulating now. And it’s on its way up,” said Santa Clara County Health Officer Dr. Sara Cody at a press briefing earlier this week.

While case numbers are going up across the state, one region’s transmission levels are much higher than the rest: The Bay Area. The CDC’s color-coded “County Tracker” tool indicates that, while the rest of the state is at the green or “Low” level of transmission, Santa Clara, Santa Cruz, Marin, San Mateo and San Francisco Counties have all moved into the yellow, or “Medium” level of community spread. See map below. 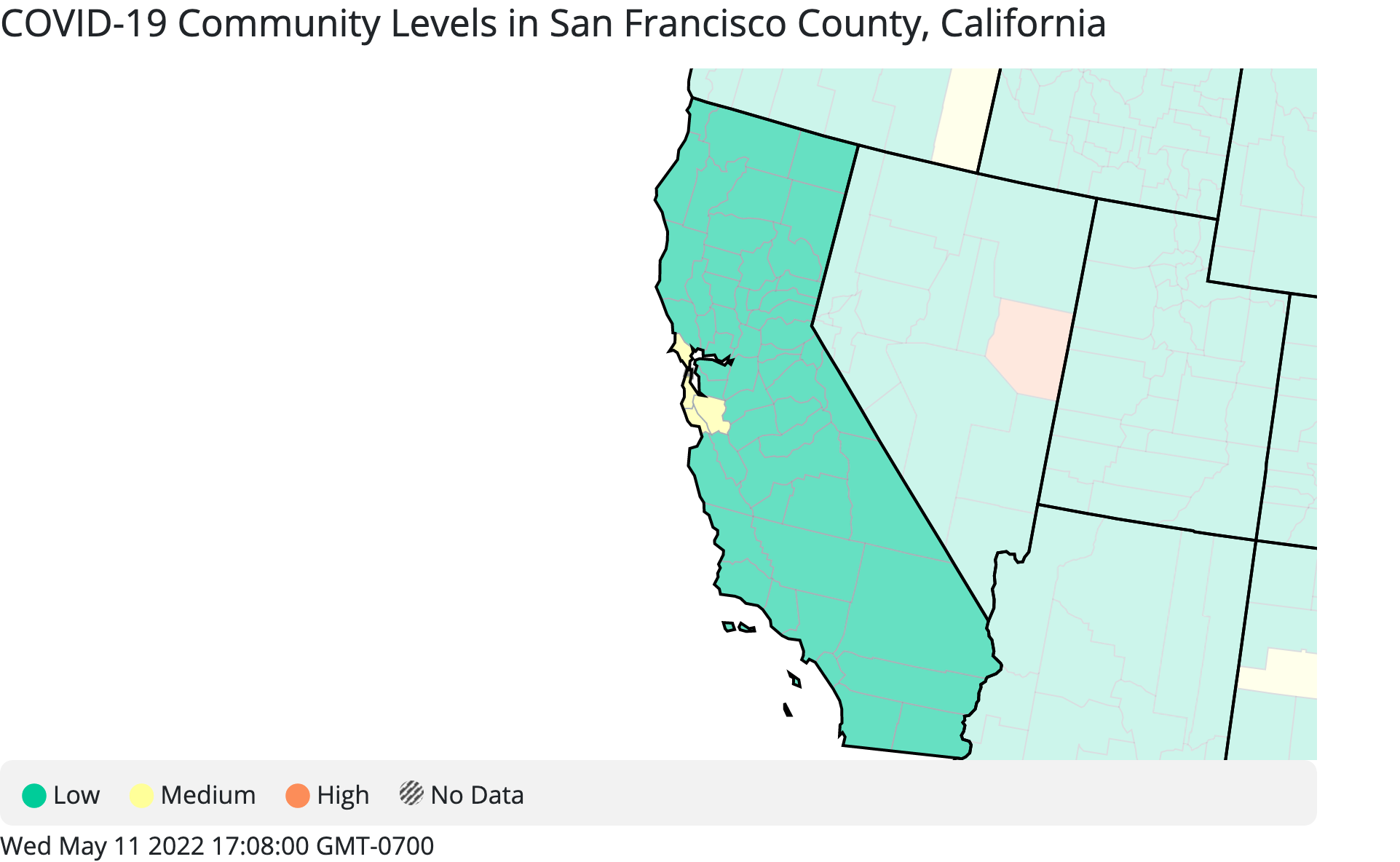 By contrast, the state’s largest metropolis is still in the green, according to the CDC. Cases are rising in Los Angeles, from 2,484 last Wednesday to 2,997 today, a jump of 20% in the past week, but not nearly so fast as they are in the Bay Area. The 7-day average number of daily new cases reported in L.A. increased to 2,532 today.

While data for San Francisco County cases in incomplete for the past few days, the 7-day average of new cases, last updated a week ago on the county Covid dashboard, was already about even with the high point of last summer’s Delta wave at 283 vs. 311 on August 2.

The major difference between the Bay Area and L.A. — in terms of downstream impact and impact on the county’s CDC raking — is hospitalizations. While hospitalizations of residents with Covid have only crept up about 1.5% in Los Angeles in the past week, that metric in San Francisco County over the past seven days have jumped 20%.

San Francisco now has an average of 40 new daily cases per 100,000 residents, according to the San Francisco Chronicle. That’s the second-highest rate in the state, behind only Santa Cruz County, which is at 43 per 100,000.

Test positivity rates show a similar divide. In L.A., the 7-day average test positivity rate of 2.5% is actually below that of the state-at-large, which comes in at 4.1%. Contrast that with the Bay Area counties: San Mateo at 6.4%, San Francisco at 9% and Marin at 9.1%.

Among the factors driving cases and hospitalizations is the rise of Omicron subvariant BA.2.12.1, thought to be 25% more transmissible than Omicron BA.2. The variant began on the East Coast and has slowly risen in the West. It accounts for fully 66% of cases in the three-state region of New York, New Jersey and Connecticut, where it is also driving a surge in hospitalizations.

In California, BA.2.12.1 — and sister lineage BA.2.12.2 — is still only responsible for 15% of new cases. Los Angeles County officials say that, for the week ending April 16, BA.2.12.1 accounts for just 8% of positive sequenced specimens. While numbers are not readily available for the Bay Area, it’s a good bet the prevalence of BA.2.12.1 is much, much higher. 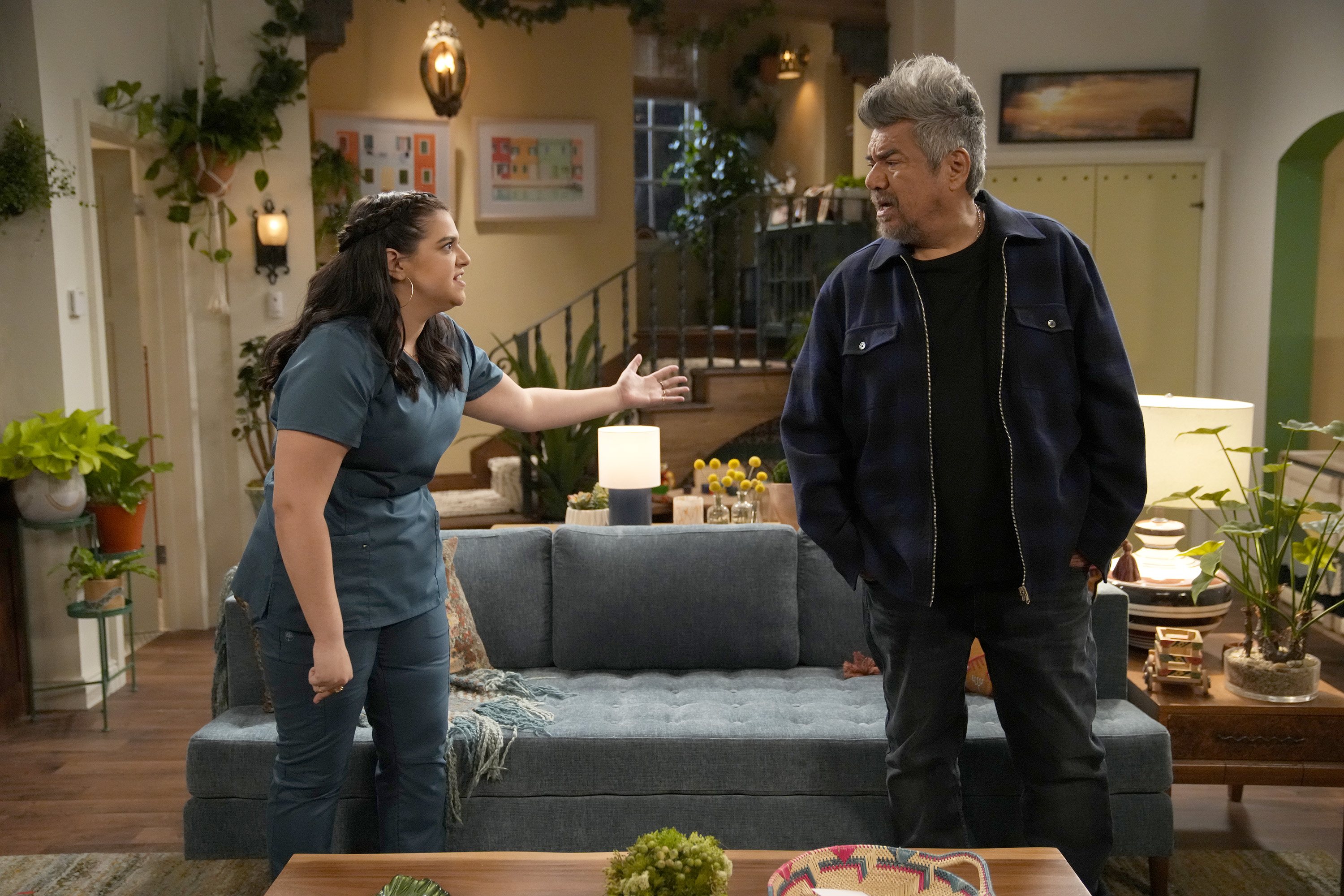