The deal received overwhelming support based on proxy votes cast ahead of an investor meeting on Friday morning, with 77.4 per cent of shareholders in favour by number, and 99.75 per cent in favour based on the number of shares held. 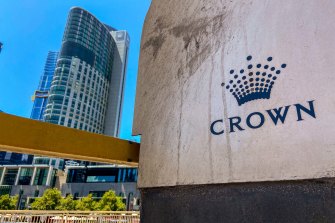 The New York-based Blackstone stalked the ASX-listed Crown for more than a year before the pair finally agreed on an all-cash takeover deal worth $13.10 in February.

But it is unclear when the takeover will be finalised because gambling regulators in Victoria, NSW and Western Australia have not yet given Blackstone probity clearance to operate Crown’s three casinos in Melbourne, Sydney and Perth.

Crown chairman Ziggy Switkowski told shareholders on Friday the company would update them when the states approved Blackstone, and a court hearing would then be held to finalise the takeover.

Major shareholder James Packer, who previously ran Crown as executive chairman, will net $3.26 billion from the sale of his 37 per cent stake in the company, ending his family’s 23-year association with the group.

Proxy votes accounted for 404 million of the 677 million Crown shares on issue, meaning the resolution is certain to pass regardless of how the remaining shareholders vote at the meeting.