San Francisco (CNN Business)Things were looking up for most Americans at the end of last year, with many households reporting their financial situation was better than at any other time since 2013.

Nearly 7 out of 10 Americans surveyed by the Federal Reserve said they had the cash or cash equivalents on hand to cover a $400 emergency expense, the highest level since the Fed started tracking financial well-being. Moreover, a record 78% of adults reported they were either “doing okay” or “living comfortably,” according to the Fed’s Economic Well-Being of US Households 2021 report, released Monday.
The findings were drawn from the Fed’s ninth annual Survey of Household Economics and Decisionmaking, which looks at American’s economic health across a variety of areas, including employment, income, banking and credit, housing, retirement planning, student loans, and, for the first time, cryptocurrency.

By and large, people viewed their local economies in a positive light, were happier about their new jobs, experienced fewer burdens with the reopening of schools, dabbled in cryptocurrency as an investment strategy, and felt like their retirements were on track.

But the survey of 11,000 adults conducted during October and November highlights a snapshot of economic well-being in the eye of the storm: Deep into a rebound from a devastating pandemic and months before the Omicron variant disrupted the economic recovery, Russia invaded Ukraine, inflation started to spike and the stock market approached bear territory.

“Americans were, broadly speaking, better positioned financially in late 2021 than had been the case two years earlier. Savings had increased, homeowners had refinanced mortgages to cut monthly payments, and the job market was very strong,” Greg McBride, Bankrate.com’s chief financial analyst, wrote in an email. 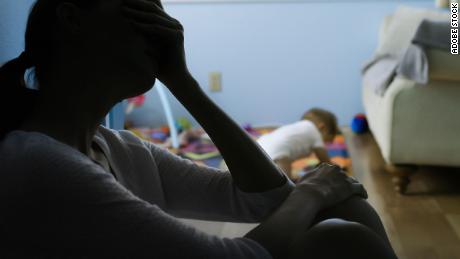 However, the findings within the Fed’s household survey and subsequent report also highlight socioeconomic disparities that were laid bare by the pandemic.

Across various demographics, those who were married, or in middle- or upper-income households, or identified as Asian or White had higher rates of financial well-being. Single people, Hispanic or Black individuals, those with lower incomes, people with disabilities and members of the LGBTQ+ community all reported lower levels of financial well-being.
High-income borrowers were more likely to benefit from refinancing a mortgage, according to the survey, and the share of renters who fell behind on their payments was higher than before the pandemic. At the time of the survey, 17% of renters said they had been behind on their rent in the prior 12 months, up from 10% in 2019.
“Inflation is squeezing household budgets and disproportionately for lower income households, which will quickly erode — if it hasn’t already — the savings cushion that had been built up throughout 2021,” McBride said.

“While the job market remains a pillar of economic strength, the longer that high inflation rates persist and exceed the income gains of households, the more that cushion will be eroded,” he said.
Although the solid financial position experienced by many in the fall of 2021 could help them weather the storm, the situation may be even more precarious for those already teetering on the edge — especially as economists’ expectations for economic growth sour. Separately on Monday, the National Association for Business Economics May 2022 survey found that 53% of economists surveyed believe there’s at least a 25% likelihood of a recession occurring in the next 12 months.
Source: Read Full Article