Australia’s coal and gas exporters could face higher hurdles to develop new projects and stricter emissions limits under the Albanese government, but analysts are not expecting drastic policy changes as Labor vows it will not buckle to pressure from the Greens.

While Labor has committed to supporting new projects across the country’s multibillion-dollar coal and gas industries, Greens leader Adam Bandt has begun ratcheting up pressure for the new government to veto all new fossil fuel developments. The Greens are on track to gain the balance of power in the Senate, meaning the Albanese government may need to rely on the party’s support to create new laws. 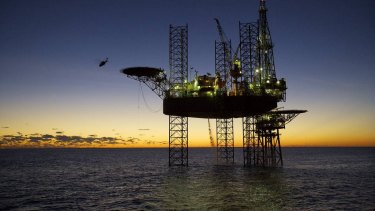 New projects across Australia’s multibillion-dollar fossil fuels industries could face higher hurdles in the future under the new federal government.

Still, Labor on Tuesday reiterated that it will not bow to pressure from the Greens to lift its 2030 emissions-reduction goals or cede to their demands to put an end to Australia’s lucrative coal and gas exports.

Credit Suisse energy analyst Saul Kavonic said he was not expecting to see any major policy shifts, at least in the short term, as Labor sought to balance a range of competing energy interests.

“They need to accommodate energy security with energy transition, and fossil fuel tax revenue and jobs with new green opportunities,” he said. “The Right factions within the ALP are likely to resist major lurches left on environmental policy if it places blue-collar jobs at risk.”

However, Kavonic pointed to a number of possible points of longer-term difference to the previous government on energy policy.

The federal Labor government has pledged to cut greenhouse emissions by 43 per cent by 2030, compared to the outgoing Morrison government’s commitment to a 28 per cent reduction.

Albanese has also promised to enforce stricter emissions limits under the so-called “safeguard mechanism” on Australia’s top 215 industrial polluters that together generate 28 per cent of national emissions, but has pledged trade-exposed industries will receive tailored treatment to ensure they are not disadvantaged in competition with overseas competitors.

The biggest unknown, which investment bank Credit Suisse describes as the “elephant in the room for the energy sector”, will be the details of the promised “carve-outs” for trade-exposed industries to ensure they are not left less-competitive if forced to decarbonise while global competitors in the Middle East and Russia are not subjected to similar pressures.

The Greens’ intensifying push against coal and natural gas is backed by climate and environmental lobby groups, which had supported Labor during the election campaign.

He said the new projects being explored in the Northern Territory’s Beetaloo Basin could add around 40 million tonnes of greenhouse gas emissions in Australia if they proceeded to development, and a further 60 million tonnes once the gas was exported and used overseas.

“When we know fossil fuels are the major contributor to climate change, Australia is actively making a global problem worse and the UN Secretary-General has called investment in new coal or gas projects moral and economic madness,” Merzian said.

“If we expect suppliers to be responsible for the impacts of their products when it comes to tobacco, asbestos or weapons, then why do we make an exception for fossil fuels?”

Whitehaven Coal, one of the nation’s largest coal miners, said Labor had previously pledged “support for Australia’s coal and gas export industries”, and the thousands of workers they employed across the country.

“Given the new government’s concerns around budget repair, we see our booming export industries playing a major role in paying down Australia’s burgeoning debt so we can more responsibly rise to meet the challenges we face as a nation,” Whitehaven chief executive Paul Flynn said.

“We have called for further detail around proposed changes to the safeguard mechanism and we look forward to consulting with Labor ahead of any further policy design and implementation.”