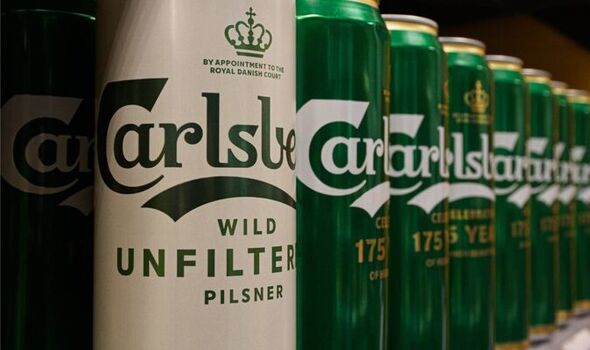 The Danish group’s Mythos Brewery has a market share in Greece of 12-15 per cent compared to Heineken’s Athenian Brewery (AB) which has 70 per cent of the market.

Confirmation that Carlsberg had launched an action against Heineken came in an Amsterdam court hearing in March in which Macedonian Thrace Brewery (MTB), another player in the Greek market, is also suing Heineken.

MTB, which has 5 per cent of the market in Greece, is seeking €100million (£85million) compensation from the Dutch firm for anti-competitive behaviour.

A lawyer representing MTB said in the Amsterdam court: “You may be aware that another party, Carlsberg, is also seeking compensation for substantial damages.”

Carlsberg and Heineken have never acknowledged that they are in litigation over issues related to the Greek market.

Given that Carlsberg’s share of the Greek beer market is three times that of MTB’s, the amount of compensation sought by the Danish group is expected to exceed €300million (£255million).

MTB said Heineken, through its AB subsidiary, “had been illegally distorting the Greek beer market while protecting the supremacy it wields, by coercing and intimidating distributors, retailers and wholesalers, and ultimately ripping off consumers.”

MTB director of business development Demetri Chriss said: “Capitalism without competition is exploitation, what Heineken is doing is best described as bullying tactics.”

Both Carlsberg and Heineken declined to comment on the Danish group’s attempt to seek damages, thought to have been filed in the Netherlands last November.

In its 2021 annual report, Heineken said it had made substantial contingencies to address issues that “relate to two followon damage cases for a total amount claimed of €478million, which arose as a result of the fine imposed by the Greek Competition Commission in 2014 against our subsidiary Athenian Brewery for alleged abuse of its dominant position.”

When Heineken was then found guilty of anti-competitive behaviour by the Greek Competition Commission it was fined €30million, the largest fine for such behaviour in the country’s history.

And in 2020 Heineken UK was fined £2million for having “seriously and repeatedly breached” competition rules for pub operators.