JetBlue (JBLU) on Monday improved its offer for smaller rival Spirit Airlines (SAVE) in an attempt to outstrip competition in the race to buy the low-cost carrier. 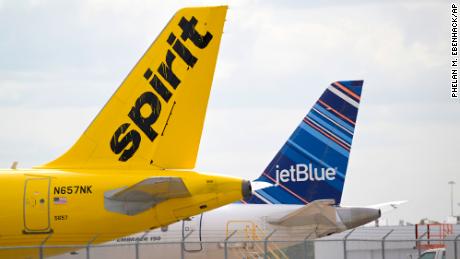 JetBluelast month offered $30 in a hostile takeover bid for Spirit after initially offering $33 per share.

The move comes days ahead of a Friday shareholder vote on a competing offer from Frontier (FRNT).

JetBlue Chief Executive Robin Hayes told CNBC that the airline had made “unprecedented divestiture commitments” to win regulatory approval.
“We know what it takes to get this deal done,” Hayes said. “We need the Spirit board to seriously consider our offer.”

In the latest revised offer, JetBlue did not offer to unwind its “Northeast Alliance” (NEA) partnership with American Airlines (AAL) — a key sticking point in its deal talks with Spirit, which has been reluctant to consider any offer from JetBlue due to antitrust concerns.
The NEA is already in the crosshairs of the Justice Department, which sued JetBlue in September to unwind the partnership.
The latest offer from JetBlue, however, might put pressure on Spirit’s board to consider a deal with them, especially if shareholder advisory firms Institutional Shareholders Services and Glass Lewis choose to side with the latest JetBlue offer, experts said. 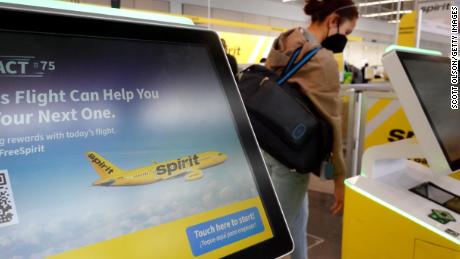 It remains to be seen whether Spirit finally decides to engage with JetBlue. Spirit is still committed to its deal with Frontier, the sources said, but may be forced to switch sides if they face mounting pressure from large institutional shareholders.
Spirit had rejected JetBlue’s offer last month saying it had a low likelihood of winning approval from government regulators.
On Monday, JetBlue raised its reverse break-up fee by $150 million to $350 million, which is payable to Spirit shareholders in case the deal falls through due to antitrust reasons.