Netflix’s original series take on popular author Michael Connelly’s The Lincoln Lawyer (previously the basis of a Matthew McConaughey feature) posted a dominant win on the U.S. streaming chart for May 16 to 22.

At the same time it released the weekly chart, Nielsen also put out its monthly edition of The Gauge, indicating the continued march of streaming as a percentage of overall viewing via a TV screen. Streaming set another record for share of viewing in May, reaching almost 32%, up 2% compared with April’s previous record level. In line with typical trends, May was also the month with the least viewing, with overall tune-in slipping 2.7%. The release of the first batch of Season 4 episodes of Stranger Things on Netflix as well as Obi-Wan Kenobi on Disney+ also boosted streaming as a category.

For the week, apart from Lincoln Lawyer, two movies made a splash on the weekly chart. Senior Year, the Paramount Players comedy starring Rebel Wilson, which was licensed to Netflix, rang up 767 million minutes of viewing to place third for the week. Chip ‘n Dale: Rescue Rangers on Disney+ came in fifth with 594 million, with one-third of its audience between the ages of 2 and 11, per Nielsen.

Below is the week’s full top 10. Except where otherwise indicated, all titles are on Netflix. Nielsen counts streaming only via a TV screen, meaning mobile is not counted, and the company only tracks Netflix, Prime Video, Hulu, Apple TV+ and Disney+. Overall HBO Max viewing is broken out as part of The Gauge but individual titles there are not currently tracked weekly.

Here is the official Gauge chart from Nielsen: 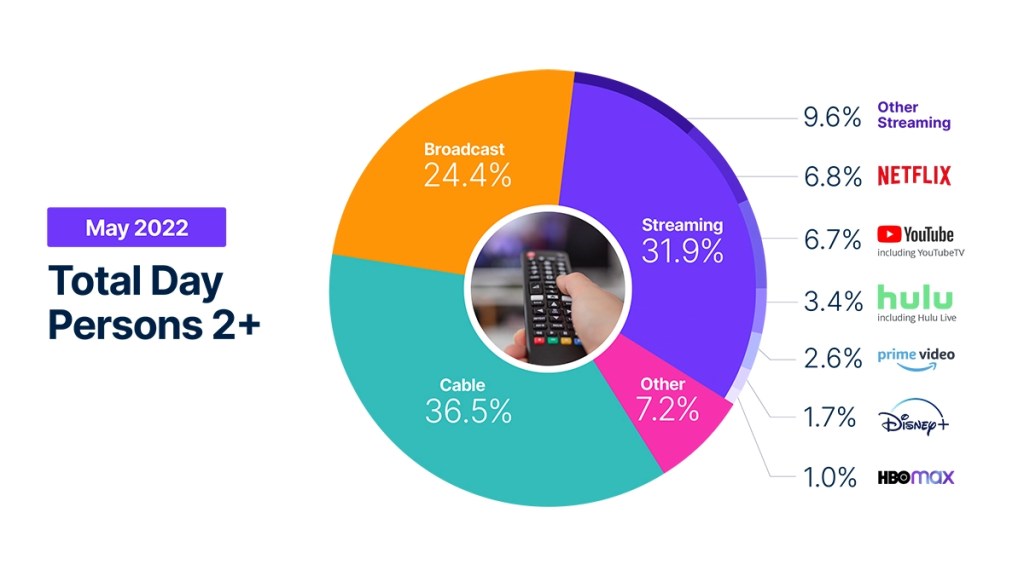