EXCLUSIVE: They have the best seats in the house.

”That’s how they lured me,” Costner joked when he saw the seat in the theater that eventually will boast a plaque with his name on it. The others also will have their names attached to seats.

Laughing, Costner added, “Not sure what it means, but I’m happy to have a seat.”

Costner and his fellow stars were in town for the UK and Ireland rollout of global streamer Paramount+, which launches Wednesday. The actors attending the ceremony represented a slate of shows from 101 Studios that will stream on the service.

Costner stars as ruthless ranch owner John Dutton in Sheridan’s gripping Yellowstone, now filming its fifth season on locations in Montana. “It’s a family that’s been there from the 1800s,” he told Deadline. “They’ve all, typically, had the same problems, through several generations: getting the land and holding onto it. They took it from somebody. Took it from the Native Americans, for sure.” 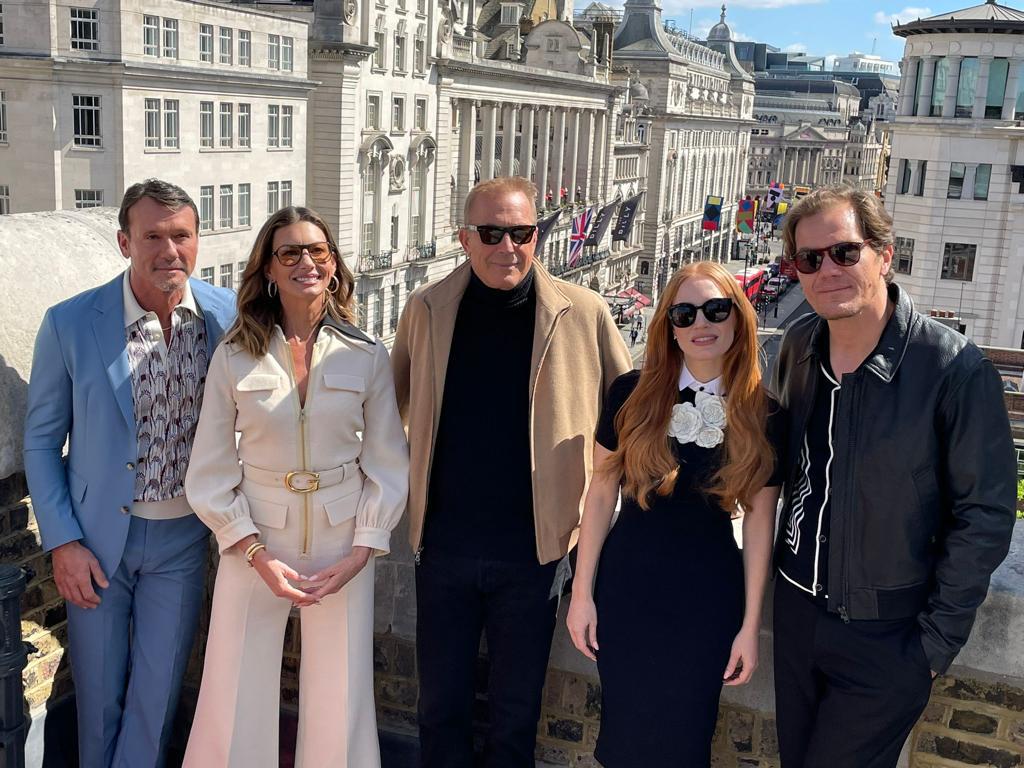 Shannon and Chastain occupy a universe of their own, portraying country & western legends George Jones and Tammy Wynette in the Spectrum Originals/Paramount Network limited series George and Tammy, which is in post-production.

Nick Williams, BAFTA’s marketing and communications manager, explained that naming a seat is a more personal way for the film, television and games industries to support BAFTA’s charitable work, which helps talented people from all backgrounds achieve and sustain careers in their industries.

The stars were joined today at BAFTA by Chris McCarthy, president and CEO of Paramount Media Networks and MTV Entertainment Studios, and David Glasser, founder and CEO of 101 Studios.

The streamer made its mark on London not just with an array of big-name stars but also with a fleet of Paramount+ logo-boasting licensed taxi cabs, hired to ferry talent and executives around town.