Younger investors, many of whom only started investing for the first time during COVID-19 lockdowns, are being hit hard in their hip pockets, with the values of their investments of choice – technology company shares and cryptocurrency – both being savaged in the latest market slump.

The Nasdaq composite index, which boasts US technology market darlings favoured by the newbies, including the FAANG stocks – Meta (Facebook), Amazon, Apple, Netflix and Alphabet (owner of Google) – has dived about 30 per cent since the start of this year. 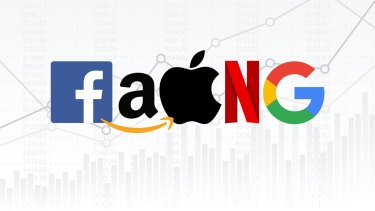 Although markets have bounced back somewhat recently, a clouded outlook for global inflation – and more increases in official interest rates on the way – mean sharemarkets are likely to remain under pressure.

The Bank for International Settlements, which acts as an intermediary between global central banks, says crypto and stablecoins are structurally flawed, prone to abuse by criminals and are unlikely to ever replace government-issued currencies.

While the sharemarket sell-off is across the board, the technology sector has been hit the hardest. The local S&P/ASX All Technology Index is down about 30 per cent.

Tesla and Apple have featured consistently among the mostly heavily traded US shares on Australian online investment platforms often used by young investors.

Tesla shares have plunged about 40 per cent, in US dollar terms, since the start of this year. Apple shares are down about 25 per cent.

In local sharemarkets, some parts of the tech sector, such as shares in buy now, pay later providers, have been hit even harder, in some cases falling by up to 90 per cent from their highs.

Australian Securities Exchange-listed Zip Co, a rival to Afterpay, has seen its share price plunge over concerns about rising bad debts and increasing competition in the sector.

Still, young investors have time on their side and, provided they do not need the money they have invested any time soon, can afford to hold their shares – and not crystallise heavy on-paper losses by selling – to ride out the sharemarket storm.

However, with some shares beaten down to such a degree, where questions are even being asked about the viability of some companies, a more hard-headed assessment may be needed.

Chris Brycki, founder of Stockspot, says well-diversified investors would likely be better protected over the longer term than those with their nest eggs in only one or two investment baskets.

True diversification means having exposure to broader sharemarkets, such as can be provided by major indexed-linked exchange-traded funds, rather than choosing individual stocks and sectors, Brycki says. It can also mean holding some investment assets that are defensive, such as gold, bonds or cash.

Under-diversified investors would likely “need to feel pain before they question their [investment] strategy,” Brycki says. “They should ask themselves whether they have a share portfolio that is aligned with their objectives, capacity for risk and their time horizon,” he says.

Brycki says younger investors should seek guidance and professional financial advice if they cannot work out those things on their own.

“If inflation stays hot, [central banks] will stay aggressive… those sorts of things will ultimately trigger either a recession or the market being volatile in expecting a recession,” Thomas says.

However, she considers the probability of a US recession in the next 12 month is “low” because of the country’s strong economic growth, good balance sheets of companies and that many households are “in great shape” financially.

Thomas says McDonald’s, Microsoft and payments giants Mastercard and Visa are among her top global stock picks that can weather the economic storm of high inflation.

Magellan has reduced its holdings in Netflix and Meta and has sold its stake in Chinese tech giant Alibaba.