Power and gas giant Origin Energy has been dealt a record $17 million fine after its automated processes breached legal obligations owed to tens of thousands of customers facing financial hardship across Australia.

The Federal Court’s decision announced on Wednesday, which followed legal action launched by the Australian Energy Regulator, is the largest penalty ever imposed for breaking national energy retailing regulations. 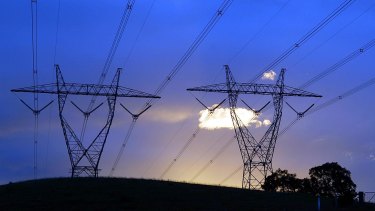 Origin Energy, one of Australia’s largest power and gas suppliers, has been dealt a record $17 million fine for its treatment of customers facing financial hardship.Credit:James Davies

Over nearly four years from 2018 to 2021, automated processes Origin had put in place for customers experiencing hardship and payment difficulties resulted in it breaching hardship obligations on more than 100,000 occasions, the company acknowledged.

In all, more than 90,000 customers were affected across New South Wales, the ACT, Queensland and South Australia. Origin’s unlawful automated processes included unilaterally establishing new payment plans after previous plans had been cancelled for non-payment, increasing customers’ payment amounts without considering capacity to pay, or cancelling payment plans in instances where it was unable to discuss with the customer a review of their plans.

Australian Energy Regulator chair Clare Savage said the court’s decision was a reminder that automated processes could be a “dangerous substitute” for human interaction with customers facing financial hardship.

“Applying automated inflexible processes across thousands of customers without considering whether they can actually meet the payments shows a complete disregard of the hardship obligations in the national energy laws, which are designed to protect customers in vulnerable situations,” Savage said.

“This message is even more important in the current market conditions where customers are facing significant cost of living pressures, including as a result of recent energy price rises.”

The Federal Court also ordered Origin to pay $200,000 in legal costs and establish a compliance and training program to improve the way it deals with hardship customers and those experiencing financial difficulties.

John Briskin, Origin’s head of retail, said the company was committed to supporting customers in hardship and regretted that some customers had not received important protections to which they were entitled.

“This occurred when we automated some processes to try and improve the administration of our hardship program in 2018, but we got it wrong, and we are sorry,” he said.

“We put a stop to these automated processes last year, have taken significant steps to improve our compliance and training to ensure hardship customers receive the assistance they’re entitled to, and we are in the process of compensating customers who were disconnected in error.”

The penalty follows a $3.5 million fine against rival power giant AGL earlier this week after separate proceedings launched by the energy regulator over failure to comply with performance requirements to ride through major disruptions during South Australia’s statewide blackouts in 2016.