The resurrection and successful sale of Crown Resorts, even while it remains unsuitable to run its casinos, looks like the perfect blueprint for embattled Sydney rival, The Star Entertainment Group – especially after it recruited industry veteran Robbie Cooke this week as its new chief executive.

But there are warning signs that Star will have a tougher time than Crown when it comes to living up to the old dictum ‘the house always wins’.

When Independent Liquor & Gaming Authority (ILGA) chairman Philip Crawford fronted the media last month and declared that the long and painful process of remediation at Crown had finally yielded a probationary licence, he made a pointed comment when talk turned to The Star. 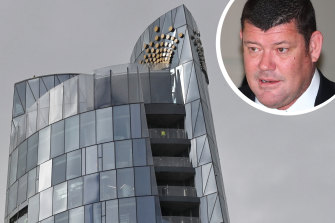 ILGA’s dealings with Crown were dictated by an insurance policy James Packer had engineered with the NSW state government. The Star has no such ace up its sleeve.

“I made the point a year ago that we had a contractual obligation as a regulator to see if we could find them suitable,” Crawford said of Crown.

“In a business sense, Mr Packer and his team were going to invest 2.5 billion (dollars) in Barangaroo to build the facility, and they didn’t want government moving on them capriciously. And if they did, well, they wanted a chance to fix up whatever the problem was.”

It meant that ILGA had no option but to honour the contract between the state and Crown to give it every opportunity to make itself suitable again.

Crawford went on to praise the lengths Crown went to in order to convince regulators it had changed its ways.

“I said at the time that Crown needed to blow themselves up to save themselves,” he said. “And that’s pretty much what’s happened. There are no senior executives, board members, people involved in old Crown left anymore … it has been a massive restructuring of a very large company.”

Last week, the inquiry into whether The Star should retain the licence for its Sydney casino raised serious doubts about whether the company has reformed itself to the same extent.

Counsel assisting the inquiry, Naomi Sharp, noted what she described as Star’s lack of candour and insight into how and why it all went so badly wrong. 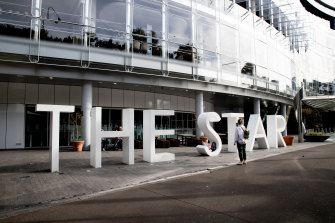 She also told the inquiry – led by Adam Bell, SC – that Star had only offered belated and limited acknowledgement of wrongdoing.

“The (Star) statements before you, Mr Bell, either individually or collectively, do not reveal anywhere near the extent of what has been uncovered during the public hearings of this review. This is relevant because it goes to the claim that a transparent approach has been adopted by The Star and Star Entertainment towards this review,” she said.

But the larger problem she pinpointed was that it is hard for Star to argue it has reformed its way back to suitability when so little is known about who will actually be running the company.

Star’s most senior executives may have departed, along with former chairman John O’Neill, but – in the language of ILGA chair Crawford – Star has not finished blowing itself up.

“We do not know who senior management will be. We know that many board members are intending to depart, but we know very little about who will replace them,” Sharp told the inquiry.

Star has since provided some sort of remedy with the announcement of current Tyro Payments boss Cooke as its new chief executive. But he still has to undergo probity checks, which means there is no certainty over when he will start, or whether Ben Heap will still be the company’s acting chairman.

And no one is underplaying the challenge ahead for Cooke.

“While Tyro shares are down around 80 per cent since the start of 2022, we anticipate the job at Star will be no easier,” said Morningstar analyst Angus Hewitt.

And Queensland awaits. On Thursday, former judge Robert Gotterson, was appointed to conduct an inquiry – starting this month – into whether Star remains suitable to hold its casino licences in Queensland.

With Bell due to hand in his report on Star’s suitability for its Sydney licence at the end of August, the only thing Star investors can do now is make their plea that the brunt of the fallout should not fall on them.

Wilson Asset Management’s John Ayoub, a Star investor, says it is not just company executives who are to blame.

“What has been clear is that the regulators in both Crown’s instance and Star’s instance have been the ones that have let a lot of people down and have allowed this behaviour to take place,” he said.

“It shouldn’t be shareholders who own these companies that are punished. It should be the individuals (executives), and equally the regulators, who allowed this to take place.”