The most popular form of borrowing by the masses appears to be credit cards as the UK saw an 11.6 percent increase in credit card borrowing in April according to the Bank of England (BoE). This is the highest the bank had seen since November 2005. As the Bank of England increased interest rates to 1.25 percent, Britons are facing further pressure on their finances. Sabya Mukherjee, head of credit risk at the money app Monese has explained two different ways that a person can pay off a credit card debt.

Mr Mukherjee explained that if a consumer has a credit card balance of £2,500 at 19.9 percent Annual Percentage Rate (APR) the total amount needed to pay off the balance would be £2,877.41.

Mr Mukherjee’s first suggestion is to take out a loan at a lower interest rate to pay off the credit card.

He added: “However, it’s very important to keep in mind that missing payments on a loan could increase the overall costs of borrowing considerably.”

The second option Mr Mukherjee recommends to those in credit card debt is to use a balance transfer credit card for 18 months. 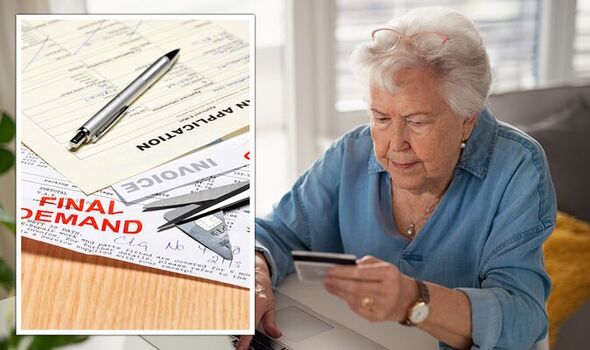 He said: “Assuming a typical two percent transfer fee, this will cost you £50 over the course of 18 months instead of the original £377.41.

“However, as with the loan, discipline is key with this type of credit card offer. If you miss any repayments or don’t repay the entire amount in the balance transfer window your costs could increase quickly.”

Mr Mukherjee stated that “it’s important” that people fully understand the repayment commitments they are taking on and the late payment terms.

He continued: “To qualify for either a balance transfer credit card or a loan a customer would need to have a good credit history and score.

DON’T MISS
‘Easier than you think!’ Britons could secure £1million pension pot [ANALYSIS]
PIP: Britons with long Covid or other conditions could get up to £156 [INSIGHT]
Frustration as Windrush pensioner, 83, forced to live on £74 per week [VIDEO]

This is because even if a person has a higher limit than what you’ve transferred, it is “best to cut the temptation to spend on it until has served its purpose”.

Even if you have a higher limit than what you have transferred, it’s best to cut the temptation to spend on it until it has served its purpose.

He says that people try and keep the money aside for monthly repayments but warned it is “easier said than done in this environment”. 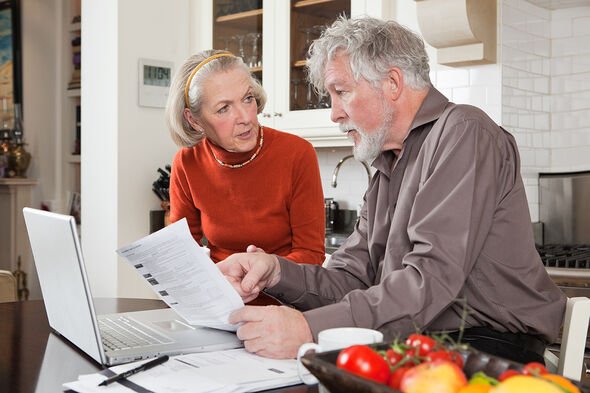 Mr Mukherjee explained that all credit card users need to be and stay “credit card savvy” and that people need to find out their score and keep “a close eye on any changes”.

He said: “Think of it as your financial CV, see where you can save money by consolidating your outstanding commitments and look at offers you are pre-approved on usually done through soft checks.”

‘“If you are trying to reduce the amount you owe, use your credit report to make a list of all of your accounts and then go online or check recent statements to determine how much you owe on each account and what interest rate they are charging you.”

If a person’s credit score is low, they can re-grow it again by managing their credit and paying on time. Over time this will increase a person’s score however it won’t happen overnight.

He said: “Your credit history and score are incredibly important. Landlords, utility companies and mobile phone providers use your credit score and history to make decisions on tenants and customers.

“If your score is low these things become more expensive or even inaccessible.”

According to the data from the Bank of England, UK consumers put more than £3billion on credit cards between January to April with a further £1.6billion on other forms of credit.

Britons borrowed an extra £1.4billion in consumer credit in April, which was up from a £1.3billion rise in March.