Residents of the vast majority of California’s 58 counties should be wearing masks, according to the CDC. That’s because 40 of those counties are now designated communities with “High” Covid levels. Less than one month ago, the number was 13.

The decision to return to mandated face coverings is not up to the CDC, however, but local health authorities. The CDC guidance is only a strong recommendation.

The counties in question are home to about 20 million residents and include Ventura, Santa Clara, Alameda, Contra Costa, Sacramento and Fresno. 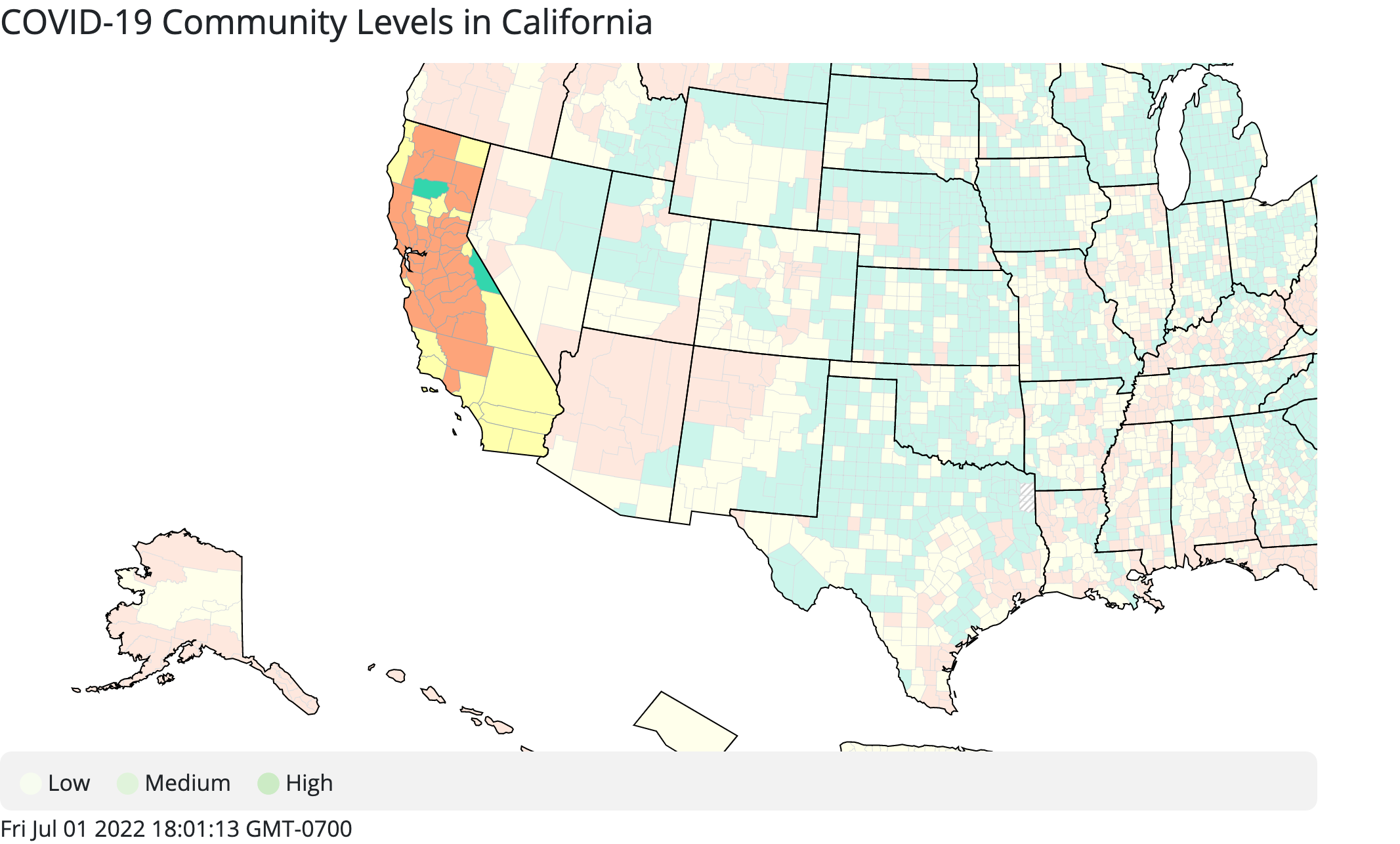 The state’s most populous region, Los Angeles, is not on the list, but that may not be the case for long.

“With our rising case rates and the hospital admission rates going up, we do have fresh concerns about the impact of Covid and it’s more likely now that we might make it into that High community level sometime this summer,” said L.A. County Public Health Director Barbara Ferrer yesterday. According to Ferrer, the latest projections have Los Angeles crossing that threshold on July 19 based on hospital admissions. See chart below. 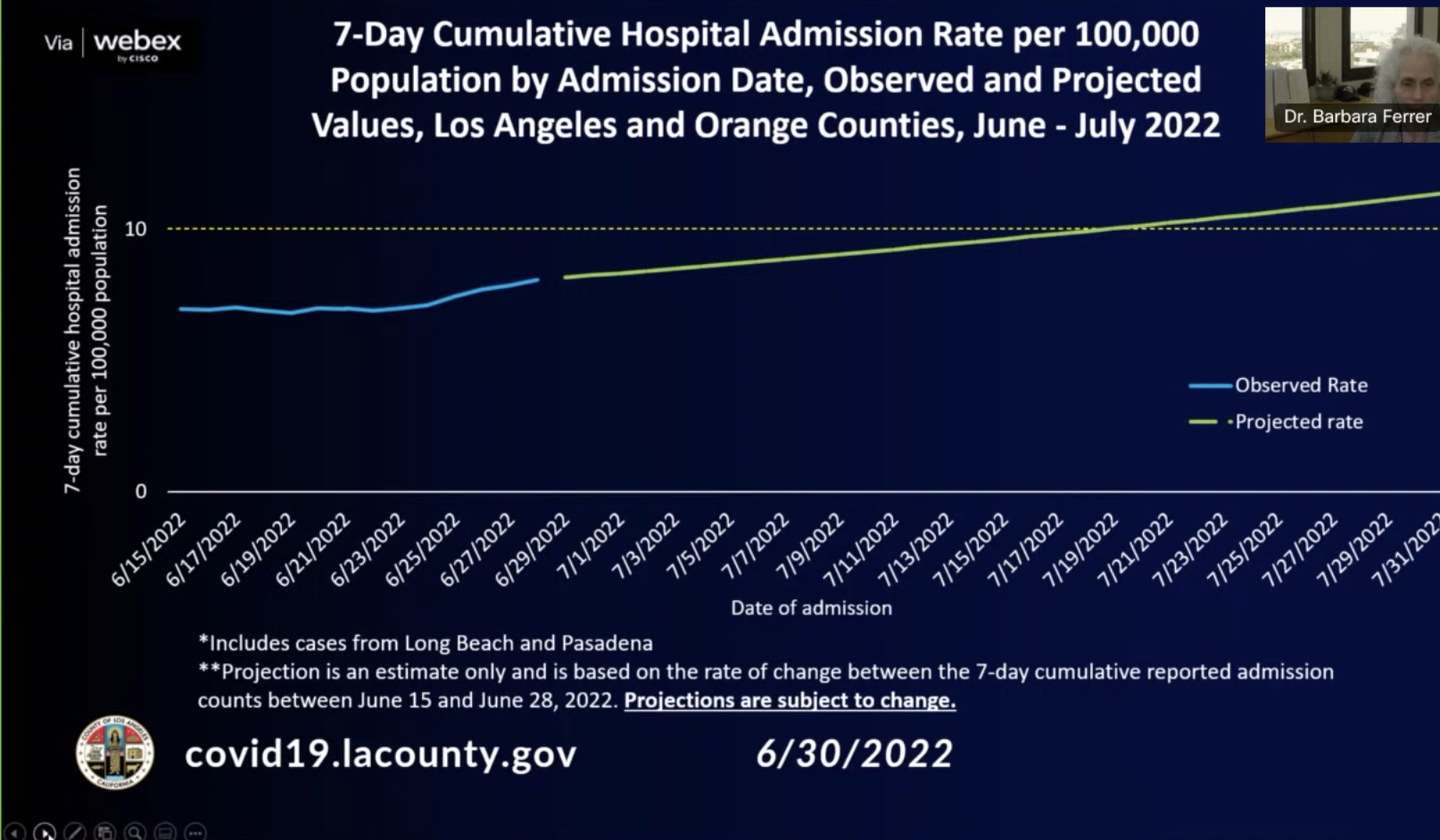 If the county of 10 million were to enter the High community level and remain there for two weeks, Ferrer has said repeatedly that the public health department, which does have the authority to reinstitute a mask mandate, would do so.

Across the state, cases are rising and now at the same level they were on December 20, during last winter’s original Omicron wave: about 15,000 recorded per day. But, according to experts, that number is almost certainly an undercount since it does not include the results from over-the-counter tests which are now much more widely used.

More alarming is the state’s test positivity rate, which today clocks in at 14.8%. That’s up 18% in the past week, a big leap for a number that is a percentage and averaged over seven days to smooth out data bottlenecks. The current test positivity is already above last summer’s peak and gaining on the winter apex of 22.5%.

Even Covid-related hospitalizations, which in the spring leveled out for weeks just under 1,000, have begun to rise significantly again, up to just about 3,500.

As for where it’s all going next, with two new more transmissible variants in BA.4 and BA.5 and a long holiday weekend looming, “All of the information to date points to the need for us to prepare for the likelihood of significant transmission in the upcoming weeks,” said Ferrer.