There have been 4,685 closures since 2015, equivalent to half the UK’s branch network, while more than 12,000 cash machines have gone since 2018, according to Which? research. Yet more than half the population regularly uses cash, and elderly and vulnerable people are more likely to rely on cash payments.

Hinckley in Leicestershire has lost three town centre branches over the past few years.

Halifax and Santander left the market town last year, while Yorkshire Bank shut up shop in 2017.

Each of the groups blamed the shift to online banking for their decision to close.

She prefers to do her banking in person after a friend lost a lot of money through an online scam.

She warned that while she can get by with doing her banking in person, she is concerned for those who need help with their finances. 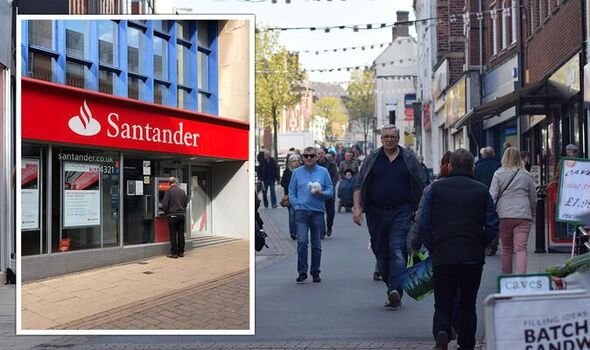 Ms Moore told Express.co.uk: “I just wonder how people in financial difficulties would go on now with these sort of problems, if there’s no one to go in and actually speak to.

“I cope because I know a little about the systems but I fear for people who have not been in that environment, and who are not particularly able to understand some of the procedures.

“Like form filling – there needs to be someone who can help people fill in forms because sometimes they are pages long.”

She also said that going out to do banking is an important activity for some older people.

The pensioner said of losing high street branches: “It gives you less reason to go anywhere.

“As you get older, while you can still get about and into town, it’s a means of communicating with people.

“I think it’s sad, because people do everything on their phone. That’s OK, but there’s a lack of interpersonal skills.

After the two closures last year, councillors on Hinckley and Bosworth Borough Council called on the Government to give more powers to the Financial Conduct Authority, to prevent large banks from closing branches without providing adequate alternatives.

Councillor David Bill said he was “astonished” when Santander announced it would close its Hinckley branch, as there were often queues outside the door.

He told Express.co.uk: “Not everybody wants to navigate the system online.

“Sometimes people actually want to go into a bank or building society and talk things through with a real person. 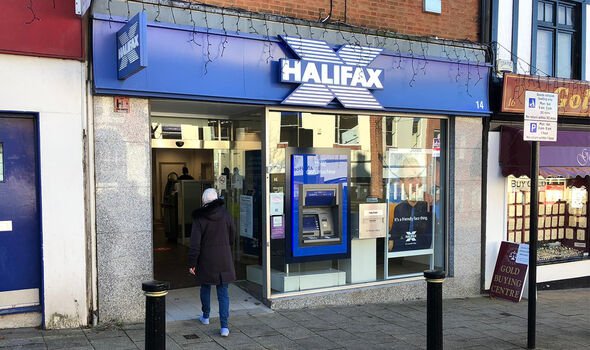 “Personally, I think it’s a real loss that we no longer value the face to face contact.”

Jenny Ross, money editor for comparison group Which?, said that high street branches are important as cash remains a “lifeline” for millions of Britons.

She said: “Before bank branches or ATMs are allowed to close, there must be a full assessment of a local community’s cash needs, taking account of a wide range of factors including geographic distances and population density.”

One banking group that has stood the test of time in Hinckley is Coventry Building Society.

The group relocated to a larger branch in the town centre, which opened in November 2019, and stayed open throughout the coronavirus pandemic.

Dan Crennell, head of service contact, said: “Face to face interaction is really important. That covers everything from simple cash payments right the way up to more complex queries such as bereavement. We see a duty to the communities we operate in.”

He said that some of their branches in small towns are the “last institution” in town, such as their newly refurbished outlet in Nailsworth, in the Cotswolds.

He said: “For many of the customers that come into that branch, it’s their only interaction with a human being that day potentially.

“It allows us to continue to service and grow our business through acquisition, because we are face to face in those particular areas.”

He also said that the group regularly gets feedback from their customers with the message “please don’t close”.

A Halifax spokesperson said: “Visits to our Hinckley branch had fallen over recent years, with many customers choosing to bank in different ways over time. Customers can continue to bank in person at our Nuneaton branch or at the Hinckley Post Office.”

The group said that 73 percent of its customers were already using other ways of banking, such as over the phone or internet banking, as well as other branches.

A Yorkshire Bank spokesperson said: “We only take the decision to close a branch after careful consideration of the impact on the local area, as well as the needs of vulnerable customers and the accessibility of alternative services.

“In the case of Hinckley, the store closed on June 14, 2017 when there were four alternative branches within 18 miles, and a Post Office in the town where day-to-day transactions can be carried out.  Ahead of a branch closure we support customers with digital banking and provide details on the nearest alternative branches, ATMs and Post Office counters, as well as how to contact our customer support teams.”

A Santander spokesperson said: “Whenever we make the difficult decision to close a branch we take into account the location of alternative branches as well as local post offices and ATMs. We also provide every support to customers of closing branches to find alternative ways to bank with us that best suit their individual needs.”

“Whenever we make the difficult decision to close a branch we take into account the location of alternative branches as well as local post offices and ATMs.  We also provide every support to customers of closing branches to find alternative ways to bank with us that best suit their individual needs.”