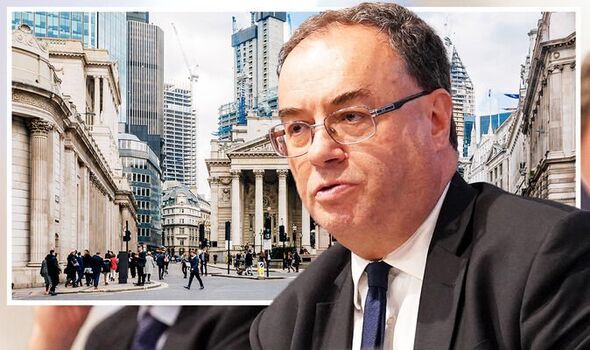 Sir Jon Cunliffe said that rate setters at the central Bank would do “whatever is necessary” to stop the surge in the cost of living. And the Bank’s top economist, Huw Pill, said separately in a speech that interest rates may need to rise at a quicker pace to rein in “uncomfortably high” inflation.

It points to the possibility that the Bank may lift rates by a half point to 1.75 percent in August from 1.25 percent. This would be the biggest single rise made by the Bank since it gained independence in 1997.

Interest rates have already increased for five months in a row to tackle the recent jump in inflation, which has already hit 9.1 percent as the cost-of-living squeeze tightens its grip.

But so far, each rise has been by a quarter point, with the Bank taking a gradual approach as it balances the risk of choking off economic growth.

Research by GetAgent.co.uk found that the proportion of disposable household income required to cover the average mortgage repayment is at by far its highest in a decade, hitting 27.6 percent so far in 2022.

“This will understandably come as a worry to the nation’s homebuyers, who will be facing higher mortgage costs as a result.”

He said: “We will do whatever is necessary to ensure that as this period of inflation goes through the economy, it does not leave us with a persistent domestically generated inflation problem.

“We will act to make sure that doesn’t happen.”

But he added: “What we expect is that the cost-of-living squeeze will actually hit people’s spending and that will start to cool the economy.”

“We can see signs that the economy is already slowing,” he said.

The Bank said in June that it would “act forcefully” to tackle the threat of long-term high inflation.

Mr Pill – who succeeded Andy Haldane in the role last September – was speaking at a central banking conference hosted by King’s Business School.

He said the pledge “reflects both my willingness to adopt a faster pace of tightening than implemented thus far in this tightening cycle, while simultaneously emphasising the conditionality of any such change in pace on the flow of new data and analysis”.

He stressed that “much remains to be resolved before we vote on our August policy decision”.

“How I vote on that occasion will be determined by the data that we see and my interpretation of it,” he said.

Fears are mounting that a recession – as defined by two quarters in a row of falling output – may be on the way as the cost crunch hits consumer spending.

Economists expect the economy to contract in the second quarter and there are concerns output may plunge at the year-end when soaring wholesale energy prices forces the lifting of the price cap again in October.

The Bank has already warned that inflation is set to rise past 11 percent in October.

But Mr Pill echoed Sir Jon’s worries over the threat to growth: “The MPC (Monetary Policy Committee) has to navigate a ‘narrow path’ in managing these risks.”