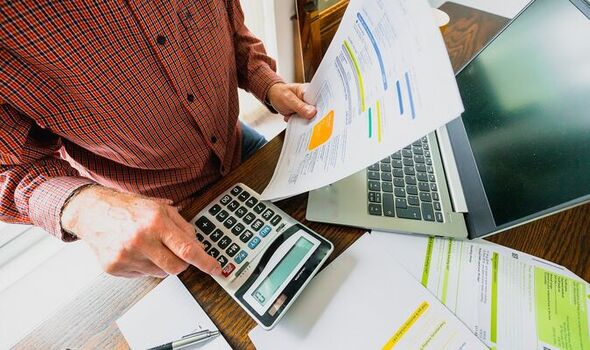 Soaring inflation will have a devastating impact in many areas, the analysis suggests – particularly those where people have fewer savings and less slack in their budgets. Just half of people currently have money left at the end of the month, but this will plummet over the next year, financial services company Hargreaves Lansdown found.

Every area of Britain will see a minimum 30 percent point drop – and in Yorkshire and the Humber only 6.7 percent of residents are likely to have anything left after paying their bills.

Commenting on the “stag- gering” figures, Sarah Coles, of Hargreaves Lansdown, said: “Half of us have enough money left at the end of the month right now.

“In a year’s time, only London will see as many as one in five people in this position… in [hardest-hit] places fewer than one in 10 people will reach the end of a typical month with cash left over.

“Clearly an awful lot of people who have been relatively untouched by the crisis so far will start to feel the squeeze.” Emergency savings are also set to take a battering – the share of people with a nest egg will drop to 57 percent from 62 percent. In the North-east, it will fall seven percent to 44 percent.