Biden adviser grilled by host on fears of 'recession'

The central bank’s Monetary Policy Committee (MPC) opted to increase the base rate from 1.25 to 1.75 percent in an attempt to combat the rising inflation rate. Currently, inflation in the UK is at 9.4 percent but is expected to exceed 12 percent in the coming months as the Bank of England prepares for a recession. Financial analysts are sounding the alarm that the Bank of England’s latest intervention is bad news for investors, savers and homeowners and shows the state of the UK’s economy in comparison to the United States (US) and European Union (EU).

Returns on peoples’ savings are being diminished as the rise in the inflation rate and mortgage holders will see their payments go up due to the new interest rate hike.

On top of this, market analysts believe another base rate increase to 2.25 percent is looking increasingly likely.

Against the US dollar, the British pound sterling has seen a 10 percent year-to-date depreciation of its value.

Similar to the Bank of England, the US’s Federal Reserve is reportedly set to raise its own interest rates by either 0.50 or 0.75 percent.

READ MORE: State pension set to rise next year but 520,000 people will miss out 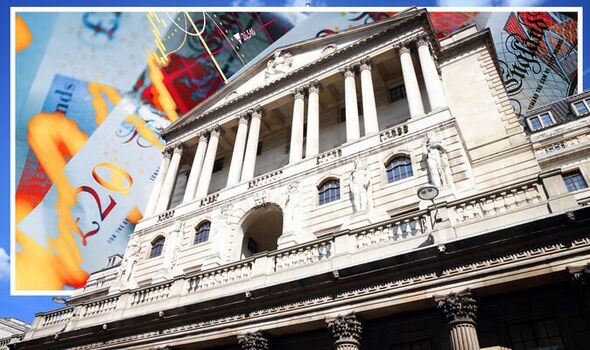 In comparison, the value of the EU’s euro against the British pound sterling looks also to be “under pressure”, according to experts at CMC Market.

Michael Hewson, the chief market analyst at CMC Market, outlined how this week’s base rate hike is affecting the UK’s standing in the global economy.

Mr Hewson explained: “The Thursday announcement from the Bank of England has all the signs of a dovish reaction.

“It has sent the pound sharply lower across the board, with the potential to test key support levels at 1.1980 against the US dollar and 0.8480 against the euro.”

In its announcement yesterday, the Bank of England confirmed the UK is forecast to go into recession in the final quarter of this year.

The central bank also warned that inflation will be the primary issue for the country going forward as its rate will unlikely fall below two percent before 2024.

Inflation is expected to peak at 13.3 percent in October and continue rising throughout next year. 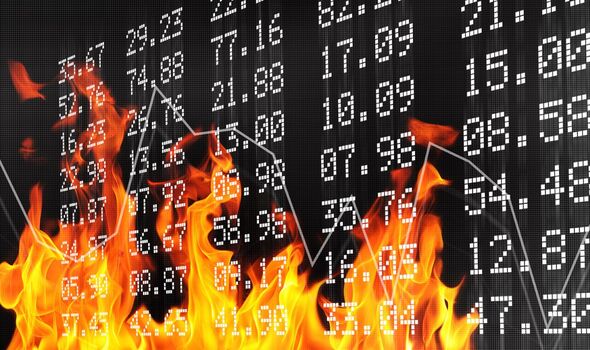 Mr Hewson explained why the UK economy currently “fares worse” to its counterparts in the US and EU.

On the state of the country’s economy, he said: “The UK currently fares worse than both the EU and the US.

“This is due to its closer dependence on energy shocks than the States and less government intervention to soften the blow compared to its European counterparts. Government bonds in all three markets all rose in prices on Thursday.”

James Smith, ING Developed’s Markets economist added: “The fact that the Bank is stepping up the pace of rate hikes while also forecasting a meaningful recession shows just how worried it is that worker shortages and supply issues could keep inflation elevated even as the economy weakens.

“In other words, it’s the supply side of the economy – much more so than what’s happening with demand – that will heavily determine when and after how many more hikes the BoE will stop tightening.

“The Bank will want to see signs that skill shortages are easing and that wage pressures are showing signs of abating.

“Given that only one official dissented on the decision, and the fact that the Bank reiterated its willingness to act ‘forcefully’ to curb inflation, we think there’s a strong possibility of another 50 basis point hike in September – particularly if that’s what both the Fed and ECB end up doing too.”

The Bank of England’s MPC will likely announce another interest rate rise after its next meeting on September 15.