(CNN Business)Walmart, CVS, and Walgreens must pay a combined $650.6 million to two Ohio counties for damages related to the opioid crisis, a federal judge ruled Wednesday.

US District Judge Dan Aaron Polster ruled that over the next 15 years, approximately $306.2 million must be paid to Lake County and approximately $344.4 million must be paid to Trumbull County.
All three companies were found liable for their role in the opioid epidemic in both Lake and Trumbull counties last November. Polster presided over separate proceedings in May to determine how much money should be awarded.

The lawsuit, which was initially filed in 2018, was part of the federal multi-district litigation created that year to address the manifold claims against opioid manufacturers and distributors.

The counties alleged that the pharmacies “abused their position of special trust and responsibility” as registered dispensers of controlled drugs, and in so doing “fostered a black market for prescription opioids,” the complaint reads.

Polster wrote in his ruling that the awarded damages are meant to “address a small piece of a terrible and tenacious and escalating national tragedy.”
“Even if the Court could wave a magic wand and forever remove any existing or future oversupply of legal prescription opioids, and prevent all future diversion of legal prescription opioids into the illicit market, this conjuring would do nothing to reduce the nuisance that would continue to exist in Lake and Trumbull Counties — that is, the widespread prevalence of OUD [opioid use disorder] and opioid addiction,” Polster wrote.

Spokespersons for Walmart (WMT), CVS (CVS), and Walgreens all said they plan to appeal the ruling.
“The facts and the law did not support the jury verdict last fall, and they do not support the court’s decision now,” Fraser Engerman, senior director of external relations for Walgreens, said in a statement. “As we have said throughout this process, we never manufactured or marketed opioids nor did we distribute them to the ‘pill mills’ and internet pharmacies that fueled this crisis.”
Walmart released a statement saying the plaintiffs in the case “sued Walmart in search of deep pockets” and claimed the trial “was engineered to favor the plaintiffs’ attorneys and was riddled with remarkable legal and factual mistakes.”
“Instead of addressing the real causes of the opioid crisis, like pill mill doctors, illegal drugs and regulators asleep at the switch, plaintiffs’ lawyers wrongly claimed that pharmacists must second-guess doctors in a way the law never intended and many federal and state health regulators say interferes with the doctor-patient relationship,” the statement reads.
A representative for CVS said Polster’s ruling is a “misapplication” of the law.
“We strongly disagree with the Court’s decision regarding the counties’ abatement plan, as well as last fall’s underlying verdict. Pharmacists fill legal prescriptions written by DEA-licensed doctors who prescribe legal, FDA-approved substances to treat actual patients in need,” Mike DeAngelis, executive director of corporate communications for CVS Health, said. 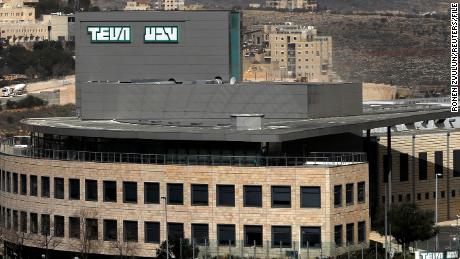 Local leaders in Trumbull and Lake Counties, however, lauded the ruling and said the damages will go toward opioid abatement measures.
Mauro Cantalamessa, Trumbull County commissioner, told CNN that the county hopes Wednesday’s ruling “will signal the beginning of the long road to recovery for the people of Trumbull County.”
“For years, the dedicated frontline workers of Trumbull County have fought to address the harms of the opioid crisis. Through their experience and our efforts in this litigation, we know which mitigation strategies are effective in preventing further damage to our community. The news today means that we will soon have the long-awaited resources necessary to extend aid to properly address the harms caused by this devastating epidemic,” Cantalamessa said.
Lake County Commissioner John Plecnik said his county is investing the $306.2 million awarded to them into tackling the impacts of the opioid crisis in their communities.

“I am grateful to the Court for recognizing the Opioid Epidemic as a public health crisis. This decision holds Big Pharma accountable for the great harm and lives lost due to the overselling of Opioids,” Plecnik said “We hope the legal precedent that Lake and Trumbull Counties have won together will set the stage for the rest of the nation and help end the Opioid epidemic.”
— CNN’s Toby Lyles and Evan Simko-Bednarski contributed to this report.
Source: Read Full Article