Nobody’s noticed, but something really good has come out of the upheaval of the pandemic: more than 100,000 people who’d spent ages searching for a job without success, finally found one. The benefit to them – and the economy – will last a long time.

When I say nobody noticed, I mean no economist or econocrat. The person first to notice was a former economics writer for this august organ, now economics editor for The Conversation website, Peter Martin. 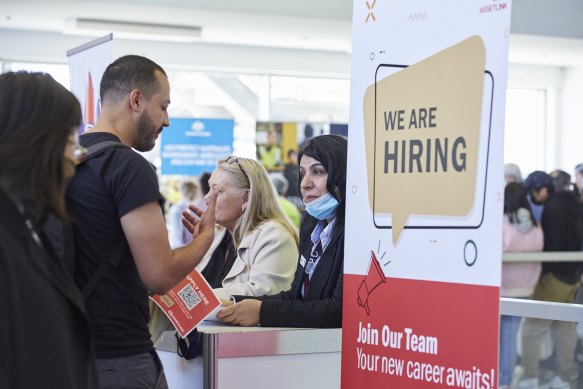 Because no one had experienced a pandemic, and because it was feared initially that the disruption to the economy would be much greater than it proved, both the Reserve Bank, with its cuts to interest rates, and the government, with its spending and tax cuts, responded to the need for lockdowns by giving a huge boost to demand.

The authorities responded as though the lockdowns were an ordinary recession, not something much more short-term and limited to particular parts of the economy. The economy bounced back strongly after each of the two lockdowns.

Normally, much of this increased demand for workers would have been satisfied by bringing in workers from abroad. This time, however, our borders were closed. Worse, we’d sent home many overseas students and backpackers.

So what happened? If they wanted more staff, employers were obliged to be less choosy about the workers they hired.

Some people in the pool of unemployment get to find a job and escape the pool after only a few weeks. Others take a lot longer. And the harsh truth is that the longer it takes you to find a job, the less likely an employer is to want you.

Employers think, “if no other employers have wanted you, why should I risk it?” It’s as though the longer you stay in the pool, the further down you sink until eventually, you get stuck in the mud at the bottom.

The Bureau of Statistics defines “long-term” unemployment as having been jobless for a year or more. The number of long-term unemployed always rises greatly in the years following a normal recession. 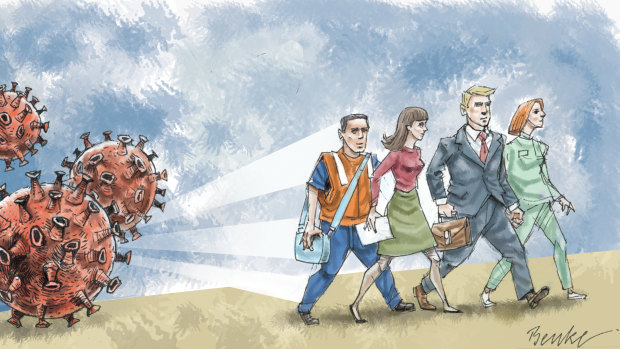 That’s because the normal pattern is for unemployment to shoot up at the start of the recession, but then take six or seven years to come back down.

Among the greatest victims of recessions are students who have the misfortune to be leaving education at the time. Economists say such unfortunates get “scarred” by the long delay in finding an appropriate job. Research shows it can take them up to 10 years to get their careers going properly.

But though Treasury economists feared the pandemic would leave many young people scarred, it didn’t happen because the “coronacession” proved so short and sharp.

This week, we learnt that the unemployment rate has fallen to 3.4 per cent, its lowest in almost 50 years. For the sceptics who think this a fudge, at 6 per cent the rate of underemployment is its lowest in more than 30 years.

This isn’t surprising since 98 per cent of all the extra jobs created since March 2020 have been full-time – suggesting the labour shortage has prompted employers to turn many part-time jobs into full-time.

Since March 2020, the rate of youth unemployment (people aged 15 to 24) has fallen from 11.6 per cent to 7 per cent. And you’d expect the labour shortage to have increased the labour-force participation of older workers, as employers encouraged them keep working or switch to part-time rather than retire.

All this is more than just good news for the people who’ve finally been able to find jobs, move from part-time to full-time, or keep working despite getting older.

It has important implications for the economy’s prospects, and for its ability to achieve lower rates of unemployment before this causes wage inflation to take off. By changing so many people’s category from unemployable to actually employed, it’s increased the effective supply of homegrown labour.

It means a rare conjunction of circumstances – strong demand while the economy was closed to imported labour – has brought about a structural change in our labour market that makes nonsense of economists’ conventional estimates of our NAIRU – “non-accelerating-inflation” rate of unemployment.

When the Morrison government decided to spend big in the 2021 budget to improve its political chances, the econocrats decided to make a virtue of necessity by moving to what I call Plan B: keep stimulating demand to get unemployment so low that employers would have to bid wages up to get all the workers they needed.

This week’s news that wage growth over the year to June has soared to the frightening rate of 2.6 per cent suggests that Plan B hasn’t been a roaring success, and certainly isn’t a reason to worry that labour shortages will lead to wage growth that threatens our return to low inflation.

But the econocrats could claim credit for an unintended consequence of Plan B: it’s helped bring about a long-term reduction in the rate of unemployment.