Qantas has reported an underlying before-tax loss of $1.9 billion as it grapples with the continuing effects of the COVID-19 pandemic but also announced a share buyback.

The national carrier recorded a statutory loss after-tax of $860 million. This is nearly a 50 per cent improvement on 2021 which saw the airline record a statutory after-tax loss of $1.7 billion. 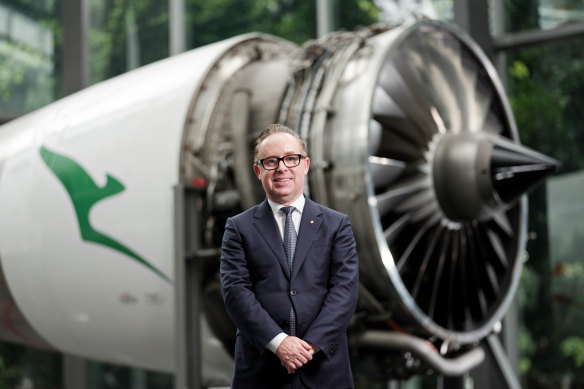 Underlying earnings before interest, tax, depreciation and amortisation was $281 million, 31 per cent lower than 2021.

Qantas will also invest more than $400 million in customer loyalty offerings including new lounges and new routes such as Auckland to New York.

However Joyce said the result shows that the company is showing signs of a rapid recovering from the effects of COVID-19 lockdowns.

“The numbers we’re reporting today put the full impact of the Delta and Omicron lockdowns on the Group in stark financial terms.

“But they also show how quickly – and how strongly – the recovery is now happening.”

The airline’s aggressive cost-cutting program- which axed about 9400 jobs and saved the company about $650 million in 2021- has been blamed for its slipping performance that’s caused thousands of delayed and cancelled flights over the past months, snaking queues and an increase in lost baggage.

It’s left the carrier with a reputation problem the airline is desperate to fix. Qantas formally apologised for its chaotic recent performance on Sunday and extended an olive branch to its frequent flyers, offering them $50 flight discounts, additional lounge invitation and improved reward seat availability.

Qantas has also been crippled by the number of staff falling ill due to COVID-19 and the flu. Sick leave is tracking about 50 per cent higher than usual.

To address the staff shortage, the airline introduced temporary capacity reductions of more than 10 per cent to boost the number of available staff. The airline has also hired about 1500 people, with 80 per cent employed in operational roles such as cabin crew.

The airline awaits a November decision from Australia’s competition watchdog about its proposed $614 million acquisition of Alliance Aviation Services- an ASX listed fly-in, fly-out carrier. The Australian Competition and Consumer Commission has outlined some preliminary concerns about the sale, Qantas supplies about 23 per cent of charter services to Queensland and Western Australia and the acquisition would give them another 30 per cent.