Homes Under The Hammer presenter issues apology to Martin Roberts

Homes Under the Hammer visited Sunderland in a recent episode which saw presenter Martel Maxwell investigate a house riddled with dampness. The mid-terrace property was located in Pallion, a small suburb just a few miles from the city centre, which was bought at auction by first-time bidder Adrian. Though the house was broken in many ways, the buyer, who described the house as “unloved”, was prepared to invest his time and money into bringing it back to life.

The four-bedroom property had a guide price of £35,000 and was sold at auction slightly over budget.

Salesman-turned-plasterer Adrian purchased the Pallion-based home for £40,000 and hoped to transform it into a modern space fit for a family.

Martel Maxwell noted the desirable location of the house, down a residential road just off the busy high street.

On her first visit to the property, presenter Martell couldn’t believe that the single-storey home had four bedrooms inside. 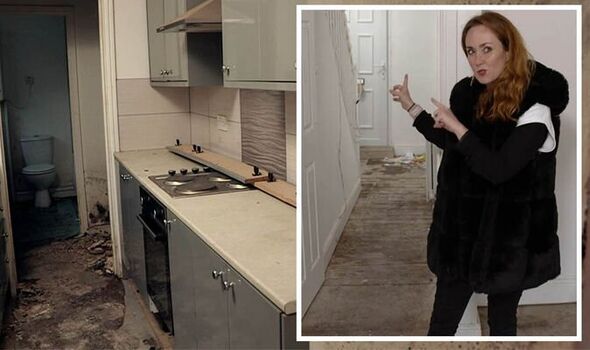 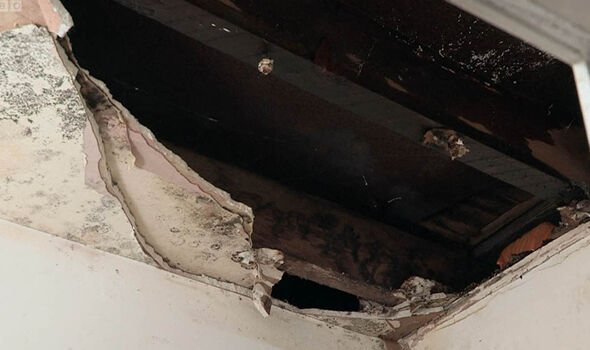 Though it looked as though the house had a loft conversion, the width of the building appeared quite small despite being a standard size for most mid-terrace homes.

Inside, the strong smell of damp filled the abandoned property which looked as though it hadn’t been lived in for some time.

Just by looking around the first room, Martell pointed out that there was “damp everywhere”, caused by a leaking roof and broken radiators.

Smashed windows had been boarded up throughout the house, and the water-logged flat roof meant that black and green furry mould had “flourished” in the soggy atmosphere.

As well as being covered in fungi and having odd holes in the floor and roof, the unlivable property was very cramped too, with limited rooms downstairs. 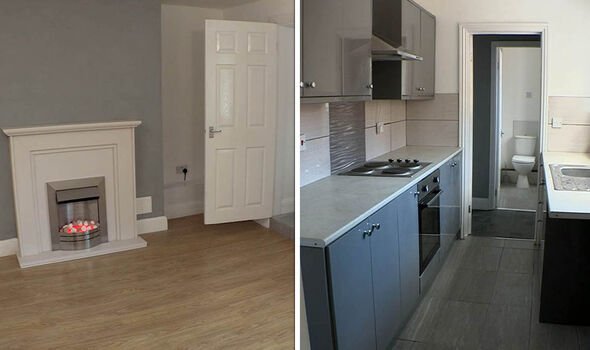 Upstairs, a “titchy-tiny” bedroom was built into the roof space, with two slightly larger rooms slotted next to it within the loft conversion.

Each one had a slanted roof which meant that the height of the ceiling was unsuitable even for the 5ft3in presenter.

The fourth bedroom was located downstairs, meaning there was little space for a living area on the main floor.

Despite needing a lot of work to transform the empty house, it had plenty of elements which could make it into a decent home, as buyer Adrian had planned to do.

With a budget of £5,000, the first-time developer hoped to transform the property into a liveable family home using his own plastering skills and the help of some other tradesmen.

His plan was to turn the downstairs front room into the master bedroom and make three children’s rooms upstairs.

DON’T MISS:
Homes Under the Hammer buyer makes £52k with ‘stylish’ update [REVEAL]
Energy bills: How much does it cost to charge phones and laptops? [INSIGHT]
Is it cheaper to cook food in an oven or frying pan? [ANALYSIS] 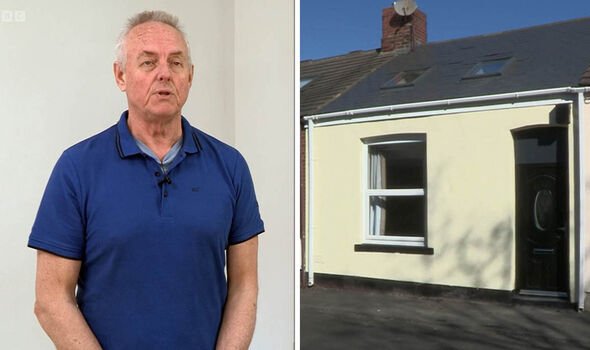 Around five months later, Martel returned to the house on the east coast of England to see how the project had turned out.

When she looked around the home in Sunderland, Martell was impressed by the seamless transformation which saw the old, “unloved” property free of damp and finished to an “above average” standard.

In total, Adrian spent just £4,200 on the full renovation which Martin Roberts described as “quite remarkable” for what he had done to the space.

The exterior of the house had benefited from a fresh coat of paint, a new window and door, and a watertight roof.

Inside, the back reception room was now warm and cosy, and the kitchen had been given a new lease of life at the rear of the house.

A refreshed bathroom suite and four functional bedrooms had been redecorated, with the outdoor courtyard area also now clear of dirt and clutter.

In April 2021, local estate agent Julie Poulton of Martin & Co was invited back to the Sunderland home.

She estimated that the property would sell for around £67,000 on the open market.

Despite having no plans to sell the property, Adrian was able to boost the value of the house by a staggering £27,000 based on the initial investment price of £40,000 which he paid at auction.

Instead of selling, the first-time developer planned to rent out the property for around £550 per calendar month, giving him an impressive rental yield of 15 percent.