Bill Carter, a media analyst for CNN, covered the television industry for The New York Times for 25 years, and has written four books on TV, including The Late Shift and The War for Late Night. The opinions expressed in this commentary are his own.

Over the years, I have been fortunate to be able to talk to Lorne Michaels, the impresario of NBC’s “Saturday Night Live,” on many occasions, both formally and informally, for news articles and books. And one of the things I’ve learned is that when you manage a live 90-minute show that airs 20-plus times a year for 40-plus years, you can fairly say there is nothing that overly excites or disappoints you. That is especially true for Michaels, who is famously imperturbable under pressure, professorially philosophical about the businesses of comedy and television, and consistently medium-cool in his overall demeanor.

But I have to believe he’s just a bit frustrated (though surely still unflustered) about the timing of the show’s 48th season premiere — which will likely air in early October.

Because the FBI raided the home of an ex-president — and that ex-president also happens to be Donald Trump. “SNL” isn’t able to respond with a quick-turn satirical skit featuring FBI agents; subpoenas; boxes of evidence; acronyms; security footage; expired passports; special masters; magistrates; Trump-appointed judges; redactions; padlocked basement rooms; telepathic declassifications; piles and piles of secret documents and unreturned library books. Instead, the show will have to wait.
“SNL” never airs during the summer, of course, and that obviously means numerous significant news events over the past near half-century have gone by without any accompanying satirization on the most successful sketch comedy show of all time.

But this latest news is an all-timer — historic, both in the life of the nation, and in the possibilities for comedy.

Trump has been inescapable for “SNL,” sometimes to the show’s (and surely Michaels’) regret. His presidency generated so much self-parody (an altered map of a hurricane path; efforts to buy Greenland) that it was hard to top him in the writers’ room. His words and actions during his campaign, election and early train-wreck administration provided endless fodder, which “SNL” did not hesitate to exploit.
Right before the 2016 election, Trump sketches became frequent occupiers of the show’s coveted “cold open,” with Alec Baldwin performing a larger-than-life Trump (which is not easy with Donald Trump). Ratings soared, and the show dominated the Emmy Awards in 2017, with Baldwin winning for his Trump work.
But a couple of years later, with Trump still fulminating weekly about something (Russia-gate, NATO, CNN, “SNL” itself), the need to go back to the Trump well again and again seemed a strain on the show’s creativity. Baldwin’s hugely broad take on Trump began to feel almost uncomfortable to watch. Baldwin himself even recently said that he didn’t do a good job impersonating Trump, but rather felt he gave him what he deserved. Though Trump continued to rail about “not funny” “SNL,” the heavy-handed mockery came close to rendering the real things he was doing as unreal.
But then Michaels found James Austin Johnson, who captures the contemporary, stream-of-consciousness Trump, flitting from topic to topic mid-sentence. Surely Johnson has been salivating round the clock, waiting to get back on the air to play Trump talking about the FBI raid.
I have never heard Michaels lament missing an event worthy of his show’s inspired skewering. He recognizes that some events are so much in the news that the audience expects “SNL” to find a sketch that can reproduce them comedically. He told me once that the show is now so identified with parodies of presidential debates (think: “strategery” from 2013) that he feels compelled — sometimes against his better comedic judgement — to do a sketch even when the debate offers almost no easy comedy targets. The first Barack Obama-Mitt Romney debate in 2012 was a good example. The only joke idea the staff could come up with was to highlight how Obama must have been distracted because he gave a surprisingly flat performance. Try finding the hilarity in that.
Surely there would be no such struggle with the Mar-a-Lago document-gate. Top secret documents all over a beach hotel? The image conjures immediate pictures of people in Hawaiian shirts and bikinis walking past coffee tables strewn with classified file folders and somebody bashing open a piñata filled with more top secrets. 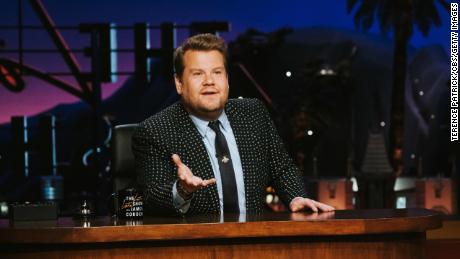 But maybe all isn’t lost. “SNL” has had very little opportunity in the past to have fun with those bloated presidential political conventions, because they are almost always held mid-summer, and some great funny moments were missed. But sometimes the show figures out how to exploit those moments well after they have occurred. Recall the Republican National Convention in 2012 when Clint Eastwood decided to speak to an empty chair next to the podium, pretending it was an “invisible” Obama.
Even though it didn’t air until a couple of weeks after the event, “SNL” offered up a hilariously creative take from Bill Hader, who counts Eastwood among his many impressions.

“SNL” may not get a crack at reproducing the raid on Mar-a-Lago until more than a month after the action, but somebody on the staff may already be working on ways to play catch-up. The field is wide open: What’s really in those docs? Are some still hidden poolside among the guest towels? How many new fanciful explanations will Trump be able to conjure up in another month?
Of course, something new and even more bonkers may emerge in the news before the new season launches; but I’ll take a shot: Even if it’s late to the game, “SNL”‘s cold open to the new season will somehow cover the FBI visit to Mar-a-Lago.
Source: Read Full Article