Graphic design platform Canva is taking on Microsoft and Google with a push into office software as it hopes to justify its $US26 billion ($39 billion) valuation and return to its pre-downturn peak of $US40 billion from late last year.

Australia’s most valuable privately held technology company will expand into word processing as part of a broader play in which its trademark drag-and-drop design tools will apply to new areas, including websites and virtual whiteboards in a substantial expansion of its potential market. 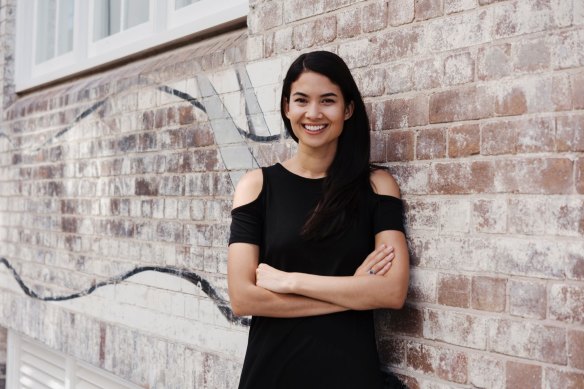 Canva co-founder Melanie Perkins is committed to her “dream job” as chief executive of the company.Credit:James Brickwood

Co-founder and chief executive Melanie Perkins said the new products – chief among which is the Canva Docs writing app – unveiled under the umbrella of the “visual worksuite” at an event in Sydney’s Hordern Pavilion on Wednesday, fulfilled the company’s initial vision.

“Back in 2011 we were like, OK, we’re going to empower everyone to design anything and publish anywhere,” Perkins said on Tuesday. “Those few words took 10 years to do. But we are here.”

The launch puts Canva, which is best known as a rival to Adobe products that let people produce slick social media posts, in competition with the world’s largest technology companies.

Its whiteboard and website tools were unveiled last month but the broader suite of products makes Canva’s market – and competition – clearer.

Microsoft has Word and PowerPoint while Google has its online Docs and Slides tools. Dedicated virtual whiteboard companies Mural and Miro are also valued in the billions, albeit at less than Canva. Website design, too, is a contested space.

Like the rest of the technology industry, Canva has endured a harder market this year than last. Its major investors, including the Australian venture capital firm Blackbird that has ridden its success more than any other, dropped the value of the company from $US40 billion to $US26 billion in July while some others went even lower.

But Canva has played down those concerns, pointing to its $US700 million in cash reserves and continued hiring.

Unlike a wave of technology bosses who have left their roles in recent months, from top leaders at accommodation booking company Airbnb to cult spin bike fitness firm Peloton, Perkins said she was committed to staying in the top job.

“It is my dream job,” she said. Far from resting on Canva’s achievements, Perkins gave a different analogy. “We’ve created the foundations of a city and we’re getting to build now … magical things that haven’t been done before.”

She pointed back to Canva’s early investor pitches. “What’s your total addressable market?” Perkins recalled investors asking, referring to a measure of how many potential customers a business could reach. “And we’re, like, the whole world. And the question for us was then and still is now, how much of that world can we empower with design.”

A key feature Canva emphasised on its Docs tool is an ability to turn a vertically scrolling document into a segmented, horizontal series of slides with one click.