Westpac is looking to narrow the digital gap on its rivals by rolling out budgeting and expense management tools on its app, as digital services become the latest battleground for lenders chasing younger customers.

As Westpac works to turn around a period of underperformance, its head of consumer and business banking Chris de Bruin conceded the bank has had to play catch-up when it comes to offering personal financial management tools on its app. 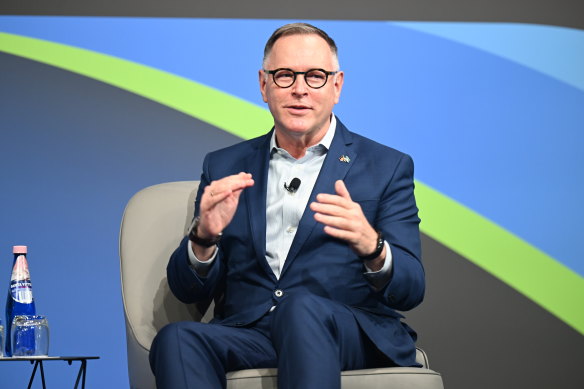 The lender has now addressed the gap, as it prepares for a world where customers are more likely to share their financial data, by incorporating features from an app called MoneyBrilliant into the Westpac app.

The bank bought MoneyBrilliant last year from AMP for an undisclosed sum.

The new features include allowing customers to track their spending and monitor monthly income and expenses – features that are already provided by some rival banks’ apps.

“Our app is immensely usable, but this has been the obvious gap, that these tools have not existed,” de Bruin said.

The move comes as banks are increasingly competing through the strength of their apps. Lenders are competing to roll out features they say will help customers manage their finances, but also make people more “sticky,” or less likely to switch to a rival bank.

“I think it is a crucial battleground. The reason is simple. If you think about how we interact with our customers – we interact 30 times more with customers using digital assets than physical assets,” de Bruin said.

“If you’re poor in digital you’re just poor. There’s no longer this idea that ‘I’ve got a great physical bank with a fantastic branch network, and oh, over here I’ve got an app for those few people who are digitally savvy.’ That’s gone,” de Bruin said.

Commonwealth Bank, which is Westpac’s biggest rival and regarded as the technology leader of the big four, has invested heavily in using its app to provide customers with personal financial insights, as well as promoting deals on behalf of its business clients.

In another sign of the technology battle underway between banks, ANZ on Wednesday said its recently launched digital platform ANZ Plus had obtained $500 million in deposits since launching, and had 40,000 customers. ANZ has been heavily promoting the platform and paying more competitive interest rates, as it tries to attract deposits.

After the Reserve Bank last week raised official interest rates by 0.5 percentage points, ANZ said it would increase savings account rates on the Plus app by 0.3 percentage points to 3 per cent. Over this month and August, this product has increased savings rates in line with the RBA’s changes to official rates.

Westpac says it has 5 million digitally active customers, and de Bruin said rolling out the new features in its app would be a key step forward in Westpac’s digital strategy.

Westpac said it also planned to introduce features that will allow customers to view accounts held with other banks through the app, as the industry gears up for customers to gradually make use of the data-sharing regime known as “open banking.”