(CNN)Angela Gregg’s 4-year-old son, Mychal Moultry Jr., known to loved ones as MJ, was killed by a stray bullet while getting his hair braided last year during Labor Day weekend in Chicago’s South Side neighborhood Woodlawn.

She remembers him as a genius who was set to skip ahead to kindergarten after just two weeks of pre-school. He was full of life and didn’t call her “Mom” or “Mommy” but “Happy.”
Gregg recalls having to move mountains to get any public and media attention on his case. Like many people, she was horrified by what happened in Highland Park, Illinois, on Monday, but she couldn’t help but notice the difference in reaction to the tragedy that shattered her world. MJ was Gregg’s only child, and in the 10 months since his death, no one is in custody for the boy’s homicide and the investigation remains open.
But she was not surprised by the attention and support Highland Park received because it’s a predominantly White Chicago suburb, she says. Gun violence is so normalized in Chicago’s South and West sides, that it doesn’t receive the same concern, she says.
“I thought there would be more outcry for a 4-year-old whose life was taken away, and I just didn’t see that,” Gregg says. “We see it all the time, the difference in how Black and Brown children are treated.” 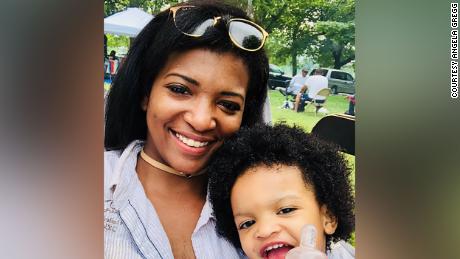 As the nation was shocked by the premeditated mass shooting in Highland Park, residents an hour away on Chicago’s South and West sides were grieving a death and injury toll that surpassed that of Highland Park. This July 4 weekend in Chicago, at least eight people were fatally shot and 68 injured by gun violence.
Gregg and community advocates say they aren’t comparing which tragedy is worse and stand in solidarity with the Highland Park community. They just want to see the same compassion and urgency to find answers as seen in Highland Park in the South and West sides — where they say there’s almost an expectation and acceptance of gun violence with little attention or resources paid.
According to Chicago Police Department data, the city of Chicago saw a 53% decrease in homicides this year compared to last July 4 weekend. But residents say that doesn’t ease the sense of exasperation they felt following this past weekend’s gun violence.
In 2021, Chicago experienced one of its deadliest years in the last quarter-century with almost 800 homicides. MJ was among the youngest victims. In the summer alone, 1,606 people were shot in a single three-month period.

‘These kids all hit the ground’

Corey Brooks, founder and senior pastor of New Beginnings Church of Chicago, says in city’s South and West sides, there’s a constant fear among Black and Brown youth that they’ll be the next victim of gun violence. He recalls being at a playground with a group of kids last summer when gun shots broke out, and all the kids playing in the area immediately ducked down to the ground.
“In any other neighborhood, kids would have probably took off running, but these kids all hit the ground,” he says. “What a sad commentary that these kids know, ‘OK, somebody’s shooting, hit the ground.'” 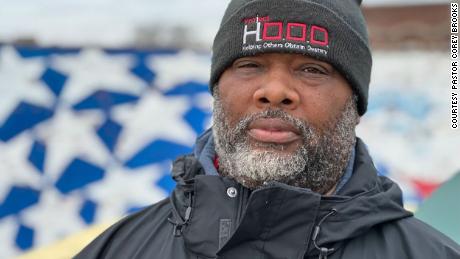 Brooks is also the founder and CEO of Project Helping Others Obtain Destiny (HOOD), a non-profit organization focused on ending cycles of poverty and violence that provides mentorship to Chicago’s Woodlawn and Englewood residents.
Brooks says predominantly Black and Brown neighborhoods like Woodlawn and Englewood are heavily affected by gun violence, alongside other communities in the South and West sides like Austin, Roseland, Back of the Yards, Humboldt Park and more. What ties these communities together is poverty and lack of resources, which means they get neglected, he added.
In Highland Park, the median household income is $147,067, according to 2020 Census data, over five times more than the median income in Woodlawn that sits at $25,450, according to a 2021 report from the Chicago Metropolitan Agency for Planning.
Following the Highland Park mass shooting, politicians including Vice President Kamala Harris, Illinois Gov. J.B. Pritzker and Sen. Tammy Duckworth visited the community. 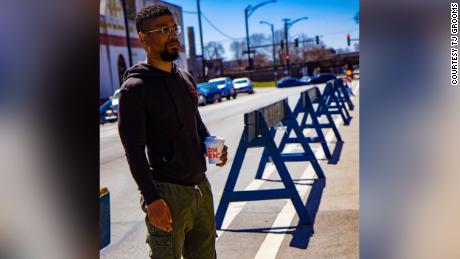 TJ Grooms, an assistant pastor of New Beginnings Church of Chicago who’s also a manager with Project HOOD, says he wishes these politicians would also have visited Chicago’s South and West sides and shown the same insistence to offer condolences to the families impacted by gun violence over the July 4 weekend.
“If you are in a position of power, you must make sure that the same energy and the same effort that you put in one area is put in the other,” Grooms said. “I will not visit an area like Highland Park and then not show up to the other end of the spectrum.”

They’re no longer allowed to be children

Grooms says mental health among the Black and Brown youth in Chicago’s South and West sides is a major issue in connection to gun violence. Young people are left traumatized and don’t know how to deal with these violent experiences, forcing them into “survival mode” where their childhood is stripped from them, he added.
In the months since MJ’s death, Gregg also struggles with the trauma and void of losing her only child. But she’s also become a youth activist.
The weekend MJ was killed still haunts her. She and MJ were in Chicago for Labor Day weekend, visiting from Alabama so he could spend time with his father, Mychal Moultry Sr. 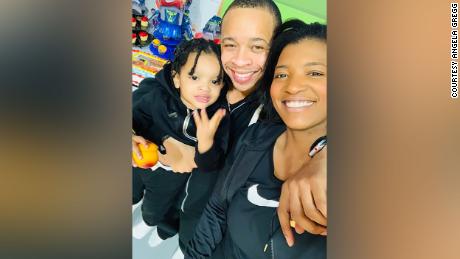 As MJ and his dad were bonding and getting their hair braided in a family friend’s Woodlawn apartment, bullets flew through the window, hitting the boy twice in the head. That same holiday weekend, five other people were killed and at least 61 others injured in gun violence throughout the city.
Just days later, Gregg and Moultry Sr. were making funeral arrangements.
When a family loses a child to gun violence, funeral costs can present further hardship and pain. In April, the Illinois House and Senate overwhelmingly passed the Mychal Moultry Jr. Funeral and Burial Assistance Act, in which the state provides funeral and burial payment assistance to low-income families for children under the age of 17 who are murdered by gun violence.
Gregg says it was great to see the state absolve some of the financial burden, but she wants to see legislators focused more on preventing gun violence in the first place so there aren’t any funerals that need to be paid for.
“It’s two completely different worlds,” Gregg says. “We were able to get that legislation moved within about six or seven months after MJ passed, but the laws to actually prevent this from happening in the first place, they’re still in limbo.”
Gregg says people are becoming desensitized to gun violence in Chicago and the impact it has on youth, families and the broader community.
Brooks says he wants Black and Brown youth in neighborhoods like Woodlawn to live in safe environments and grow to reach their full potential. If the same level of care and compassion was being shown in Chicago’s South and West sides as in Highland Park, he says there would be more resources and solutions directed toward the communities to combat gun violence.
In the aftermath of the Highland Park mass shooting, community members left behind strollers, lawn chairs, bikes, shoes, toys, blankets and more. In Chicago’s South and West sides, Grooms says tangible items are not what’s lost when mass shootings happen in the community nearly every day.
“What’s left behind is innocence, what’s left behind is sensitivity, what’s left behind is hope, what’s left behind most of all this justice,” Grooms says. “We don’t get justice for our babies and our teenagers that are shot and killed, and it’s very rare that we see the people that kill someone be brought to justice.”
Source: Read Full Article