Homes Under the Hammer visited Copley in a recent episode, where Martin Roberts looked around a large three-bedroom property which had many of its period features still intact. The traditional stone-built home had a guide price of £119,950, which Bill saw as an opportunity to transform into a family home to share with his young daughter. While the house had great curb appeal from the offset thanks to its large size and generous garden space, the inside of the property was teeming with cracks and dampness which could be spotted on the walls and ceilings, all of which were decorated in various shades of pink and red.

The period property sold for £125,000 at auction to an IT manager from Hartlepool.

While the buyer was surprised at the “cheap” sale price, the notoriously cold region, which is home to the Copley weather station, meant that the house struggled with damp, having not been lived in for some time.

Set on a generously sized plot of land, the house itself was a large square-shape, with a huge out-house building located in the spacious yet rundown garden.

Despite the property’s somewhat neglected appearance, presenter Martin Roberts noted that it was “characterful” and had great potential to be transformed into two separate houses with the right planning permission to build in the outside space. 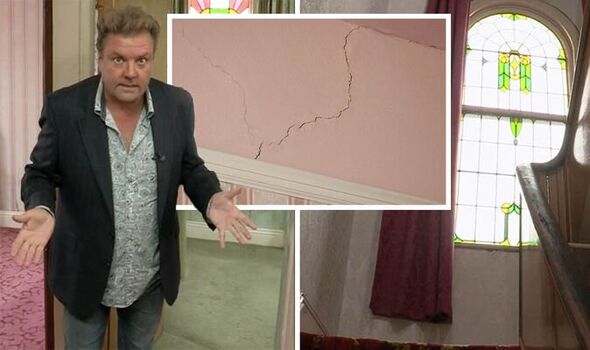 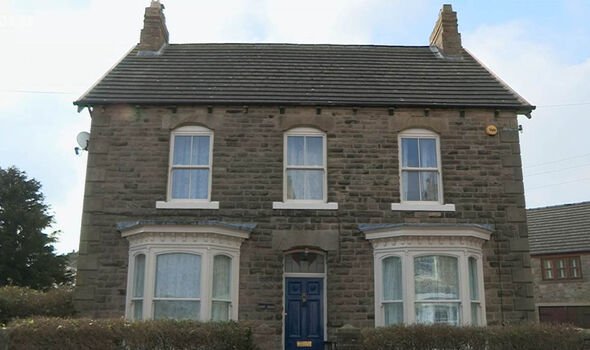 Red carpets and pink, textured wallpaper could be seen throughout the property which had been largely untouched since the previous owner left.

With nothing obviously ripped out of the house, Martin noted that the lucky buyer would have “lots of original features to discover” throughout the home, in addition to the visible details.

A striking double-storey stainglass window and ceiling roses around each light fitting were just some of the well-preserved features in the home, though an odd drop-down into the poorly designed kitchen was questionable downstairs.

The dated property was “typical of its day”, with two lounges and old fireplaces seen in the main rooms and “nice proportions” throughout. 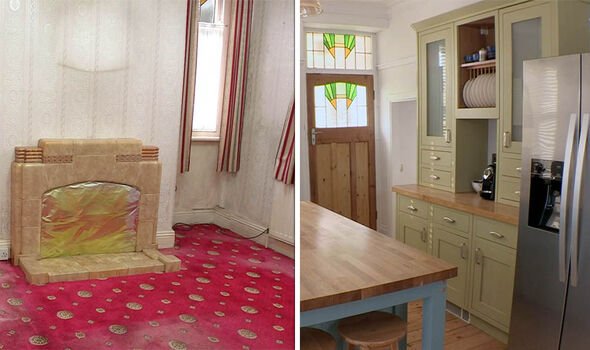 Upstairs, the property had issues with “historical” cracking in the ceilings, which was caused by an unsupported wall.

All three bedrooms were brightly decorated in baby pink and blue, though there was plenty of space for buyer, Bill, to work with.

Outside, a dark, gloomy garden was filled with an “extraordinary” outbuilding containing a toilet and shed area.

Separate access to the road made for the perfect “in” to build a brand new property on the same plot.

However, the successful bidder had no intention of adding to the size of the house, and instead, focused on reviving it to its former glory with a modern twist. 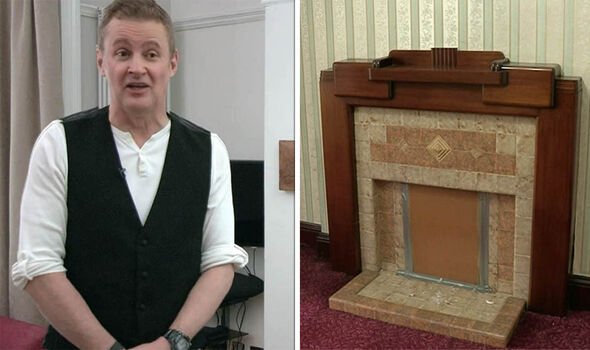 Bill told Martin that it seemed “a shame to sell on”, and instead, would renovate for his own use.

With plenty of dreams and high hopes for the end result, Bill had planned to transform the property with a starting budget of just £7,000, though he hoped to secure around £30,000 to spend on the total project.

He allowed himself “at least a year” to really “unearth the potential” in the house, though it took much longer than he hoped.

After a staggering four year wait, Homes Under the Hammer finally returned to the property to see what he had done with the place.

Downstairs, the two living rooms had been opened to form a modern space, with a cosy lounge and modern kitchen at either end. 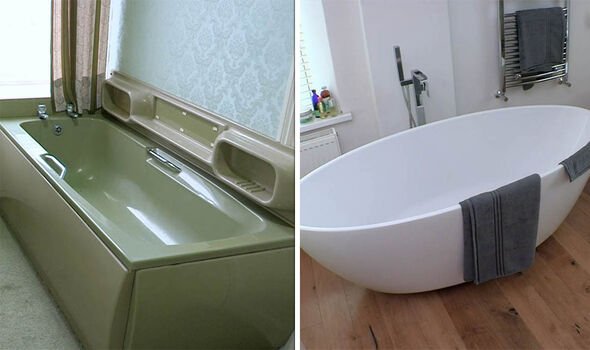 The result was “a great mix of old and new”, with the stained glass window still centre stage on the stairwell.

Upstairs, the bedrooms were clean and contemporary, with one sweetly decorated in pink and purple furnishings for Bill’s young daughter.

A stunning new bathroom was the “star of the show”, featuring a free-standing bath and modern finishes throughout.

While the house looked incredible both inside and out, the buyer explained that “hidden nasties” made for a “nightmarish” renovation to resolve issues with cracks, insulation, and flooring.

The house itself was the only area that had been completed, with Bill yet to start work on the outhouse building and garden space.

Despite the renovations being incomplete, the detached property was given a market sale value of between £200,000 to £220,000.