A new gene therapy being developed by CSL for haemophilia B has the potential to overhaul patient treatment times and, according to market watchers, unlock significant market share for the ASX-listed biotech giant

CSL started developing the treatment, known as EtranaDez, after inking a $655 million deal with genomic medicine company Uniqure back in 2020. The US Food and Drug Administration is expected to make a call on whether to give the product the green light by the end of this year. 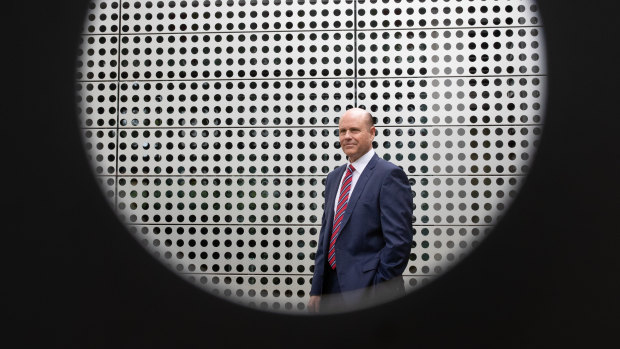 CSL boss Paul Perreault told this masthead earlier this year he hoped to launch the product in the next calendar year. Credit:Jason South.

Patients with haemophilia B lack the blood clotting protein Factor-IX, and currently have to undergo regular intravenous treatments. EtranaDez aims to free up patients from the need for frequent treatment sessions, by instructing their cells to produce the clotting factor that they lack.

As the date of the FDA’s decision approaches, experts have started to run the ruler over the potential benefits of the drug, with Boston-based independent non-profit, the Institute for Clinical and Economic Review (ICER), publishing a draft report on the treatment last week.

The group’s panel of experts have reviewed the evidence for the treatment and run models for the cost-effectiveness of the drug, assuming a “placeholder price” of $2.5 million in the US market.

No prices are set yet for the product because it has not yet been approved, but the draft report suggests EtranaDez offers cost savings for a patient across their lifetime compared with other available treatments.

The ICER report also notes that gene therapies for haemophilia are “a major step forward” for patients who otherwise need regular and time-consuming injections.

CSL boss Paul Perreault told this masthead earlier this year the company was very excited for the treatment to be one of the next CSL research and development projects to hit the market.

“It will be in the second half of this fiscal year when we look to hopefully get the approvals and launch that project,” he said.

Wilsons analyst Dr Shane Story wrote in a note to clients that the drug will further enhance CSL’s existing haemophilia franchise, while also letting it secure further market share in the haemophilia B marketplace.

He said the ICER report “frames the potential benefit of a one-time prophylactic injection which could stabilise the [haemophilia B] for years”.

Meanwhile, Macquarie analysts have also marked EtranaDez’s launch as a positive for CSL’s earnings pipeline into 2024.

However, Credit Suisse analysts are not expecting any short-term gains if EtranaDez is approved, but noted in a paper earlier this year that there’s an opportunity for CSL to capture a bigger slice of the haemophilia treatments market into the next decade.

“We forecast peak sales of $US400 million with $US200 million upside to CSL’s FY34 earnings,” its equities team said.